Lucifer brings the real Charlotte Richards into the mix while Lucifer continues in his efforts to resolve his Daddy issues.

Charlotte Richards is a character we haven’t seen on the show before other than a couple of fleeting glimpses. When she was introduced Lucifer’s Mother had already gained possession of her and remained inside the vessel until the real owner of the body makes a brief appearance in the final episode of last season. 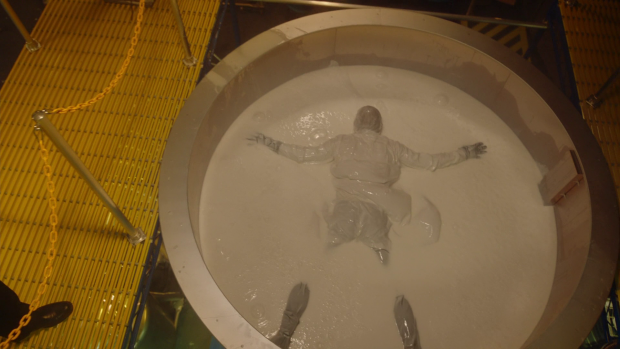 The show didn’t spend a lot of time exploring the implications of the loss of Charlotte in her own life last season other than Lucifer’s punishment being to force her to live Charlotte’s life. It came into play in various ways mostly involving her lawyer career but it was far from the focus.

Her return is very much focused on the aftermath of that experience. It turns out that she has no memory of the past few months and has to live with the consequences of her husband leaving her and struggling to get visitation rights for her children. The whole ordeal has been devastating for Charlotte’s life and the fact that she has no idea makes it interesting to watch play out. Tricia Helfer does an excellent job playing a character with just enough of Lucifer’s Mother’s mannerisms while also being an entirely different person.

Further to that is the relationships the other characters had with the other occupant of her body. Dan and Lucifer treat her with a large degree of familiarity which confuses her endlessly. There’s a darkly comic tone to the whole thing as the episode works to explore how Charlotte reacts to it. Her memory loss is something she denies to everyone she knows which means she plays the part of a woman who knows exactly what she’s been up to when she actually has no idea. This makes the interactions play out in really interesting ways as she tries to guess what her relationship with someone is. Thankfully Dan fills in the gaps and asks for the explanation she unfortunately can’t give him. Dan feels humiliated and rejected by the whole thing which is definitely classic Dan as far as he has been handled. 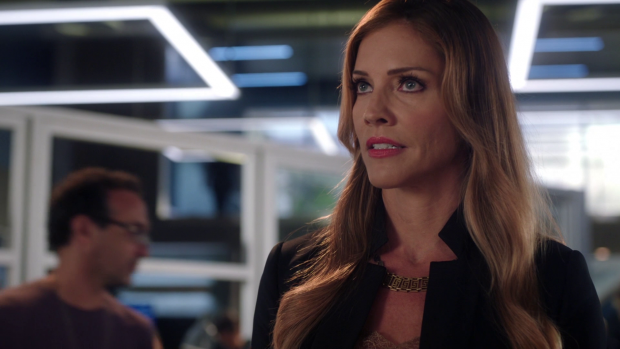 Having her turn up to seduce Lucifer is a scene that works on every level. Tom Ellis’ command of physical comedy in this scene was sheer perfection. It was hilarious watching him do everything he could to escape this painfully awkward scenario to the point that he tries to climb the piano to get away from her. She may not be his mother any more but it’s an image that Lucifer can’t shake and I imagine it will result in a few more billable hours for Linda.

The accountability as far as Charlotte’s role in the episode extends to her past misdeeds before any cosmic being took possession of her body. As a lawyer she was on the morally murky side of things and has represented some very shady characters over the years. While Lucifer’s Mother was using her body the real Charlotte was in Hell being tortured for her morally repugnant behaviour. Now that she knows what the punishment might be she it eager to turn over a new leaf and stop trying to prove that criminals are innocent of the crimes they definitely committed. 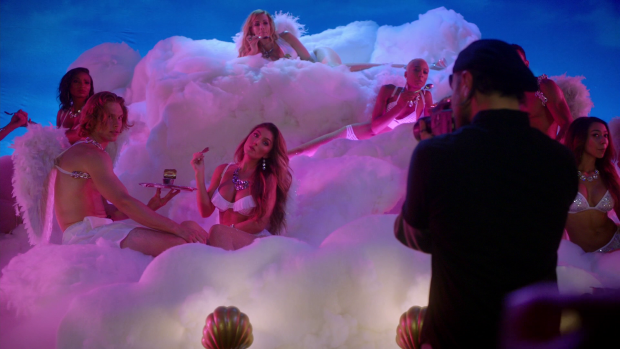 A strange way to advertise pudding!

I really like the resulting dynamic between Lucifer and Charlotte who are both aiming for redemption in their own way. Charlotte finds it difficult to be a “good person” because she has so little experience thinking of others and Lucifer has his own problems trying to be “good” in the broad sense. There’s a sense that this dynamic will evolve and since Lucifer finds the very idea of sleeping with her incredibly repulsive it could amount to Lucifer having a relationship with a human woman without a sexual component to it.

The case of the week being a murder in a pudding factor is just the sort of madness that makes this show great. It just so happens to be the brand of pudding that Dan favours which makes him torn between enjoying his favourite snack and the thought that someone died in a vat of it. The mechanics of the case were really amusing as well from the suggestion of a suicide to the reveal of poisonous chemicals as part of the recipe. A sweet snack slowly killing those who eat it is a really dark idea that Lucifer treats with the usual light touch and there’s even a bit of continuity hilarity when considering that every time Lucifer or Maze stole Dan’s pudding they were saving his life albeit accidentally.

I like how the case itself acts as a backdrop for the lesson Chloe learns about being “good” by observing Charlotte. For her it isn’t about doing right by anyone else but herself so the true heart of the lesson is missed. This neatly fits into Chloe trying to stop Trixie from swearing. It’s something she won’t stop doing because she doesn’t understand why it’s something she shouldn’t do. It isn’t until Chloe sits her down and explains that swearing can make others feel bad and she knows that Trixie isn’t the type of person who likes to make others feel bad hence the attempt to stop her swearing. Trixie eventually understands the meaning of the lesson and the swear jar becomes unnecessary but Chloe had to experience others misunderstanding lessons before realising that context was key.

As always I felt that parts of the case dragged on a bit. It was standard Lucifer fare for the most part with various comically tinted investigation scenes filled with casual innuendo from Lucifer before the solution eventually presents itself. There were some very slight alterations such as Chloe manipulating Lucifer by appealing to his debaucherous instincts as he ignore the opportunities in order to solve the case and a clever team-up to allow the criminals to incriminate themselves. 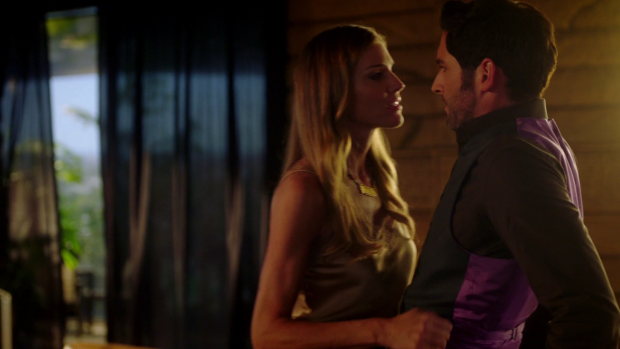 Oedipus would be proud

An excellent episode that reintroduces Tricia Helfer in a really interesting way. Exploring the consequences of Lucifer’s Mother inhabiting her body greatly feeds into the overall theme of accountability explored through many of the characters. Charlotte is being held accountable for the actions taken by the other occupant of her body and she has no memory of where it went wrong though is eager to avoid ending up in Hell so tries to be a better person as a result. This mirrors Lucifer’s attempts to be better in really interesting ways and the dynamic between them is well handled. Chloe’s observation of Charlotte’s attempts to be “good” allow her to better impart a strong lesson to Trixie in a way she can understand which works very well.

As always the mechanics of the case were amusing but very little else. There were some reversals of the standard role and the clever Chloe/Lucifer team-up to get confessions out of the killers was a nice touch but it amounted to the usual procession of scenes investigating people while Lucifer said inappropriate things. Fairly standard and somewhat uninteresting.