“The Scorpion and the Frog”

Supernatural  continues to focus on Jack’s disappearance as Sam and Dean are roped into a heist that brings the promise of finding Jack if successful.

This show has played with a wide variety of episode formats over its long life span. Since many of those experiments have been successful it’s clear that Supernatural can do interesting things with an off format episode with many of them being highlights of the series as a whole. 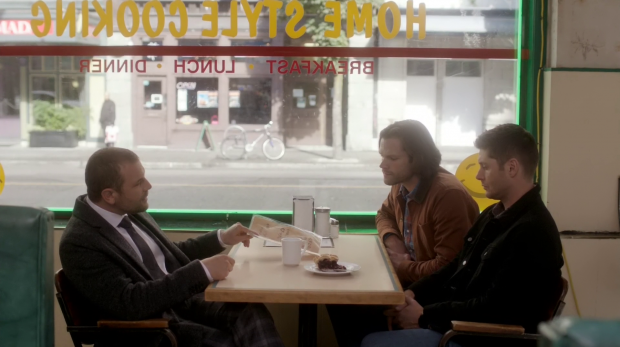 An offer they can’t refuse

As fas as I recall a heist isn’t something that has been attempted before so the prospect was immediately intriguing as it makes for a break from the norm and places the characters in situations that they aren’t necessarily used to. We’ve come to expect Sam and Dean to turn their hand to pretty much any situation and muddle through. A lack of familiarity creates an opportunity for comedy and working their way through something new is easy character development.

Of course the possibility exists for an off format episode to feel like filler and this episode suffers in that regard. Some time passes, very little is accomplished and the episode ends. In this particular case the existence of the episode is justified by the overall entertainment value but it’s also something that could be skipped if you’re only looking for what is relevant to the overall season arc.

The story here is really simple and well told. A Demon named Barthamus or Bart for short (David Cubitt) brings a proposition to Sam and Dean. He will hand over a spell that could be used to locate Jack in exchange for their help liberating a high value item from a safe owned by a private collector. Some of the running time is devoted to Sam and Dean questioning whether allying themselves with another Demon is the right thing to do. Dean says that he feels like he’s done with that after Crowley. It’s somewhat amusing to see Dean admit this as it suggests that he misses the back and forth he had with Crowley and doesn’t want to slum it with a Demon who can’t measure up. It’s a very small character beat but an able callback to the long relationship that Dean and Crowley had. 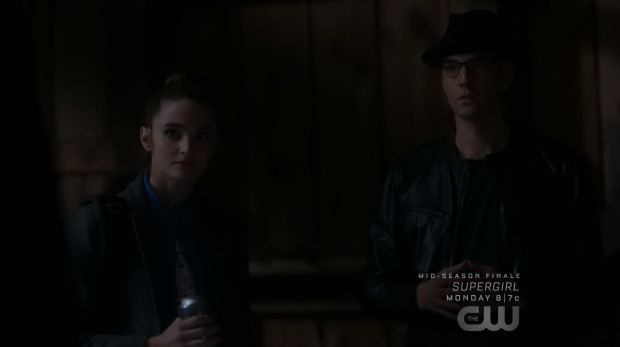 Bart is a really engaging character in his limited appearance. David Cubitt has plenty of charisma and fits in well with the established Sam/Dean dynamic. He seems like a Demon of import and influence while having enough of a duplicitous edge to make him really untrustworthy. A lot of this is down to the performance but he definitely comes across as more than a one shot character.

Bart is a Crossroads Demon which means that deals are his stock-in-trade. People want something and he provides it in exchange for something else. The payment is normally the soul of the person who made the deal though this episode flips that on its head somewhat by having Bart initiate the exchange. It’s not something that is explored in any great detail but it is slightly different from the norm and that’s enough especially since there isn’t much to say about the Demon being the more desperate party.

This desperation pays off when it is revealed that he is looking to retrieve his own bones. Shrike having them in his possession would be a terrifying prospect as it means that Bart could be killed at any time without warning. Living with that uncertainty would be terrifying even to a Demon so the reason for his plan hangs together really well. 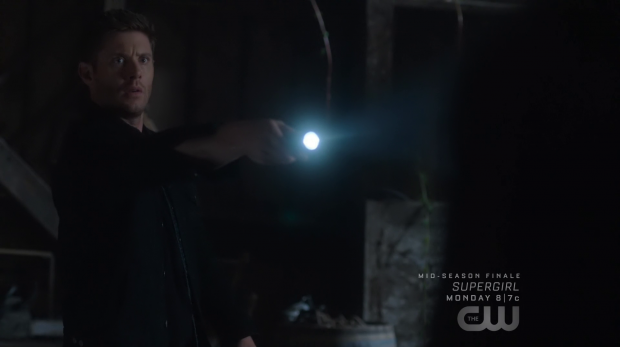 Sam and Dean don’t find themselves disadvantaged as characters by what is offered to them. Instead of blindly accepting the terms they do so on the secret proviso that Bart will be killed once he hands over the spell. of course it will never be that easy but having the main characters aware that they can’t really trust a Demon makes them intelligent and is in keeping with their hard earned experience.

The heist portion of the episode is entertaining enough. Taking time to establish the background of Luther Shrike (Richard Brake) was a good move as it builds him up as a legitimate and knowledgable threat. Starting off with him being little more than an obstacle before revealing that he’s a more sympathetic character with a really tragic backstory worked really well as it puts the audience in Sam and Dean’s shoes by learning the information at the same time they do. Making a deal to save the life of his son only to lose him 6 months later is really tragic irony and changes the narrative in a really organic way. It starts off with the implication that Bart is the lesser of two evils and ends up with Shrike being the wronged party. The regret on Sam and Dean’s face said it all though the fact that they were duped by yet another Demon doesn’t paint them in the best light.

It technically qualifies as a twist though the clues was in the title. The fable of the Scorpion and the Frog is a very well known story with the simple moral message that it’s dangerous to trust someone/something to behave outwith their nature. Sam and Dean put some of their trust in a Demon and it turned out that they were wrong to do so as Bart’s agenda wasn’t something communicated to them so they put their trust in him on false pretences. They were punished for this by his betrayal and hopefully it teaches them to be more careful in future though I suspect it won’t. 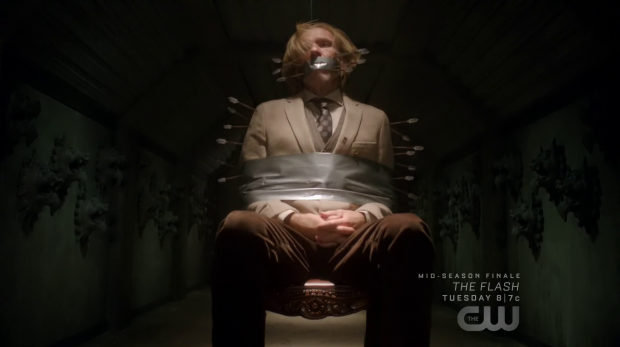 Outside of this there were some really good moments such as Dean becoming a Human compass with a great physical performance from Jensen Ackles, Dean unlocking the vault and circumventing a poison dart trap by pushing the immortal Shrike through the chamber so that he could use up all the darts. They’re very quick moments but very well handled all the same. The approach keeps the tone light and the episode itself easily disgestable.

Bart’s two assistants; Smash/Alice (Christie Burke) and Grab (Matthew Kevin Anderson) were a great addition though were featured all too briefly especially in the case of Grab who finds himself killed very early. Alice was a really interesting character with her own tragic backstory involving her continuing to work with Bart so that he doesn’t collect her soul. The events of this episode mean that she’s free of that so there’s the potential for her to return with her skills. Her interactions with Sam and Dean were very watchable making her return a welcome prospect.

Even though the other half of the spell is destroyed and the Winchesters are left with nothing to show for their efforts other than the freedom of Alice which is definitely important in the sense that Sam and Dean continue to be able to save people here and there but bears little relevance to the season as a whole. The final scene where Dean expresses optimism surrounding finding another way to locate Jack was a really nice moment and shows real progression from Dean’s more morbid outlook before this point. Sam points out that he’s glad and the brothers share a beer to celebrate their victory even though nothing major was accomplished. 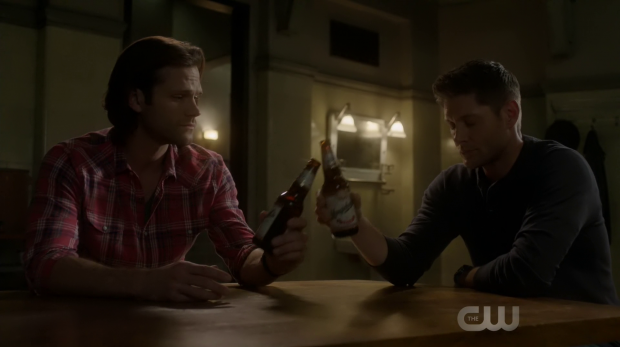 An entertaining yet inconsequential episode that plays around with an untried format. The heist portion of the episode was nicely done with wonderfully played tongue in cheek moments. Bart was a good Demon character who felt like he could have been more than a one episode problem. The performance of the actor largely elevated this but there was more potential there than was explored.

The story itself is simple yet effectively handled with an impressive twist telegraphed by the title of the episode that is satisfying when it appears. Revealing that Shrike is a sympathetic character works in the context of the story and keeps the audience perspective the same as Sam and Dean’s which allows the reveal to land.  Having Alice be a character who is saved by Sam and Dean’s efforts while having an opportunity to interact with them in a natural enough way also works well as it adds mode depth to the story. Ultimately this is a disposable episode with little bearing on the season as a whole but it accomplishes what it sets out to do and ends on a sincere brotherly moment.