Thunderbirds Are Go continues its second season with a mission for John as he helps a GDF officer deal with a haunted ship.

On the surface this seems like a great idea that could be full of terror and suspense so it’s a shame that it amounts to another story involving stupid people being in danger. and wastes all potential it had. 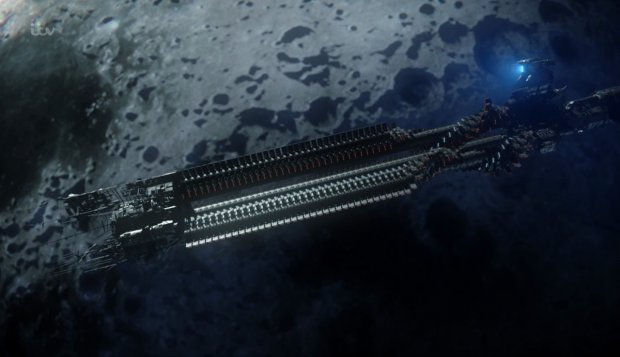 This is a kids show so I’m not expecting Alien levels of terror but this episode missed a trick when it came to creating a creepy atmosphere that would unsettle younger viewers at the very least. The main problem is that the episode was very fast paced which meant that no time could be taken to let any atmosphere sink in since the plot was onto the next thing.

The whole ghost thing was ruled out pretty quickly as it became obvious that the ship’s internal defences were being triggered by the onboard computer to create the appearance of a haunting. Since the characters don’t buy into the haunted ship idea it means that the audience has no chance of considering it as a possibility.

If the episode had done more with cavernous empty spaces then it could have been really unsettling since there was lots of scope for unexplained noises and unseen dangers. Instead the episode adopts more of an action focus that doesn’t really work and the reveal of the mysterious life signs belonging to incompetent space pirates was a disappointment.

This episode does give John a lead role in the action which is rare and always welcomed when it happens. I like how EOS addresses that his heart rate increases at the prospect of doing more than monitoring the situation. He’s excited to be out there doing something and as a viewer I share that excitement since it’s such a rare thing. 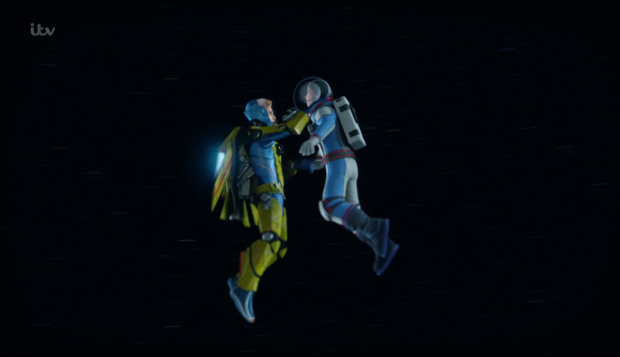 John to the rescue

I feel that more could have been made of him teaming up with Captain Ridley O’Bannon (Rosamund Pike) than is allowed under the circumstances of constant action. There is a natural back and forth between them but there’s no real sense of what they think of each other or what makes them working together worth watching. It’s a shame as Rosamund Pike delivers a good vocal performance that is very different to her portrayal of Lady Penelope. This show definitely has a talented voice cast.

Ridley is an interesting character who seems to have some depth to her. At the end of the episode she abandons protocol in favour of acknowledging that the pirates did actually help despite their intentions. She could easily have been a bureaucrat who works by the book but she has personality which suggests that she has a lot of experience and is able to think for herself. Nice work on her name being a direct reference to Alien as well.

Adding Alan to the story was a mistake as well as it takes some of the focus away from John with no real benefit to the narrative. Alan doesn’t add to any of it in any meaningful way beyond some bickering with John so he could have been cut entirely with the episode losing nothing. It probably would have been better had the situation relied entirely on John to resolve.

The set pieces were capable enough with special attention to be given to the explosion at the end of the episode. It was big and impressive and the action throughout the rest of the episode was paced well enough to bring in some thrills. The automatic defences were a nice obstacle that seemed practical enough in their function of ship maintenance to not feel like a threat that was shoehorned into the story. 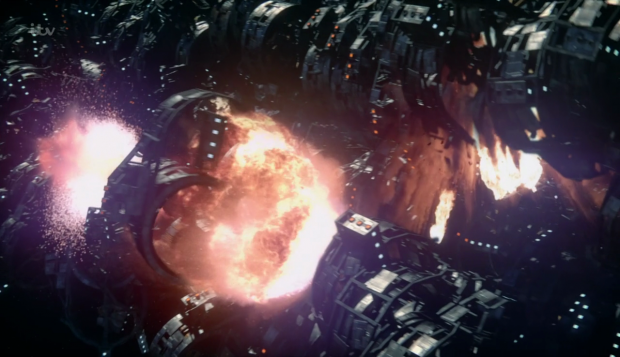 An underwhelming episode that doesn’t live up to the horror potential that the setting allowed. The pace was far too quick to let the atmosphere and mood set in so it failed to be unsettling in any way. It’s good to see John given the focus as it’s so rare but bringing Alan in doesn’t really add anything and we get no sense of why John’s interactions with Captain Ridley O’Bannon are worth watching. Despite that Ridley is an interesting character and the set pieces are impressive to watch but it’s hard to get past what this episode could have been.