A solitary woman starts to take stock of her life after finding herself an accessory to a violent incident in Peter Mackie Burns’ Daphne.

The title character lives and works in London and has isolated herself from the rest of the world for reasons that she doesn’t really understand herself. She’s bitter and angry at the world to the point where she can’t really tolerate other people for too long. Her time is spent drinking, abusing various substances and hooking up with random guys to achieve a quick, disposable connection.

It would have been so easy for such a character to be completely unlikeable but Emily Beecham delivers an impressively nuanced performance that managed to avoid falling into that trap. There’s a subtle vulnerability hiding under the tough exterior and it’s clear that Daphne is very intelligent while being fully aware of exactly what she’s doing in her life. Her self awareness constantly suggests that there is hope for her to overcome the personal demons plaguing her. 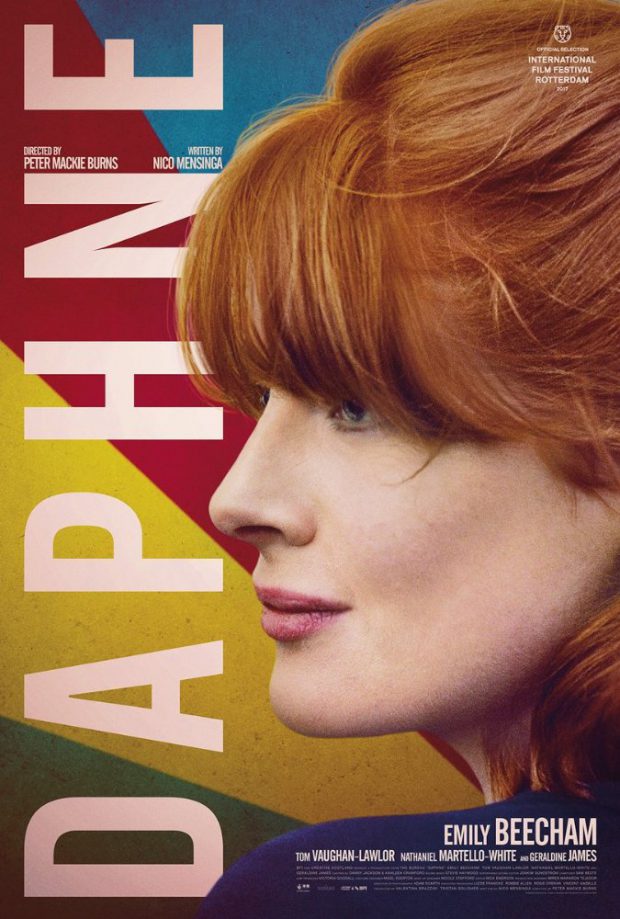 She finds herself part of a violent incident that shakes her world view a bit but not in the profound way you’d expect. Daphne is bitterly self destructive before and after the incident so the character doesn’t really change in the traditional sense. The incident has a profound effect on her and makes her consider things in a slightly different way. This is best shown through her relationship with her mother (Geraldine James) as Daphne is shown to be more accepting of the way her mother chooses to live her life and even seeing some merit to it by the end of the film. It’s not a massive shift in the character but there is the sense that she has changed.

Various interactions throughout are designed to deliver deeper insight into Daphne as a person. The way she fobs people off by waxing philosophically, makes snap judgements about other peoples lives or generally pushes people away who try to get close to her suggest a damaged individual who has a lot of healing to do. She is always fascinating and never quite crosses the line into becoming pitiable though it does come close.

The film could be accused of being plotless and meandering since the character doesn’t have a specific arc to follow. What we essentially get is a collection of scenes following a dysfunctional person as they go about their lives. It’s not bad and actually comes across as really engaging at times but it definitely won’t be for everyone.

Removing a traditional character arc does greatly enhance the realism. So many stories are told where a character is almost a completely different person because of one experience but Daphne concentrates on delivering a complex and fascinating character study where the title character is only beginning to change some of her thinking after having an experience that is difficult to process.

A fascinating and engaging character study with a star making performance from Emily Beecham. She never stops being engaging as the title character and the handling of her character is very realistic thanks to removing a traditional character arc in favour of an event that causes her to start looking at some things differently. This won’t be for everyone as it is somewhat plotless and meandering but this is largely made up for by an engaging performance that creates a character worth investing in.