A gay high school student faces challenges when he is moved to an intolerant school in Trudie Styler’s Freak Show.

The film follows Billy Bloom (Alex Lawther), the above mentioned gay high school student who has to find his place in the new school environment. It is made worse for him because he happens to be gay and this isn’t something that is tolerated by the majority in this particular school.

Billy is a great character and Alex Lawther really impresses by making the role his own. The best way to describe Billy is “fabulous”. He is very comfortable with who he is and isn’t shy about letting others know about it. His extroverted nature is never portrayed in a mean spirited way other than when he puts others in their place for being nasty.

His extroverted nature is a front for major insecurities. Despite the brave face he puts on everything there is a constant sense that the treatment he receives from his peers wears him down and he struggles with the fact that there is nobody at school like him. He approaches the whole thing with an endearing camp enthusiasm but is clearly hiding a lot of pain. It’s really subtly performed and adds layers to Billy who could easily act as an inspiration for people struggling to find the confidence to be true to themselves. 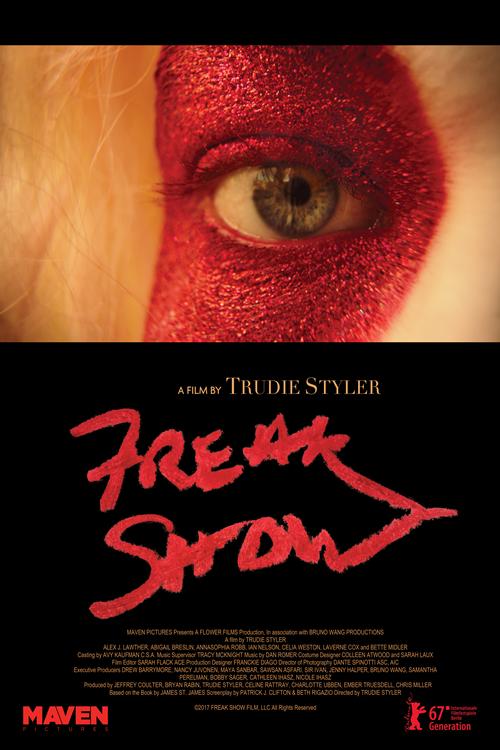 Not hiding your true self in order to please others is the overriding theme of this film and Billy exemplifies that pursuing something worthwhile like acceptance isn’t always an easy path. The example can be applied to anything but using a flamboyant personality to draw attention to it is a clever idea.

The tone of the film is kept light with jokes coming at the audience thick and fast. Many of them take the form of observational humour with Billy’s unique perspective pointing everything out. More of the jokes land than don’t and Alex Lowther has great comic timing. He’s the perfect lead for a story like this and certainly gives his all.

It’s a pity that the film doesn’t do as good a job with the supporting characters. Billy’s friend Flip (Ian Kelly) is a one dimensional jock with arty aspirations that he keeps hidden, Bernard (Christopher Dylan White) is an overt homophobe or so it appears and Abigail Breslin leads the requisite “Mean Girl” contingent as the cheerleader Lynette but none manage to command much in the way of attention. Breslin in particular seems ill suited to her role which makes her scenes fall somewhat flat. Points have to be given to AnnaSophia Robb being credited merely as “Blah Blah Blah” which just about sums up her character. She’s completely one dimensional but it’s an impressive joke.

An inspiring story about battling to gain acceptance and the struggle associated with staying true to yourself in the face of ridicule. Billy is a great character played to perfection by Alex Lowther who fully commits to the campy enthusiasm of his character while hiding the pain that comes with the sense of isolation. The film doesn’t do quite as well with the supporting characters who are bland at best and hopelessly miscast at worst but this is made up for in the characterisation of Billy.