Four generations of women in a family deal with estrangement and long buried family secrets in Polly Steele’s Let Me Go.

Family dysfunction is something that most of us can relate to in one way or another. It’s rife in our own families or the families of those around us so the basis of this film is a really strong and relatable one. A strong foundation is really important in this case as the film takes really dark and disturbing turns as the story goes on.

The best thing this film has going for it is how its structured. It introduces the main characters gradually and slowly defines them by their relationship to one another which helps the audience prepare for the next stage. Initially we spend some time with Helga (Juliet Stevenson) to establish her fractured relationship with her daughter Beth (Jodhi May). This is entirely accomplished through the performances as well as some harsh and unwelcoming dialogue. Immediately this relationship feels real and lived in. They’re close in terms of their lives being connected but there’s also a distance between them that is established subtly.

On the fringes of this is Beth’s daughter Emily (Lucy Boynton) who sees this fractured relationship every day and doesn’t really understand the cause of it. In some ways she is in the middle of it all as she wants to be close to both her Mother and Grandmother. This aspect of it isn’t as strong but it isn’t really Emily’s story so it makes sense for there to be less focus on her. 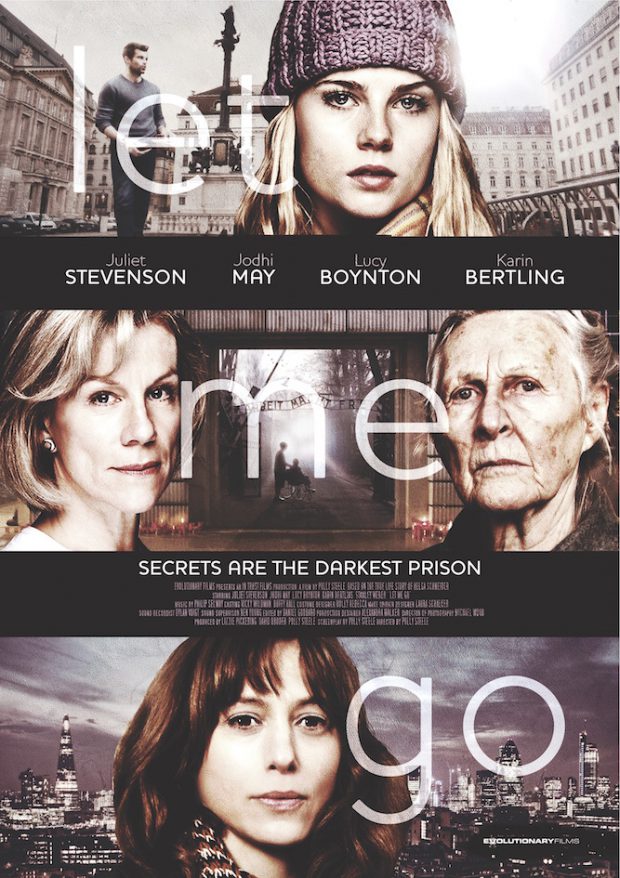 The bulk of the story focuses on Helga trying to deal with being abandoned by her mother Traudi in 1941. After receiving a letter informing her that Traudi is close to death she decides to go to Vienna to get her affairs in order as well as look for some kind of closure on her relationship with the mother she never knew.

It’s really powerful stuff and the film drowns the viewer in the awkward uncertainty that surrounds the details of this relationship. Helga chooses to confide in Emily rather than Beth because of the distance that exists between them which only adds to the growing tension between the women of this family.

Relationships are definitely at the core of this film. Helga and Emily’s relationship is allowed to develop when they travel to Vienna and there are hints of the same distance that Helga has with Beth with the suggestion that Emily and her Mother don’t entirely get along. I was impressed by how the film avoids exposition to establish these facts and relies on the performances of the talented actresses to do the heavy lifting. The awkwardness can certainly be felt but there are also moments of warmth where the awkwardness shifts and the relationships move on.

The scenes between Helga and Traudi start off in a way that feels somewhat predictable. At first it comes across as a daughter looking for answers from the Mother who abandoned her and struggling to deal with the senility that has come with age for Traudi. As their interactions progress a long buried family secret comes to the fore and the film goes in a really disturbing direction.

When this happens it really doesn’t hold back. Traudi delivers a selection of anecdotes each more horrible than the last detailing the terrible things she has been a part of. Helga becomes the audience perspective during these conversations and Juliet Stevenson’s performance perfectly encapsulates the shame that she feels. The film hits hard and doesn’t apologise for it but it brings out a level of emotional honesty that wouldn’t exist otherwise.

Unfortunately Emily feels like a spare part some of the time. Her role in the context of the rest of her family is done well and Lucy Boynton blends into that nicely but a subplot involving her whirlwind romance with a mysterious barista named Serges (Stanley Weber) feels out of place and clashes tonally with the rest of the film. This is perhaps something that was part of the true story so had to be left in to explain how Emily occupied her time but the subplot could have been cut and the film would have been stronger for it. Similarly another subplot explaining what Beth gets up to during the absence of her Mother and Daughter doesn’t quite gel with the rest of the film but aside from that the experience of viewing is both powerful and unsettling.

A powerful and disturbing film taking the familiar concept of family dysfunction and adding disturbing layers to it. The film is structured really well in how it introduces the four generations of women in the family and and taking the time to establish the strained relationships. Once Helga reunites with her mother and the long buried family secret starts to come out the film becomes far more disturbing as it assaults the viewer with one horrific anecdote after another. It hits hard and doesn’t hold back which makes it really effective. Unfortunately subplots involving Emily and Beth tonally don’t mesh with the rest of the film but other than that the experience is a powerful and unsettling one.