We Can Be Heroes

A group of kids from different backgrounds learn how to navigate a world full of intolerance and profiling in Claire Downes’ We Can Be Heroes.

Ben (Toby Haste) is sent to stay with his grandparents over the school holidays due to his mother finding it difficult to cope. He is quickly befriended by by their neighbour, Priti (Marissa Patel) and embarks on a bit of an adventure that also includes his cousin Jed (Sam Cox).

The biggest surprise for me in this film was that it deals with such huge issues but always treats them with a light touch. Framing the narrative around young kids was an excellent idea because it means that the outlook of the film is far more innocent. Ben has no preconceptions about Muslims because he hasn’t met one before and he has no exposure to mainstream media so hasn’t formed any opinions based on what he has read or heard. Priti is just a person to him and the fact that her religious background is different to his is treated as a curiosity. There’s a lot of that in this film and the perspective is definitely unique.

Keeping the tone light is important especially when some of the dialogue could be difficult to listen to otherwise. Jed has opinions on Muslims that have no basis in reality as he is simply repeating what he has heard elsewhere. Accusing members of Priti’s family of being suicide bombers should be a really controversial accusation but it comes from the lips of an ignorant child so it feels much more like an education piece rather than any kind of religious slur. 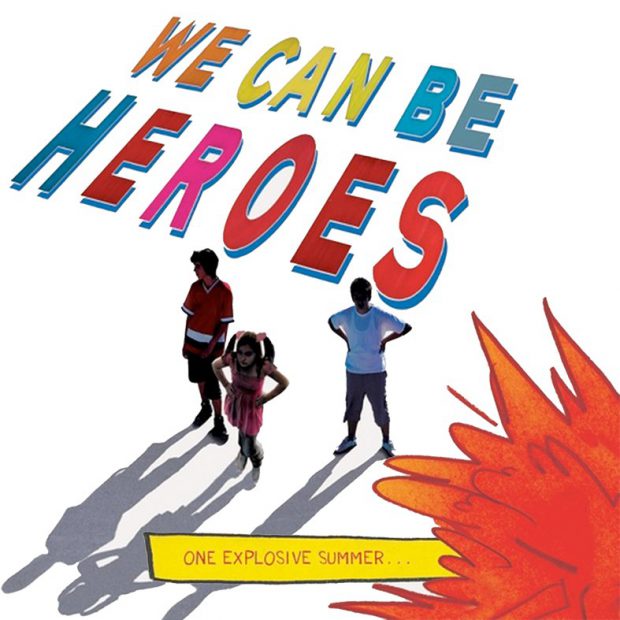 It’s a difficult line to walk and this film does it brilliantly. The back and forth between the child characters is definitely the highlight here and Priti is such a wonderful character in particular. She has an answer for absolutely everything and is brutally honest almost to a fault. Her lack of sugar coating in delivering what she thinks makes for some hilarious dialogue and Marissa Patel is excellent in the role.

Ben has an interesting backstory. His father was killed in 9/11 which could have been treated as a massive tragedy but Ben’s perspective is different as he can’t remember his father at all. It’s mentioned that he can’t be sad about someone he doesn’t know. The tragic loss aspect is felt through his mother and grandparents but for Ben there is an emptiness in his life that he’s unable to resolve. His emotional journey involves finding out more about his father which comes through in really moving ways. It also forces his grandparents to revisit their memories of their son and gain some kind of closure on it. It’s very subtle and beautifully done in a way that makes the audience feel the loss of a character who isn’t seen.

The adventure part of the story is also great and subtly delivers layered social commentary in an easily digestible entertaining package. I’ve already mentioned how well the three kids work together and the mechanics of their investigation into Priti’s brother Shakeel (Richard Samitro) make for fun viewing. The film keeps the perspective on the kids throughout which frames Shakeel in a suspicious light to the point that audiences might start to make certain assumptions about him. It’s a really clever way to point out just how easy it is to jump to conclusions about people.

There are other nice touches such as Priti’s sister Zara (Rukku Nahar) carrying on a relationship with a local boy who routinely insults Muslims. This is probably the thinnest part of the film as Zara’s motivation for engaging in this relationship isn’t well defined but the fact that it’s so ill conceived from both sides is really interesting to think about.

We Can Be Heroes is much more than the sum of its parts. Not only does it have excellent acting but it also has a lot to say beneath the surface about tolerance and casual racism that deserves to be seen. Considering what is going on in society at the moment this should be recognised as an important film that has a lot to say about how the world works and what difficulties we need to overcome as a collective.