Richard Gray’s Robert the Bruce tells the story of the renowned Scottish figure from an unconventional perspective.

First of all we should address the Outlaw King in the room. The recent Netflix release is more along the lines of an action blockbuster with a large budget and a big name attached. Robert the Bruce uses the same historical figure at around the same time period but that’s where the comparisons end. This film takes more of a contemplative approach and finds its roots in character drama more than action. 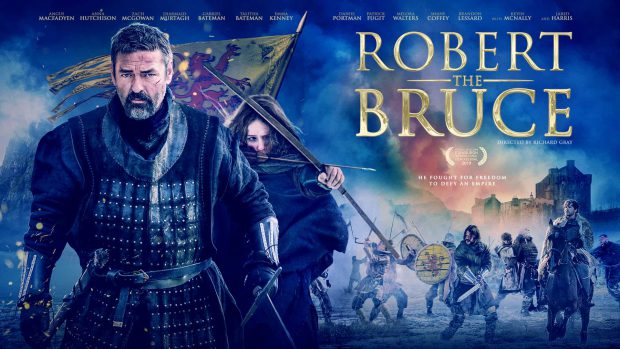 This ends up being a strong choice as there is definitely merit to telling a story that is more about the idea of Robert the Bruce rather than the man himself. Robert (Angus Macfadyen) is a major character in this story but a lot of time is spent exploring what he means to others which ends up being really effective as a choice because it is both intimate and thought provoking. The active question becomes whether the man behind the myth is able to live up to the idea of him and that’s interesting to explore.

Much of the film focuses on Morag (Anna Hutchison); a single mother raising her two children, Scot (Gabriel Bateman) and Iver (Talitha Eliana Bateman). These characters are really important in grounding the film in the time period as they are relatively insignificant where the bigger picture is concerned. The film opens with Morag telling a story about Robert the Bruce based on what she has heard. This helps establish how some people in Scotland perceive him while also highlighting the sense of isolation that the film explores. In that time period news would travel slowly and there would be a lot of misinformation that is impossible to verify.

Morag is a really interesting character; she is a single mother because her husband was killed fighting for Robert so she harbours a great deal of resentment for him. Her relationship with her children and how she raises them is the heart of the film and offers a relatable grounding as the difficulties of raising children in uncertain -even dangerous- times is something that many viewers will be able to understand. Anna Hutchison does an excellent job of playing this character as both strong and vulnerable all the while having a believable maternal relationship with her children.

A lot of focus is given to the future of Scotland which emerges as a major theme that carries throughout the story. The children are being trained to survive in this uncertain future, their opinions are listened to as well as being valued and the idea of the next generation inheriting the country constantly comes up. It’s an inspiring message while also underscoring a large part of what Robert fought for. Scope is added through the different opinions people have of the legendary figure and how all that combines into a nuanced look at a turbulent time in history.

Angus MacFadyen’s Robert the Bruce is a compelling character often seen at his most vulnerable throughout this film. He spends much of it hiding away with Morag’s family and facing her resentment of him head on. The contrast between how the children see him and how she sees him make for some strong interactions and McFadyen constantly makes it believable that Robert was ultimately a flawed man who didn’t have all of the answers. Shifting the focus away from him throughout makes this stand out and it’s a better film as a result.

The main antagonistic force is Brandubh (Zach McGowan); a soldier with a very brutal approach to dealing with those who oppose him. Through him the idea that Scotland was divided at this point in history is personified through him which adds to the overall complexity even if Brandubh doesn’t have a massive presence in the film and isn’t well developed as a character. Zach McGowan always makes for an imposing presence which immediately establishes him as a formidable threat. His quest to find and bring down Robert adds a sense of urgency to the film that keeps the plot moving forward even in the quieter moments.

Visually the film is really strong. Even the most discerning eye would struggle to tell the Montana shot scenes against what was shot in Scotland. The harsh weather impacts both the characters and plot making the hardship of their lives feel authentic.

Despite the strong themes and well done characterisation there’s a pacing issue that makes the middle of the film sag where there is repeated information that has previously been well established and a loss of momentum that the film fails to recover from by the end. 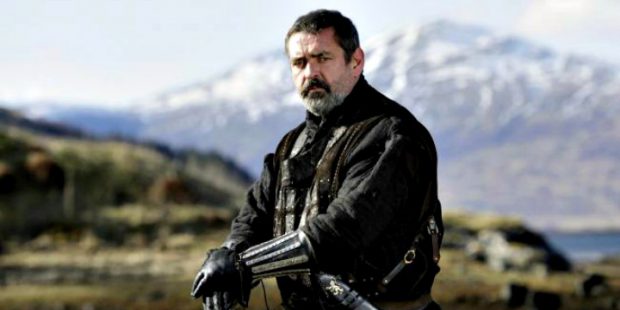 Ready to retake the Kingdom

A well put together and beautifully shot character driven story that delivers a compelling take on the titular Robert the Bruce through the eyes of others. Focusing on the idea of Robert the Bruce and whether the man behind it is capable of living up to it is an interesting angle and framing the story through a single mother who resents him after losing her husband in his name is a nice choice. The acting is really strong across the board and spending time focusing on the children who represent the future of Scotland adds a strong thematic throughline. Visually the film is stunning and the harsh weather complimenting the characters as well as the plot is a really nice touch. Pacing issues drag down the mid section to the point that the film doesn’t recover by the end but on the whole the character beats work and the story is an interesting take on a well known historical figure.