A truffle hunter leaves seclusion to track down his Pig partner after she is abducted in Michael Sarnowski’s Pig.

It almost goes without saying that Nicolas Cage has a fascinating career with possibly more bad movies under his belt than good ones. Despite that he remains a draw that makes a film a must watch -at least for me- and always does something interesting even in his worst outings. A film like Pig is the periodic reminder of just how good he is when he has the right role, the right script and -presumably- the right motivation to deliver something great.

Cage plays Rob; a truffle hunter who lives completely off the grid with a foraging Pig as his only companion. He digs up truffles and sells them to Amir (Alex Wolff) who then sells them onto fancy restaurants. Rob is coaxed back to interacting with society when he is attacked and his faithful companion Pig stolen. His only objective is to get the Pig back and resume his life away from the civilised world. 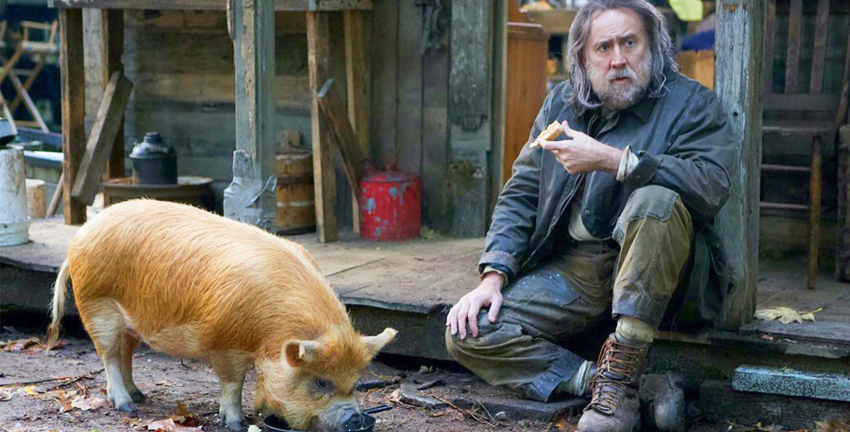 A man and his Pig

That description may suggest that this is a revenge story but this is anything but. Rob isn’t looking to wreak bloody vengeance on those responsible for taking his only companion, all he wants is to get his Pig back and he won’t settle for anything less. Money doesn’t interest him because he has stripped his life back to the basic necessities so all he wants is to be left alone to hunt for truffles and live out his days in peace.

Much of the film centres on what motivated Rob to turn away from his life though the detail is left ambiguous in favour of delivering a strong sense of why he left it all behind. A woman that he loved is mentioned to have passed away and he has recordings on cassette tape of her voice that he can’t bring himself to play. The script and performance are more than enough to establish that the loss was devastating enough to motivate a complete separation from everything that defined his life before that point which makes the granular detail of that loss irrelevant. Rob is a man in pain who chooses to cope with that through seclusion and living a simple life.

Aspects of his past become central to how the film plays out such as him previously working as a chef. A particularly poignant monologue about how none of the glamour and notoriety that comes with the occupation matters in the same way that the criticism doesn’t matter acts as a scathing indictment of the focus on chasing success and recognition in the developed world. Rob’s point is that real connection is all that matters with everything else being pointless. To his mind people are conditioned to seek validation and his loss helped him realise how meaningless that was hence his desire to leave it all behind. There’s a strong sense that Rob being among society again has reawakened these feelings and forced him to address what he thought was behind him but he doesn’t do so with anger or resentment, he simply makes his case and reiterates that he wants his Pig back.

Amir is very much the opposite of Rob with his fancy car, fancy suits, bragging about his success in business and his generally singular view on the world and how it works. He makes for a strong sounding board against Rob’s well cultivated cynicism while also serving as an example of the point that Rob makes about how superficial chasing success is. With Rob being the central character his argument is stronger than the counter argument but it’s far from definitive leaving the viewer to chew on the issue for themselves.

Not everything about Pig hangs together as well as it should. There are some pacing issues in the middle of the film particularly when some side characters are introduced for a particular purpose. These scenes go on a little too long and detract from the far more interesting character study that is the film’s major strength. These flaws are very minor and pale in comparison to the excellent slow burn character piece that this film is.

As mentioned above, Nicolas Cage is excellent. His performance is sedate, contemplative and very understated. Much of what Rob thinks and feels comes through how he moves or in his facial expressions. Dialogue is delivered as if the words are chosen carefully and Cage has more than enough presence to make Rob a memorable protagonist no matter what the scene demands. His past weighs on him visibly and the determination to get his Pig back is always clear. Cage plays against the other actors wonderfully and is always captivating in the many scenes he appears in either by himself or with a Pig for company. It’s by far his best performance in a long time and one that will haunt you after the credits roll. 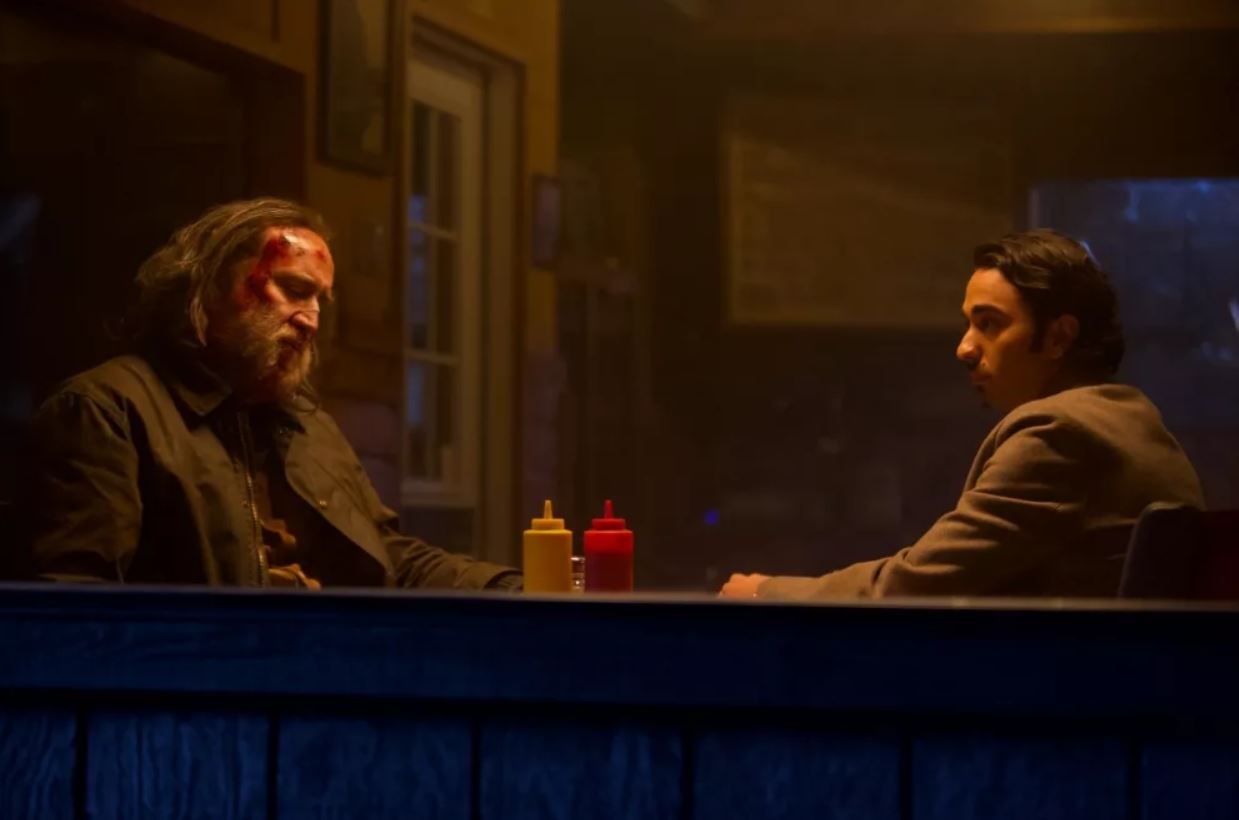 Let me tell you about how pointless everything is

A sedate and moving character study with compelling commentary on the developed world that boasts a stunning performance from Nicolas Cage. Rob is the central figure with a simple objective that leads him back to society after cutting himself off from it. Doing so forces him to address a past loss and the reasons he chose to turn his back on his life as it was. It’s light on detail but one of the points being made is that the detail is irrelevant because it’s the connections and the feelings associated with them that matter. The commentary is compelling and leaves viewers with plenty to consider. There are some pacing issues in the middle due to side characters lingering on for longer than they should but they pale in comparison to the excellent slow burn character piece that plays out. Nicolas Cage is excellent as Rob with so much conveyed in the way he moves or facial expressions. Dialogue is delivered as if the words are chosen very carefully and everything is played to perfecting. It’s by far his best performance in a long time and one that will haunt you after the credits roll.