Off to Never-Never Land | An Introduction to The Sandman

After years of false starts and pre-production doomed to failure, an adaptation of Neil Gaiman’s seminal comic series The Sandman is finally coming to our screens in the form of a Netflix series. Its vast and intricate nature is a lot to take in, so I thought I’d put together an introduction for those of you not already familiar with it to give you an idea of what you’re getting yourself in for, ranging from cosmic feuds to human interactions, all taking place across a narrative that spans millennia.

The central concept is the existence of the Endless, a family of seven immortal entities who each represent a function of existence and between them embody the nature of all sentient life, who in descending order of age and seniority are Destiny, Death, Dream, Destruction, Desire, Despair and Delirium. The saga follows Dream (Tom Sturridge), also known as – amongst myriad other names that he collects as a hobby – Morpheus, the keeper of the abstract dreamscape from which human imagination and creativity is drawn.

As the comic itself states the Endless are not gods, but rather something more eternal than mere deities whose strength and very existence is dependent on mortals’ continuing belief in them and worship of their divine magnificence. Despite being virtually omnipotent they must abide by certain rules, as their presence forms part of a cosmic balance that would have dire consequences were it ever messed with, and indeed is what happens right at the start of the story.

The Lord of Dreams

Events kick off with Morpheus being captured by a group of magicians who actually intended to ensnare Death and contain her influence, thus making humanity immortal. He spends the subsequent 70 years (106 in the Netflix show) imprisoned in a magically warded glass sphere, increasingly infuriating his captors over the decades by merely sitting motionless on the floor and refusing to even acknowledge their presence as they slowly age and die around him.

After his escape he returns home, only to find his realm of the Dreaming in ruins and his totems of office – a bag of magical sand, a helm he fashioned from the skull and spine of a dead god, and a ruby containing a large portion of his essence – stolen, scattered and lost. The initial story sees him on a quest to recover them, reclaim his power and restore his home to its former glory, bringing him into contact and/or conflict with a number of individuals including occult detective John Constantine, fallen angel Lucifer, and unstable supervillain Doctor Destiny.

As is the nature of many comics adaptations, we’ve seen versions of each of these characters previously, although not in forms this series will portray them as. Doctor Destiny (David Thewlis), or John Dee, is an iteration of the villain John Deegan who you may recall from the Arrowverse’s Elseworlds crossover, played there by Jeremy Davies. However, this one is considerably more malevolent, and has far more malignant imagination of what to do with phenomenal cosmic power than to merely body swap a couple of superheroes. You may have seen some vague allusions to one episode of the upcoming series, titled “24 Hours,” being brutally violent and horrifically traumatic, and while I won’t spoil anything, he is at the centre of what occurs. 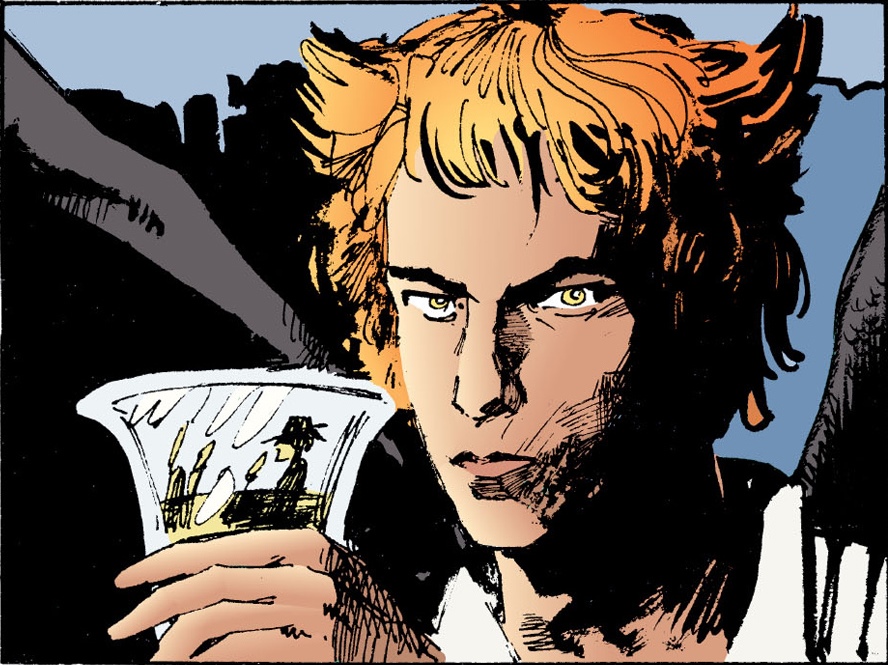 Please allow me to introduce myself

Likewise, the eponymous Lucifer of the Fox/Netflix series is technically the same devil, as he was drawn from the version of the Lightbringer who originated on the pages of this comic and went on to star in his own monthly title. However, this Lucifer (Gwendoline Christie) will share little in common with Tom Ellis’ darkly charismatic charmer, least of all from the alteration of the character’s presented gender. That series took only vague inspiration from the source material and, like far too many American network TV shows over the last couple of decades, became merely yet another consultant detective police procedural. This one is far less humanised, still displaying the same amount of self-importance, but considerably more dangerous and unpredictable.

John Constantine is a name you’re probably familiar with, and if not you should stop reading right now and immediately rectify this by locating his eponymous horror/mystery series as well as the joyfully lunatic Legends of Tomorrow, where he appears in seasons 3 to 6, not to mention Hellblazer’s 300 issues of increasingly bleak horror and dark fantasy. A warlock and a grifter, his cheerful demeanour masks his tormenting guilt over his role in a botched exorcism that accidentally damned a young girl to hell.

Despite the tedious and predictable outpouring of whining from misogynists and others who hate the redressing of any kind of gender imbalance, Johanna Constantine (Jenna Coleman) is actually a character from the comics, an ancestor of the Scouse mage who is a supernatural adventurer and an occasional associate of Morpheus. That said, there is a departure in Coleman also playing a character of the same name in the modern day to take the place of the more familiar con artist, and with a working-class London accent and a line in the trailer implying her being haunted by regrets, it’s likely she’ll be a comparable character to John. 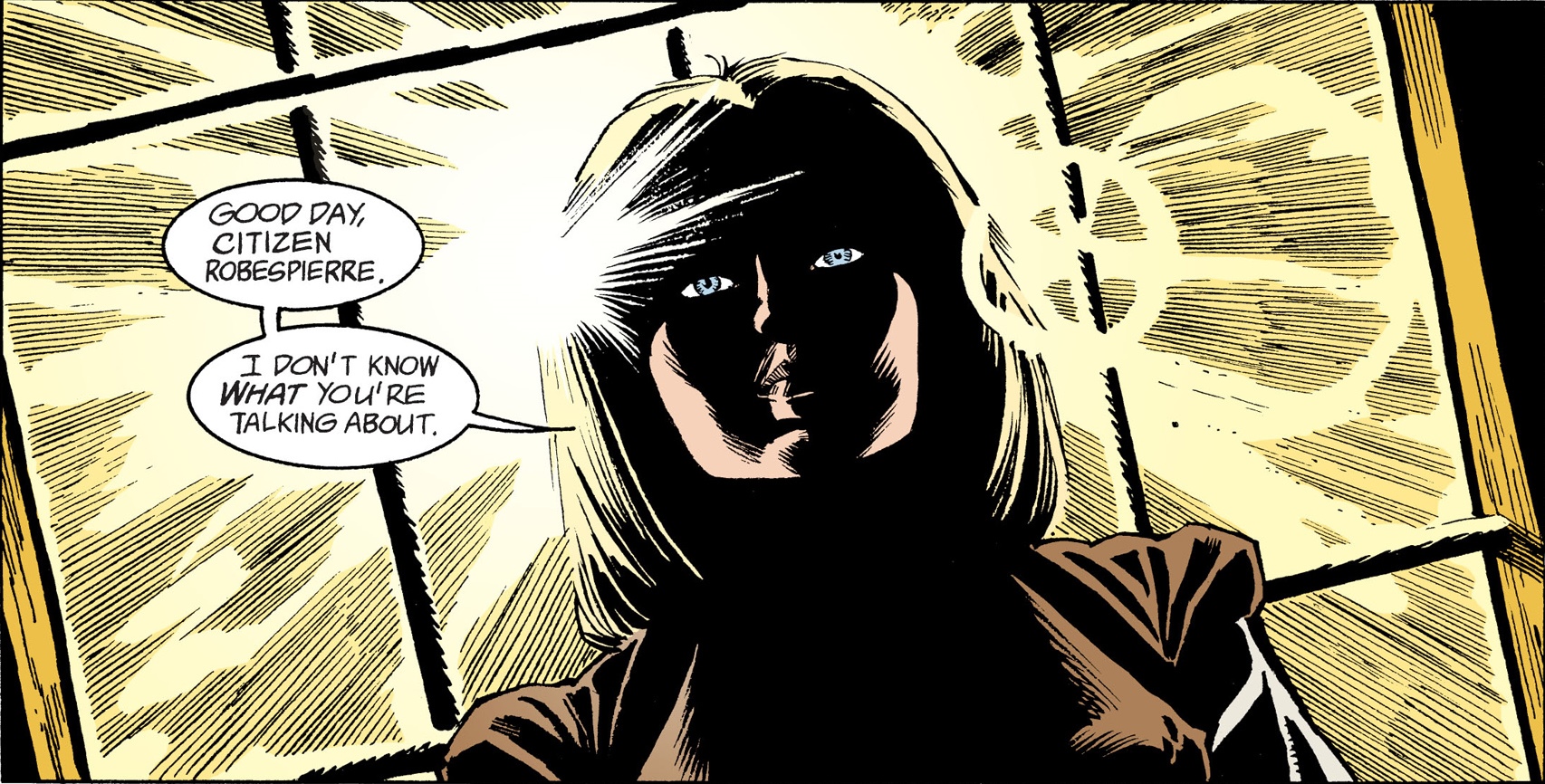 Not a woman you want to cross

From 1989 to 1995, The Sandman was released as 75 single issues and is now collected in ten volumes, the first two of which, Preludes and Nocturnes and The Doll’s House, will form this opening season. As mentioned above, Morpheus’ quest to reclaim his tools forms the first arc, while the second follows Rose Walker (Kyo Ra), a young woman searching for her missing little brother who has a connection to Morpheus she is initially unaware of and whose journey crosses the Dream Lord’s path as he hunts down rogue entities yet to return to the Dreaming, including the Corinthian (Boyd Holbrook), a literal walking nightmare Morpheus created as a dark reflection of humanity.

With Gaiman himself acting as the series showrunner we can be sure that the utmost care will be taken to do the story justice, especially after proving himself up to such a task with the adaptation of his and Terry Pratchett’s apocalyptic fantasy novel Good Omens. He has become determined to make the translation to screen as faithful as possible, with some shots from the trailer being recognisable recreations of comic panels, and even extending as far as the set design of one scene deliberately replicating a minor artwork error from an early issue.

The comics’ narrative is sprawling and non-linear, which is why none of the attempted movie adaptations could have worked in any satisfying way, as the structure and timescale of a film is too restrictive to do it any kind of justice. Despite this, Gaiman once famously summed up the series in a single sentence “The Lord of Dreams learns that one must change or die, and makes his decision.” The whole of the series is built around the theme of growth and development, although Morpheus begins the series as haughty and arrogant, as well as being dismissive to the point of condescension of the fleeting human lives his actions touch, he is ultimately humbled by his imprisonment and as a result sets out to atone for what he now recognises as misdeeds and set right the suffering caused by his mistakes.

The Sandman is a weird and wonderful world, and I’m so looking forward to seeing other people’s reactions to becoming a part of it when it debuts on Netflix on August 5th. 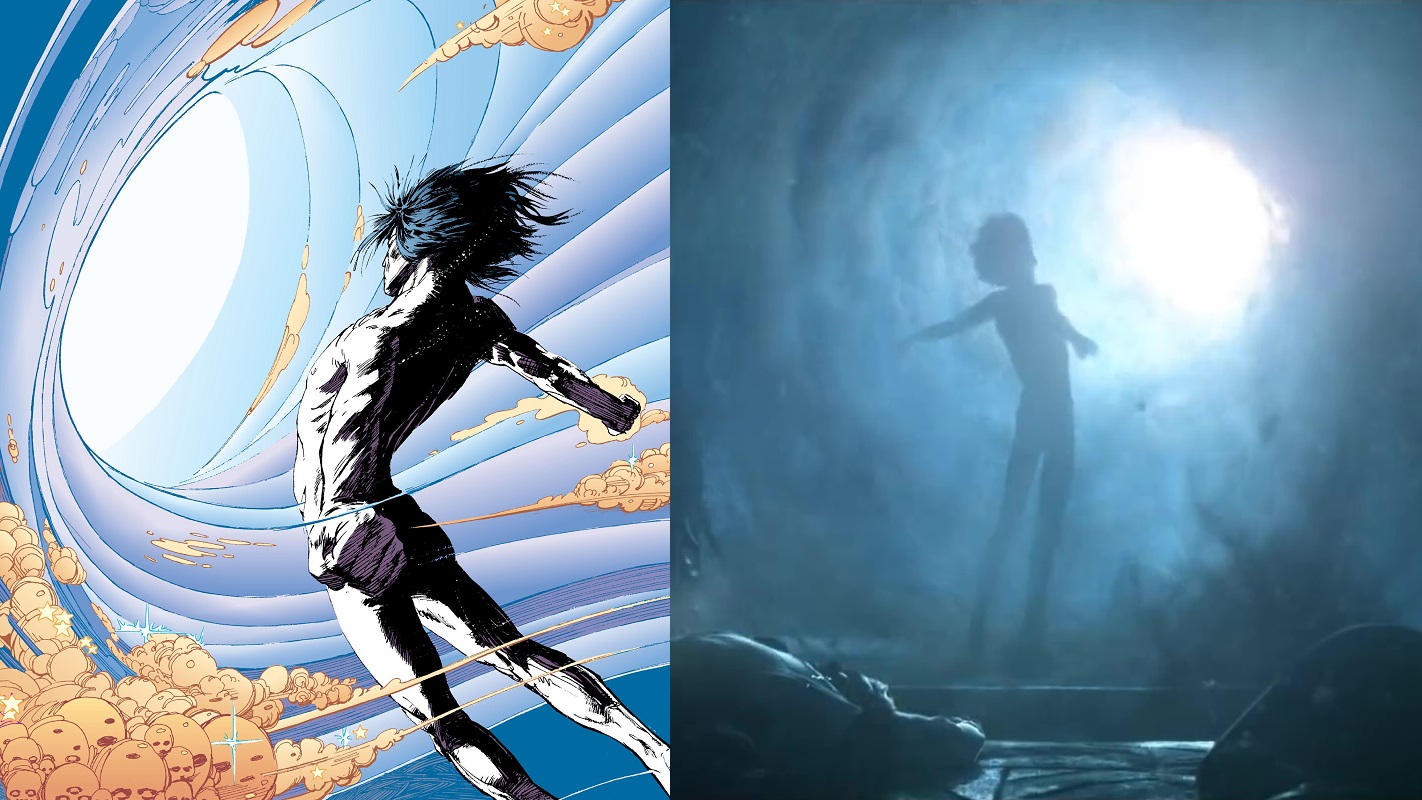 Escape into the Dreaming, comic vs screen