Tim Sutton’s Dark Night follows different people as they live their lives leading up to a tragic shooting in a movie theatre.

Gun violence is a hot topic right now that is receiving a lot of attention from different places. The latest episode of Arrow even had a go at exploring the subject so as topics go it’s definitely rife for commentary. This film adapts the events of the 2012 shooting at a screening of The Dark Knight Rises and explores how oblivious people would be before heading to their fate. The event itself will still be in the minds of many people and telling the story of a tragic event that happened in a cinema to an audience watching in a cinema adds that extra layer of interaction that could make the experience seem more powerful.

The setup for this film was a great idea. Having a group of characters who are completely unconnected all heading towards the same place creates the potential for intriguing and varied character driven storytelling. There’s a sense opf dread that builds throughout the film as the event gets closer as well as a mystery over which character will turn out to be the shooter. I felt the tension throughout and was drawn in by the mystery. 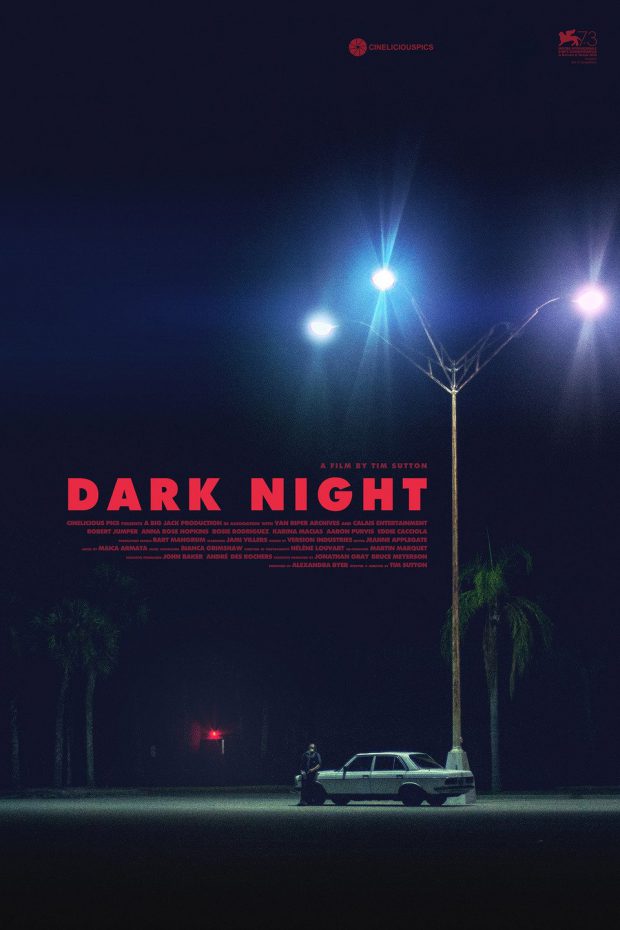 Unfortunately the film suffers in the characters on display. Beyond the hammy acting in places there was so much focus on the mundanity of their existence that none of them really shone through in any meaningful way. I understand that the point of the narrative is to show that they are all normal people from all walks of life but there was very little insight into who they were beyond what we see of them. The opportunity to flesh these characters out to the point that them becoming a victim of circumstances would be something that hits the viewer hard was missed.

That’s not to say that there wasn’t entertainment in the individual scenes. There was a persistent dreamlike quality to the film that felt almost haunting and actually worked really well. Some of the more mundane activities such as trying to find the “perfect” selfie and answering questions while working in a shop were oddly compelling to watch but there was too much of this going on to hold my attention throughout the entire film. I did find the exploration of the would-be shooter to be somewhat compelling with the subtext of War on Terror veterans and PTSD informing it. The film doesn’t try to forgive what he ends up doing or offer any excuses but there’s a sliver of motivation there that works to some extent.

Another thing in the film’s favour is that the event itself isn’t exploited in any way. The context of the moment makes it clear what has happened but the film doesn’t dwell on it for a cheap emotional reaction. It might feel like an anticlimax for some to have a film build to something that isn’t actually depicted but it fit the tone nicely and made the ending all the more powerful as a result.

This was an interesting film that had lots of potential that it never quite manages to reach. Focusing on the mundanity of the lives of unconnected individuals as their lives slide inevitably towards a shared tragedy is a great idea and there were even entertaining moments when showing the day to day activities but the characters are never fleshed out to the point that they are worth investing in. I found the building sense of dread to be really effective as the film lumbers towards the inevitable conclusion.

The exploration of the would-be shooter by adding the sliver of a motivation without apologising for what he would end up doing was a nice touch that works well. Another thing in the film’s favour is that it doesn’t exploit the shooting nor does it dwell on it which ultimately makes the end of the film more powerful. If only the characters were better developed then this film could have been great.