A woman struggling to deal with the death of her brother desperately seeks a sign from the afterlife so that she can find peace in Olivier Assayas’ Personal Shopper.

I’ll preface this by saying that I’ve never really been a fan of Kristen Stewart because I find her acting to be stilted and distant. My opinion of her changed some what when watching Cafè Society where she was very warm and charming so I was willing to give her the benefit of the doubt for this film.

As it turns out, her performance is the best thing about this film. She plays the standard detached character that I’ve seen her perform so many times but her detachment makes sense in the context of this film. Maureen is a woman going through the motions after the loss of her brother. She lingers in a city she hates doing a job that she hates because she expects some kind of sign from the other world from her brother. It is established that she is a Medium as was her brother so she is sensitive to spirtual goings on which means that if anyone was going to detect her brother’s presence then it would be her.

It’s a good setup for a film and ties into the larger themes of loneliness and stagnation. So many people stay in certain places and situations out of fear of the unknown and that’s essentially what Maureen is doing. Her job is effortless to her and she knows her way around the city so is content to sleepwalk through life for the time being. This is where Stewart completely excels as she goes through the film having very flat interactions with those around her save for a handful of people.She doesn’t know where her life will end up but knows that she doesn’t want it to be where she currently is. 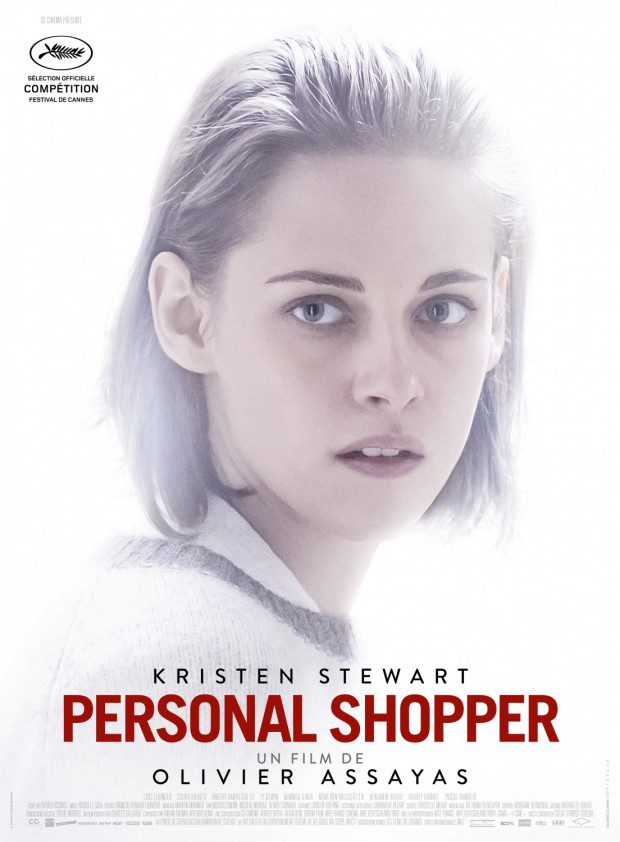 The film somewhat falls apart in the overall execution as it carries on for a brutally long time where nothing really happens. The supernatural elements just beneath the surface are all really interesting but never really pay off in any meaningful way. There’s a particularly good sequence involving a paranormal presence that suggests a better horror movie is just off to the side.

Another big issue the film has is that it relies on a really long conversation that takes place entirely over text message. There’s a very long stretch of the film where the viewer is basically reading text on a phone screen and it’s about as interesting as it sounds. The mystery surrounding it is compelling for a while and there is a particularly tense sequence involving rapidly appearing texts but generally speaking the whole thing becomes tiresome and overdone. It’s a shame this doesn’t work because the idea of people being consumed by technology and finding comfort in talking to strangers anonymously is really interesting. It’s topical for the modern world and suits Maureen as a character at that point in her life.

I also found the ending to be very confusing. There are a couple of mysteries in the film that aren’t solved in a satisfying way and the plot never really builds to anything all that interesting. Maureen is a really interesting character stuck in a dull story that had so much more potential than comes across.

A disappointing film with a lot of potential that is squandered in various ways. Kristen Stewart is great in the lead role with her detached perfomance depicting a character sleepwalking through life after a personal tragedy. Her character ties nicely into the themes of stagnation and loneliness as she sticks to a familiar life because of a thin hope. The supernatural elements are interesting and nicely done in places but ultimately don’t amount to anything satisfying. There is a really long text conversation that starts of as a compelling mystery and has a really tense sequence at a later point but quickly becomes tiresome as reading text on a phone screen isn’t all that interesting. The ending of the film was also very confusing. Maureen is an interesting character stuck in a really dull story.