Craig recently caught up with Star Trek: Enterprise star Dominic Keating. He played weapons officer Lieutenant Malcolm Reed on the show and Craig had a brief conversation with him about his time on the show as well as upcoming projects that he has and a bit about what he watches in his spare time.

Unfortunately since Craig was in the middle of the Comic-Con atmosphere when speaking to Dominic which means there’s quite a bit of background noise including a lot of chatter and a song playing rather loudly in the background. Focus on the voices and you should hopefully avoid headaches.

A big thanks to Dominic Keating for taking the time to come on the podcast and talk for a while. We wish him all the best for the future and look forward to seeing him in upcoming projects. 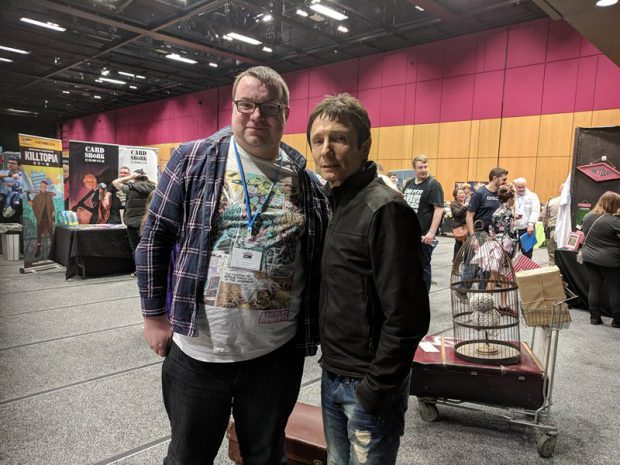 Craig and Dominic – He forgot to smile