Mike Mills delivers a three pronged coming of age story in 20th Century Women where a mother enlists the help of two other women in her life to help raise her son.

The whole film revolves around Dorothea (Annette Benning), an unconventional mother for the late 70s since she gave birth to her son Jamie (Lucas Jade Zumann) when she was 40 years old despite insistence from doctors that it was too dangerous.Her age becomes an important anchor for the film as it means there is a significant age gap between Dorothea and Jamie which means that they drift apart once a greater emotional distance appears during his teenage years. Ultimately her decision that she needs help raising her son is what forms the basis for this story.

It’s important to note that Dorothea is a single mother so immediately there’s a broken family aspect to the narrative that makes the setup more interesting. Dorothea is concerned that Jamie doesn’t have a solid male role model in his life with the only man around the house being William (Billy Crudup); a man who clearly should not be counted on to deliver any sort of life lessons. Her tenant Abbie (Greta Gerwig) and Jamie’s best friend Julie (Elle Fanning) are drafted in to help close that age gap and give Jamie the important lessons he needs to guide him through life. 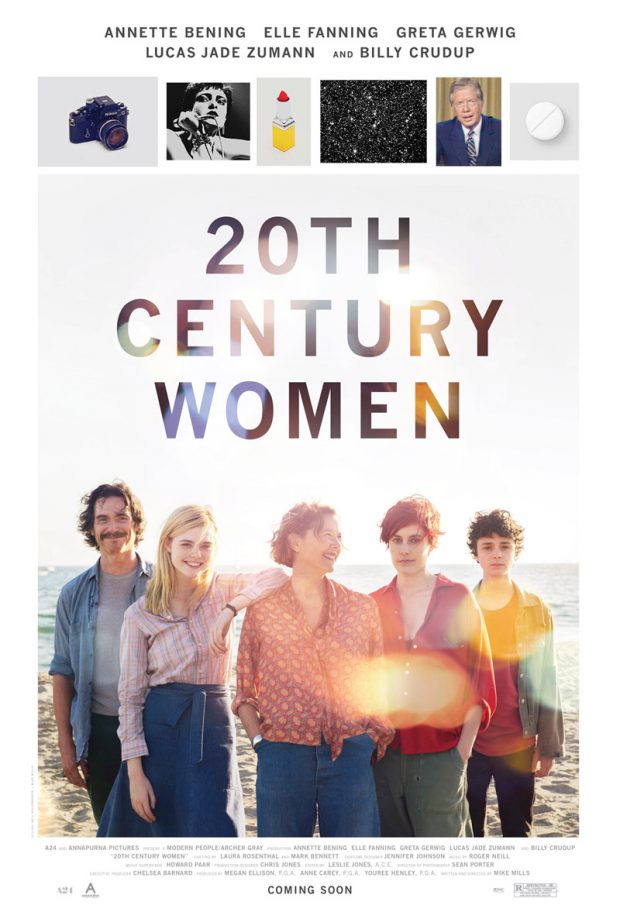 The two women aren’t exactly ideal role models either and are both very damaged in their own ways. Abbie has recently recovered from Cervical cancer and is dealing with the fact that she might never be able to have kids as well as nurturing a rebellious streak that involves her going to punk rock concerts and getting in fights. She gives Jamie some really hardcore feminist books in an attempt to teach him that point of view and have him grow up almost fearing women.

Julie is equally messed up. She is Jamie’s age but makes a lot of poor decisions when it comes to having sex. Jamie and Julie are really close friends to the extent where she feels comfortable sleeping with him without having sex. Naturally he has feelings for her but their relationship is completely platonic and she constantly reminds him of that. It’s an interesting dynamic as he is pretty open about his feelings and she is really open about rejecting him but it never drives a wedge between them. In many ways Jamie wants to save her from the bad decisions that she makes but she’s perfectly content to keep living life the way she does so doesn’t really teach Jamie much beyond the fact that he can have many different kinds of relationships with women.

At its core this is a film about growing up and growing older. It’s hard to fathom that Dorothea would have any growing up to do considering she’s in her 50s but exploring everything she learns about parenting and life in general tells us that nobody ever really stops growing up even when life is supposed to be at the point where everything gets easier and stabilises. It’s an interesting and rare perspective to get in a film that works well. Everything is taken seriously but with a very light touch. There are plenty of laughs throughout ranging from simple observational comedy to some darkly comedic moments. I wouldn’t call it a comedy but there is a tongue in cheek element to some of it.

Jamie and Julie both represent the problematic teenage years in different ways. Jamie grows up without a father so has to deal with that along with being surrounded by damaged people. His arc involves learning what kind of man he wants to be and figuring out how to navigate the complex world of relationships with really unique examples showing him how to do that. Julie is on a journey towards self respect that has a lot of barriers along the way. These obstacles are of her own making but her upbringing hasn’t been an easy one.

Abbie is another character suffering from not being raised properly. Her mother wasn’t at all nurturing and ends up being the cause of a lot of her problems. Abbie really wants to find her own identity and expresses herself through her hair colour as well as her fashion sense. She is also incredibly unfiltered in the way she talks which means that her advice is always brutally honest. Her development is interesting as she learns how to balance everything towards becoming a well rounded person.

The acting in this film is uniformly excellent. Annette Bening delivers a thoughtful performance that holds the film together, Lucas Jade Zumann is naive without ever being irritating, Greta Gerwig has great presence and Elle Fanning has the right amount of vulnerability to make her self destructive behaviour worth sympathising with. The cast all bounce off each other wonderfully and handle the shifts in their characters well.

Despite all of these positive points I thought that the film was lacking a bit in the pacing. There was a lot of repetition of the same lessons in the middle of the film and there wasn’t a lot of development before everything started accelerating towards the end. It’s not a huge problem but it does derail the momentum a bit and the repetition of lessons is a little jarring.

A well put together and compelling story of growing up from four different perspectives. Having a character in her 50s still learning lessons and growing up is refreshing to see as it shows there is never a point in life where everything is figured out. The device of having two damaged women helping Dorothea’ son Jamie learn life lessons is an interesting one as it makes the situation less than ideal while giving him a really unique perspective on things. Each of the characters are interesting in their own way and wonderfully acted. At times the film has a tendency to repeat already delivered lessons which causes the pacing to lag somewhat in the middle but other than that the film is well constructed and compelling.