A five year old Indian boy finds himself far from home before being adopted by an Australian couple who raise him to adulthood when he becomes curious about his roots in Garth Davis’ Lion.

This is a film of two very distinct halves that don’t quite feel connected. If you’ve seen the trailers then you’ll be very familiar with the second half of the film which follows Saroo (Dev Patel) as he tries to figure out where he came from. What the marketing doesn’t really tell you is that this is a fairly small part of the overall picture that makes up this film.

The second half isn’t terrible by any means but it isn’t really all that memorable either. Dev Patel does a good enough job as Saroo and succeeds at putting across a well adjusted man who is also completely lost. I liked the approach of him becoming more unhinged as he continues to get nowhere in his search for the town he grew up in. Patel is a strong leading man and Saroo is a compelling enough character with a clear objective.

Saroo doesn’t have a lot of depth beyond that though. There isn’t really time to develop him beyond his desire for answers. There is mention of other things he is interested in and he does have a relationship with Lucy (an underused Rooney Mara) but none of it really comes to anything so it all comes across feeling a little shallow. 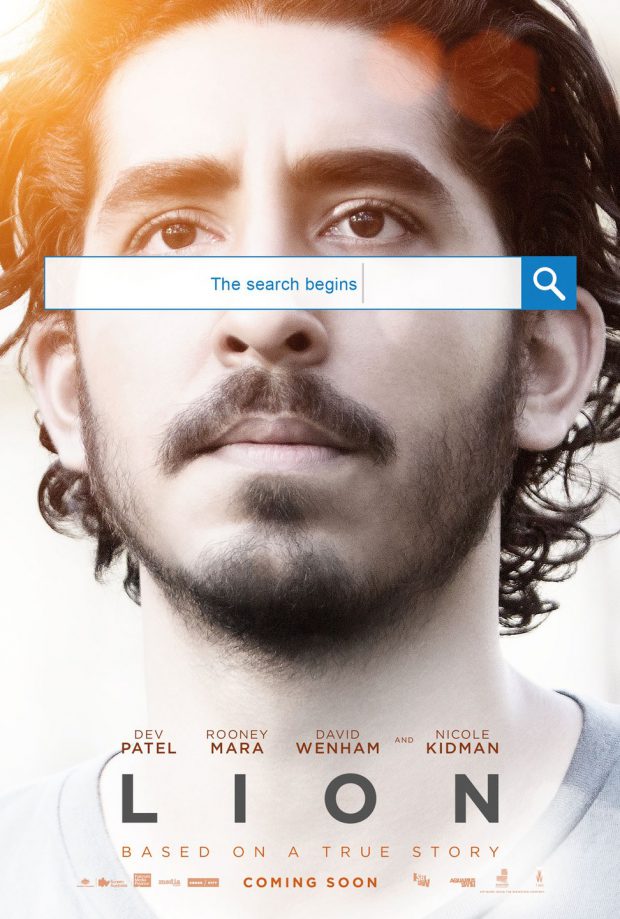 There was a lot of potential to explore this character as there were hints of friction in his relationship with his adopted brother Mantosh (Divian Ladwa) that could have become so much more than we see. There was also a lot of potential for drama in his relationship with his Australian parents John (David Wenham) and Sue (Nicole Kidman) who walk a fine line between supporting him in his desire for answers and being concerned that they were lacking in some way. All of that is in the film but in very low quantities.

Saroo’s search for answers is inconsistently handled as well. He uses Google Earth to create a search radius and dips in and out of it growing more frustrated along the way. I understand that this is an adaptation of a true life story so that comes with the limitations of what actually happened but it doesn’t really translate well to screen. This is where his relationships with his family, friends and Lucy should have taken over to explore Saroo’s growing uncertainty but the film never quite gets there and it’s a shame as the potential was there to be mined and there are moments where everything does come together.

The first half follows the young Saroo (Sunny Pawar) and is much stronger. From a purely visual point of view this works perfectly as young Saroo is very small compared to everything else appearing large and imposing with environments that look and feel unwelcoming. The sense of terror can plainly be seen on the talented Sunny Pawar’s face and the situation feels more horrifying as it continues. Much of this is accomplished with very little dialogue as well. The film really held my attention in these scenes because it conveyed a lost and helpless little boy so perfectly. It was really heartbreaking to watch and helped me to root for him to find his way home in the second half.

An uneven experience with a really strong first half that perfectly portrays a lost and terrified little boy trying to find his way home. The second half lets it down by being less than memorable and failing to develop the older Saroo beyond the superficial. Dev Patel was fine in the role but the character was fairly shallow as were the main relationships in his life as well as the others around him. There were strong hints of a more interesting character study in these scenes and moments of greatness that never quite manage to take root.