Two Christian Missionaries try to spread the word of God in 17th century Japan and face no end of violence and persecution. in Martin Scorsese’s Silence.

This is a difficult film for me to review as there’s very little technically wrong with it. Despite that I found it very difficult to engage with the material to the point that my ability to enjoy the film was badly affected.

I found that the biggest flaw the film had was pacing. Scorsese was definitely going for a slow burn narrative to show just how long Father Rodrigues’ (Andrew Garfield) Faith was tested and how obsessively the Japanese attempted to break his spirit but I personally felt that the point had been well made and was very overdone. It is handled well and the brutality of these attempts to make Rodrigues give up comes across really well but I think the point could have been made in less time. The film is a beast at 2 hours 41 minutes and the running time is definitely felt.

As I said, there’s nothing technically wrong with this film and it does a lot of things very well. I’ve already mentioned the testing of Father Rodrigues’ Faith which forms the central conflict of the film. Rodrigues is forced to bear witness to various atrocities designed to make him relinquish his loyalty to the Church so that people stop being tortured and killed. It’s brutal to watch but the violence isn’t glorified in any way. We see it all through Rodrigues eyes as he is constantly tested with clear instructions on how to put an end to it. 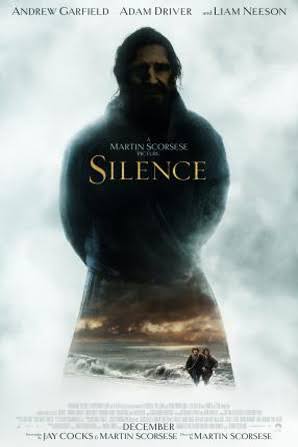 Andrew Garfield delivers an excellent performance for the most part though his accent is problematic and sometimes his acting is a little too over the top which stands out against the sedate and bleak backdrop. Whether this was deliberate or not is hard to say but it is very distracting. Despite that, Garfield is great in this role as he brings a rawness to the character that goes some way towards making up for him seeming one dimensional. Again, I’m sure this was deliberate since his reason for being in Japan is made clear from early on.

Adam Driver is his partner in the earlier scenes and he also does a good job. His performance is far more subdued and he seems to connect to the material much more naturally. His character is confusingly handled as he has such a big role in the first third of the film but disappears for a long time and has a somewhat half baked resolution.

Liam Neeson has a brief role as a priest who did what the Japanese wanted and lives a comfortable life in exchange. In many ways he represents everything that Rodrigues doesn’t want to be. His his reasons for relinquishing his faith are completely understandable and definitely not as simple as Rodrigues would like them to be. It’s a shame that Neeson’s role is so brief as he is one of the strongest aspects of the film.

Another thing in the film’s favour is that it manages to handle this sensitive material in a really complex way. Scorsese doesn’t take sides at all though the fact that the main character is a Christian Missionary does tilt the scales slightly towards the Christian way of looking at things. Some of this is remedied by the fact that Rodrigues seems naive in his devotion and many of the conversations he has with others are legitimate challenges to his view that he has a right to bring Christianity to Japan when it arguably has no place there. It’s a complex issue and it’s allowed to be complex in a way that genuinely surprised me. There is no right answer here and the film doesn’t pretend that there is.

A complex and interesting film that manages to treat sensitive material with a real sense of delicacy. The performances of the actors are generally really good though Andrew Garfield has a tendency to overcook his in some cases and the narrative is allowed to be as complex as it should be. The dilemma faced by Father Rodrigues is an interesting one and the way his Faith is tested is brutal without being gratuitous. The film could have got its point across in a far shorter running time as my enjoyment was hampered by the painfully slow pace but there’s very little technically wrong with it.