A “Meh” Emoji struggles with being different when he is identified as a malfunction once his ability to express different emotions is identified in Tony Leondis’ The Emoji Movie.

This film takes place largely inside the phone of a teenage boy where Emojis wait patiently to be used and have their likenesses sent to other people. Immediately this idea conjures up comparisons to Disney’s Wreck it Ralph or Pixar’s Inside Out to name two recent examples. A hidden world inside things we see or use every day isn’t by itself a bad idea so it comes down to the execution. The two examples I mentioned were self aware and clever where this is almost entirely surface level and largely devoid of anything interesting.

Usually a kids film has some sort of life lesson to impart. Something simple and positive that will resonate with those watching and be developed throughout the film as a theme. The lesson here is obvious from the beginning. T.J. Miller’s anomalous “Meh” emoji spends the film coming around to the idea that being himself is a good thing as uniqueness is something to be celebrated. It’s a solid lesson and could easily have been presented in an interesting way but the film completely fails to inspire any level of investment in Gene’s journey. He sets out wanting to be reprogrammed to fulfil his purpose and get rid of his defect and slowly learns that his desire to conform is misplaced. Nothing about his soul searching story works, especially the crisis moment where he almost gives up and resigns himself to a life of “Meh”.

The story itself drags considerably as the wayward Emojis explore the world outside their app and get into all sorts of mischief obviously designed to advertise certain apps. There’s a Candy Crush section, a Just Dance section along with brief shout outs to other popular apps like Facebook and YouTube. Other than reminding the viewer that these things exist nothing is really done with them and the usage is far from interesting. Some of this would have been forgivable if the jokes were at least amusing but almost none of them land and the whole viewing experience feels very frustrating. 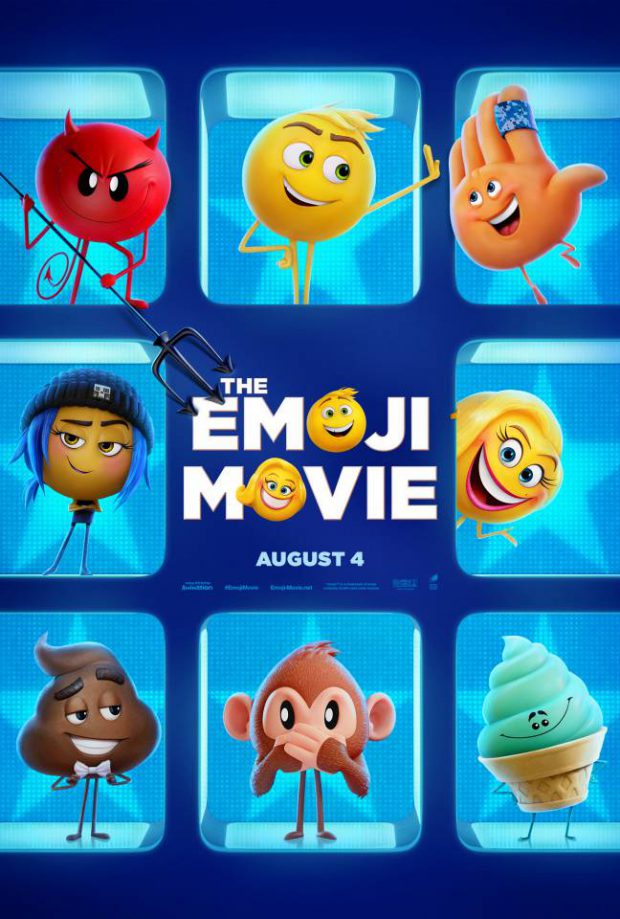 This film boasts a pretty strong cast. T.J. Miller is always good value and does a good job voicing Gene. Anna Farris is perfectly capable in her role as Jailbreak but neither of them have much to work with. The same goes for the rest of the cast with Hi-5 (James Corden) existing to be the comic relief that I found irritating. A special mention has to be given to Poop who is voiced by the legendary Patrick Stewart but the joke begins and ends with the fact that a Shakesperean actor has been cast as Poop despite their being a lot of potential to play with that.

Unrealised potential is something that this film can be tarred with throughout. The world inside the phone is a nice idea and it’s impressively created with some obvious yet simplistically clever visualisations of firewalls, viruses and other such concepts. When you see them you’ll know exactly what they’re supposed to be and if you don’t then the film tells you. There was a good story to be told with this toolbox but this really wasn’t it.

Another major issue the film has is the layers of the story don’t come together in a way that works. Look at Toy Story or Inside Out where the human characters were integral to the story and plenty of reason was give to care about what they were experiencing. The same can’t be said for Alex (Jake T. Austin) who isn’t featured enough to feel important and his quest to find the perfect Emoji to express his feelings for his crush Addie (Tati Gabrielle) is laughably bereft of meaningful stakes.

The Emoji Movie definitely isn’t good and the most positive thing that can really be said about it is that I’ve seen a lot worse. There are some good ideas such as the world inside the phone and visually the film has a lot going for it but the characters are frustratingly thin, the gags aren’t funny and the story doesn’t ever qualify as interesting. Like its lead character The Emoji Movie is