Roger Spottiswood’s A Street Cat Named Bob tells the true story of a homeless drug addict who turned his life around with the help of a stray cat that came into his life.

I was unaware of the true story going in but it’s interesting that at least some of this really happened. I have no idea how much creative license was taken but it doesn’t really matter as the film has to work on it own merits.

Largely it works really well and it sucked me into its world with characters that I really wanted to root for. Luke Treadaway’s James came across as a sympathetic character who is just a little down on his luck and really needs a break. The character is built entirely though his experiences in the present day. There must have been a temptation to use flashbacks to flesh out his relationship with his father Nigel (Anthony Head) but the script relies on their interactions to give the audience a feel for the state of this relationship.

This approach works really well as it allows James’ current predicament to be the focus. We see how he tries to make enough money just to afford to eat and his perspective gives us an insight into the shameful treatment that homeless people receive from the public at large. Anyone who lives in a built up area will have come across homeless people and will probably have witnessed similar treatment. Like Hector, this film brings us into the life of someone struggling with life. 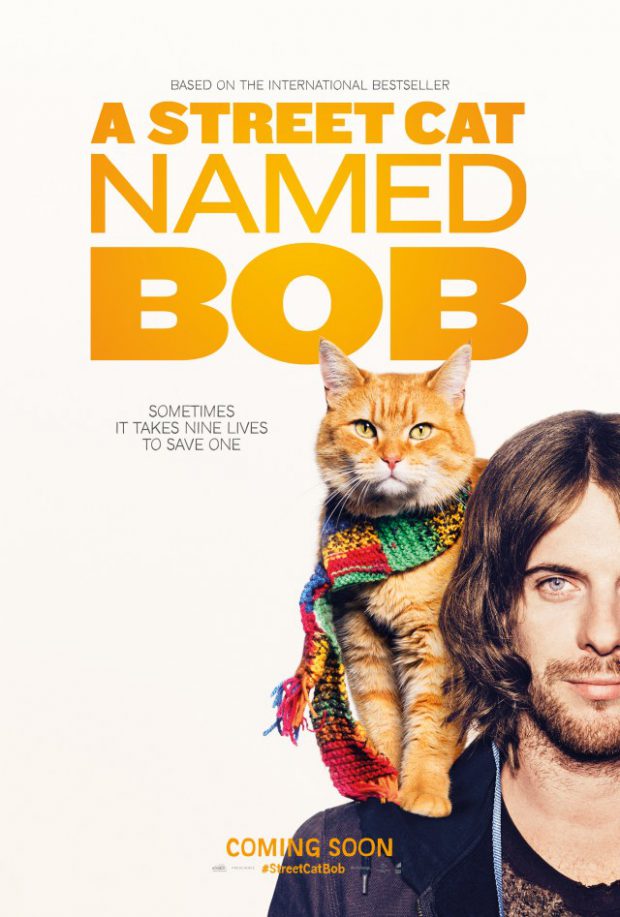 James as a character is very well written and Luke Treadaway does a great job performing this. He has a difficult job when playing James as a strung out recovering addict but he hits the right beats and brings us into the mindset of this character as he struggles to get clean.

James’ situation could be described as unique -or at least rare- as he is given the opportunity to turn his life around when his representative on the Methadone programme, Val (Joanne Froggatt) takes pity on him and pushes for him to be given accommodation to remove the temptation to use drugs that comes with living on the streets. There will still be temptation but much less of it.

His relationship with Val is an important one as she offers him support without accepting any of his excuses. She clearly cares about him and wants him to get through his addiction bit also can’t afford for him to fail since she staked her reputation on him being redeemable. Joanne Froggatt is great in this role and has good chemistry with Luke Treadaway.

Another important relationship for James is with his neighbour Belle (Ruta Gedmintas), a troubled girl with an affinity for animals who befriends James. Their relationship is natural and charming without feeling over the top. She gives James a human friend when he needs i the most and helps inspire him to continue doing better. Their scenes together are always enjoyable and their connection is a deep one.

The most important relationship for James is with the stray cat named Bob (he plays himself). There are difficulties in establishing a connection between two characters when one of them doesn’t talk but this film does a great job showing the bond between James and Bob. This is achieved in a number of ways such as James’ affectionate attitude towards Bob and the cat’s calm reaction to almost everything he does. His very presence is soothing and I found myself more than willing to go along with it.

Bob is established as a character in his own right through seeing things from his point of view. There are a few scenes where the outside world is shown to be a large and chaotic place which explains why Bob seeks companionship and protection from James. The film manages to not make this connection completely one sides and it’s impressive that it comes across so well.

There’s an almost Disney like quality to their relationship as there seems to be something larger than life about it. It’s well documented that animals can forge strong connections with humans but it almost feels like the cat has human characteristics when the film never gives him any.

The film has few shortcomings but one of them is that it veers into overly sentimental territory a few times that strains credibility. I understand that the film is a feel good tale about second chances but the sentimentality clashes with the realism more than once and lifted me out slightly. It’s a small problem but I found it a little distracting.

A charming film with a well developed central relationship between a man and a stray cat. The story is an inspiring one as James is able to gain support from a cat as well as other people in his life to get a clean break from drugs. The characters and relationships are well developed with the cat standing out thanks to seeing the world through his eyes. There are points where the film feels unrealistically sentimental which clashes with the overall realism of the story but these moments are few and far between and don’t detract too much from the well told story.