The Avengers assemble one last time for an epic battle to fix reality itself in Anthony and Joe Russo’s Avengers: Endgame.

This is one of the hardest reviews I have ever had to write because the secrecy attached to this film is unprecedented. Avengers: Infinity War was closely guarded but even that was nothing compared to this. I went into this film having no idea what to expect outside of some theories I had concocted in my head. 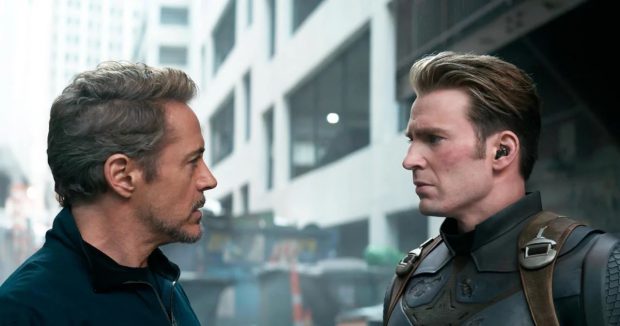 Following the devastating events of Avengers: Infinity War the characters are dealing with the fallout and trying to pick up the pieces. The first act is a really sombre funereal affair that details how everyone involved deals with what has transpired. It’s definitely a slow burn but in the best way as the film takes the time to really get inside the head of the characters and deliver a take on them that has them feeling the most human they ever have. There are relatable themes at work like loss and finding a way to move on. It definitely relies on prior investment in these characters which the film has every right to do given it’s the 21st entry in an ongoing saga.

The first act sets things up brilliantly for what follows. Almost nothing has been released concerning the plot so I won’t go into detail here but the narrative expertly mixes desperation and hope to deliver an experience that offers excellent fan service for long term fans of the Marvel Cinematic Universe while delivering a plot that makes sense in context and celebrates everything that has come before in hilarious yet thought provoking ways. If you’re a fan of these movies then you will absolutely be in your element and even if you’re not as familiar as some others then there is still plenty of entertainment to be had.

This culminates in an incredible third act that has to be seen to be believed. There is no doubt about this being worth the price of admission for the sheer unadulterated spectacle alone. It all comes together wonderfully and the entirety of the finale turns the movie into a shameless celebration of its own existence. By this point it has absolutely earned it and it never fails to deliver what people want to see. 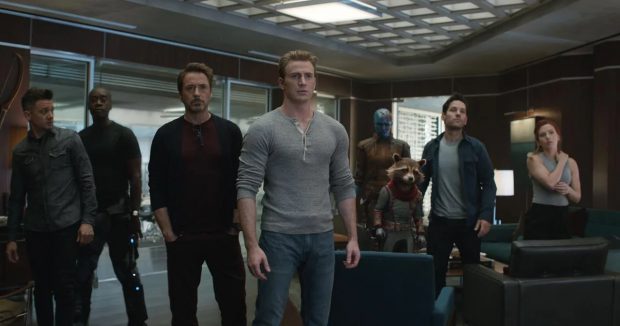 Ready for some emotion!

With this being called Avengers: Endgame the expectation is that it offers something of a conclusion and it definitely does. There are satisfying payoffs for many of the characters, strong emotional moments that will challenge even the most guarded members of the audience and a deep respect for everything that has been set up about these characters before this point. Everyone gets a moment to shine here that feels unique to their particular character and the way they bounce off one another never fails to be entertaining by itself. This franchise became popular because of its ability to connect these characters despite their massive differences and this movie is the culmination of that potential in almost every conceivable way.

Clocking in at just over 3 hours this is a very long movie but it never feels like it. Everything feels essential and piles onto what came before as if building to something significant. There isn’t a post credit scene this time out which helps the narrative feel like a complete self contained entity, almost like the closing of a book.

Normally this part of the review would be where I point out the flaws a film has but I’ll have to make an exception in this case. Is Avengers: Endgame a flawless movie? Of course not but a great movie makes those flaws unnoticeable by grabbing you in other ways and that’s exactly what this film did for me. Upon reflection after the fact there are some things I could question but it would amount to little more than nitpicking of what amounts to one of the most invigorating cinematic experiences of my life. That by itself is noteworthy and any flaws don’t devalue the experience in the slightest for me. My only recommendation is that you see this film and let it speak for itself. 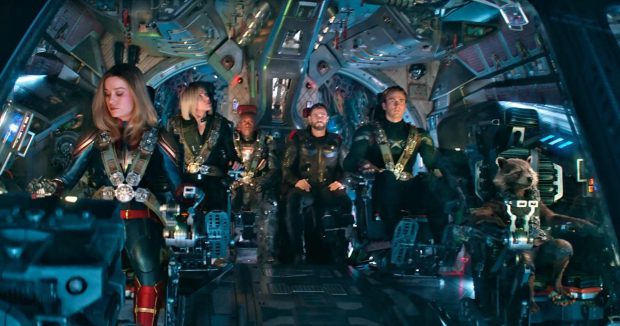 Strapped in for the ride of a lifetime

An incredible cinematic experience that delivers a satisfying finale to 22 films worth of build-up. It uses its long runtime well, delivers powerful character moments and strong fan service while delivering on the promise of an epic conclusion to everything that had come before. It’s not a flawless movie but is so entertaining that it renders the flaws unnoticeable. This basically amounts to one of the most invigorating cinematic experiences of my life and my only recommendation is that you see it so that it can speak for itself.