The Marvel Cinematic Universe returns to the big screen with a long overdue solo outing for the first female Avenger in Cate Shortland’s Black Widow.

It’s baffling that it has taken so long to give Scarlett Johansson’s Natasha Romanoff her own solo outing after years of being a franchise mainstay with important roles in many of the earlier films. Still, it eventually happened and it takes the form of an interquel set between the events of Captain America: Civil War and Avengers: Infinity War. 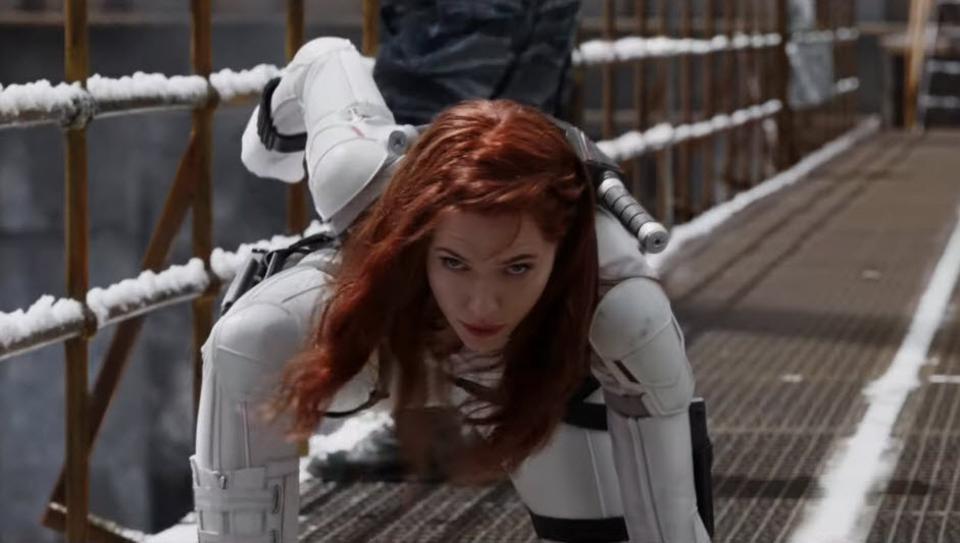 The bulk of the film picks up shortly after the events in Civil War that tore the Avengers apart. Natasha is on the run and looking to hide away until the heat dies down while she figures out her next move. As is frequently the case when plans are made life happens and she is drawn into a plot that she has a personal stake in directly related to her own backstory.

Early scenes depict Natasha’s childhood and indoctrination into the ominously named “Red Room”; an organisation that takes young girls and moulds them into skilled, efficient and unswervingly obedient operatives tasked with committing whatever atrocity is needed to serve the interests of Dreykov (Ray Winstone). There is coverage of the skills Natasha gains through her forced participation in this program but also what she loses as a result. Loss is a theme that the film covers heavily with Natasha having lost her found family in the Avengers and struggling with the prospect of being on her own again after letting her guard down and allowing herself to become close to other people. This is explored through her relationship to another family that she once had; this one manufactured as part of an undercover plot. It’s all about her past catching up with her and how she deals with it.

She is initially drawn into the events by her “sister” Yelena Belova (Florence Pugh) before eventually reuniting with her “father” Alexei Shostakov (David Harbour) and her “mother Melina Vostokoff (Rachel Weisz). They may not be blood related but they have plenty of familial dysfunction with many of the film’s strongest moments drawing on how families get under each other’s skin. The scene around the dinner table shown in the trailers is a particular highlight with a natural flow to the conversation including bickering and dredging up old mistakes. It really sells the notion of the past being difficult to confront and how families are a group of people forced together whether it makes sense or not. These relationships form an emotional pillar and are handled well. 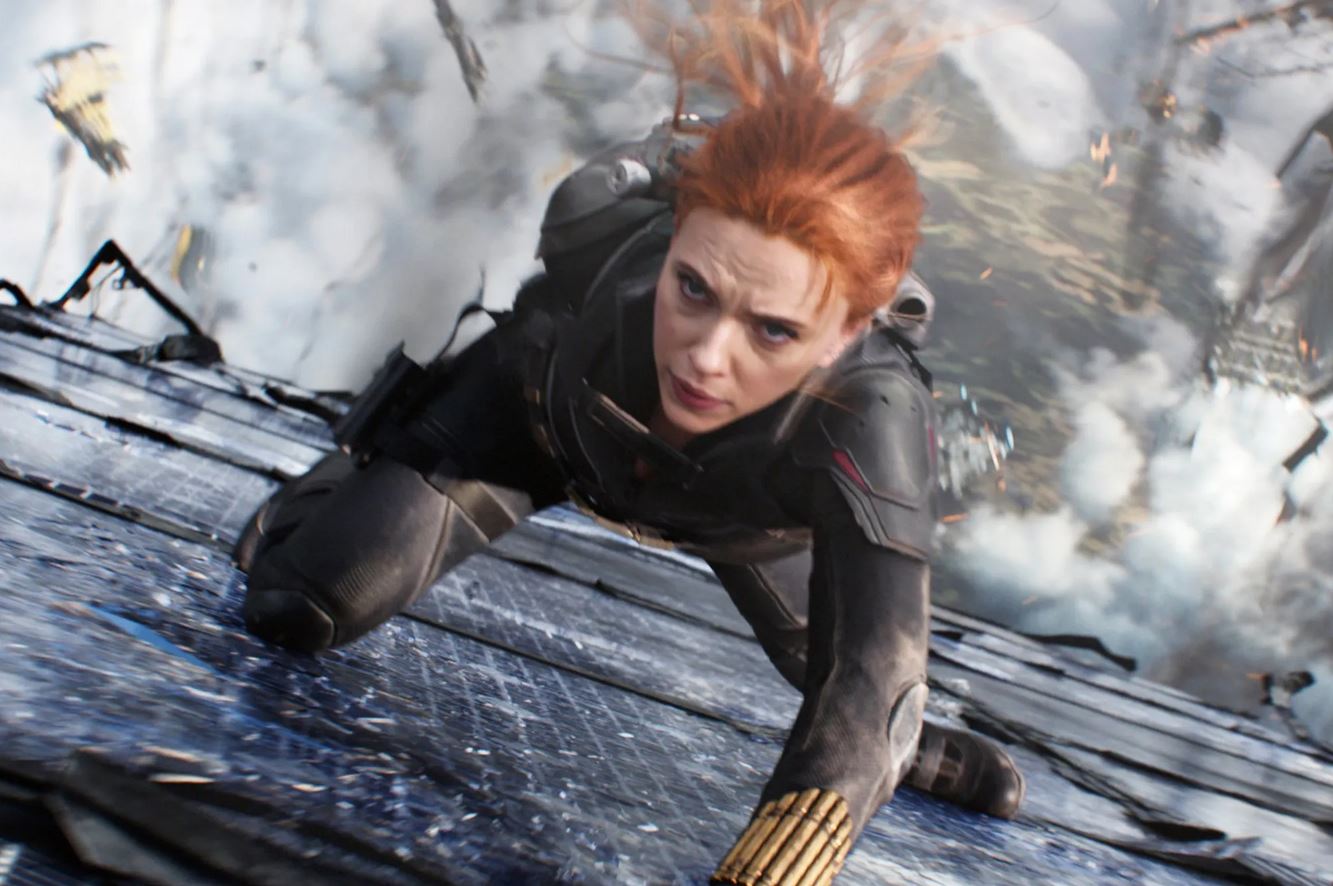 Natasha’s MCU future is up in the air

More attention is given to the Natasha/Yelena connection and it’s wonderfully portrayed. There’s a good mix of compassion, resentment, regret and a number of other complicated emotions prompted by their history. Florence Pugh is to be commended for her layered performance imbuing Yelena with a great deal of personality as well as instantly believable competence in high pressure situations. With part of the purpose of this film being an extended showcase for her as the inheritor of the Black Widow mantle in the MCU a lot of time is spent proving her to be worthy of that title and this is accomplished in spades. She is very much a well developed character so it never comes across as a cynical attempt to workshop a successor.

Scarlett Johansson is at her best in the Natasha role here. She has always worked well with the material and showcased the complexity of the character but this film gives her far more opportunity to dig into what makes her tick. She’s vulnerable, driven, highly intelligent, adaptable, massively skilled, funny -when needed-, tortured and many other things. Johansson juggles her different emotional beats with ease and continues to make the character constantly engaging with far more to chew on than any of her prior appearances. This is certainly her film and she applies herself wonderfully.

The plot makes good use of Natasha though it gets too overblown for its own sake especially towards the end. Things escalate to an unnecessarily high stakes point where a smaller scale narrative would have served the film better. There seems to be an expectation at this point that a Marvel film has to feature over the top bombastic set pieces usually involving something falling from the sky in the third act but focusing on more contained action would have been a more natural fit. The full extent of Natasha’s skill is used throughout. Her obvious physical prowess enables a lot of the action and her ability to manipulate people into compromising themselves is brilliantly deployed in a key scene. 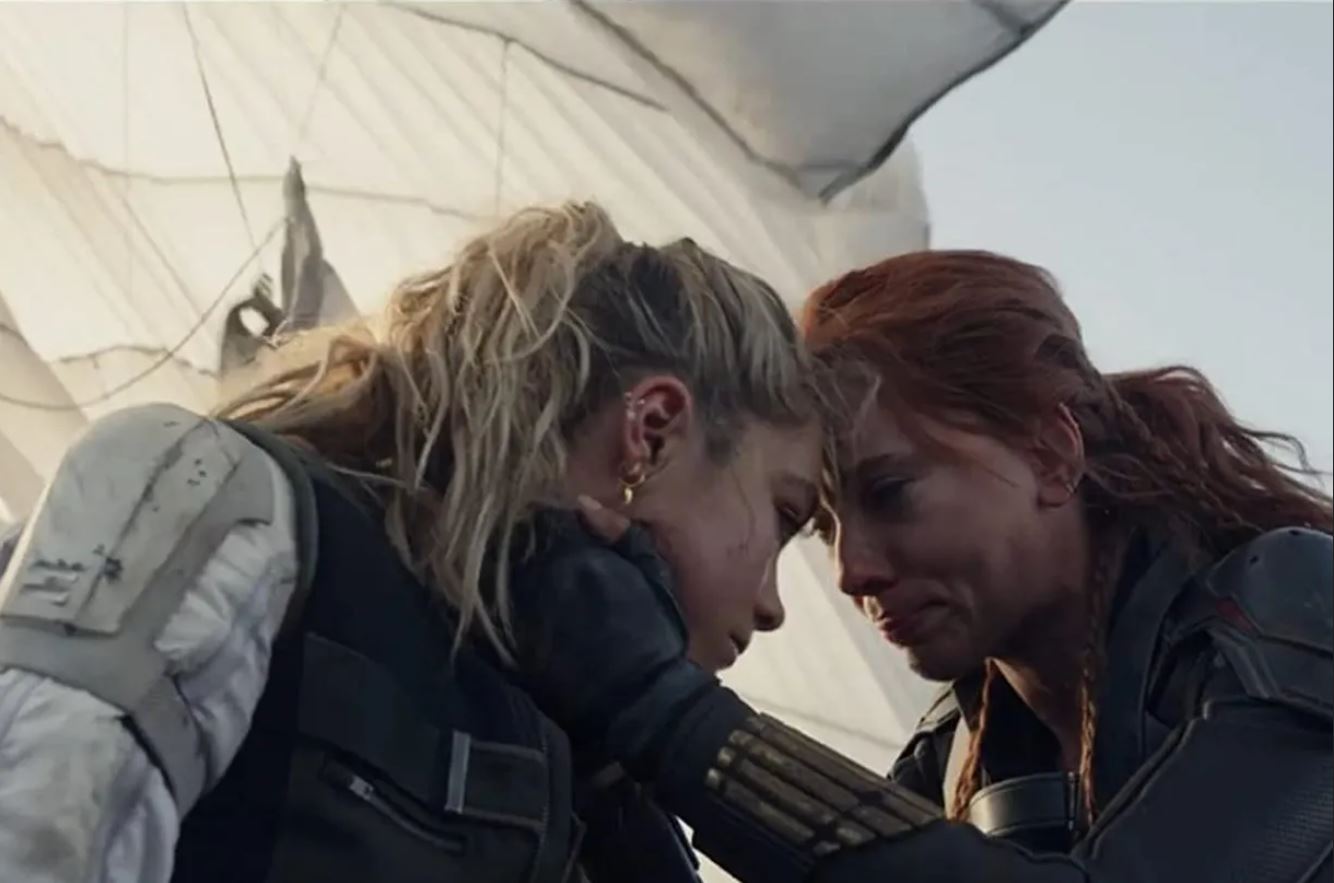 Sisters look out for each other

Not that the bombastic set pieces weren’t entertaining as they certainly were. The third act aerial sequence wasn’t entirely necessary with the best balance of large scale and contained being found in a prison break set piece that melds the two nicely. Outside of that this film lives in the Captain America: The Winter Soldier side of the MCU with gun battles, hand to hand combat and vehicle chases; all of which are well executed, exciting and entertaining.

The other characters are a mixed bag. Rachel Weisz’ Melina is compelling enough when she’s on screen but would have benefited from more to do especially with her clear importance in Natasha’s life, David Harbour’s Alexei is an over the hill Soviet answer to Captain America and frequently steals the scenes he’s in while being given his own moments of complexity to chew on when relating to his “daughters”. Ray Winstone’s Dreykov is a one note villain with too little screen time and never rises above his plot function when he appears. He’s the face of a corporate entity and little else which makes him forgettable despite being played by Ray Winstone.

A number of themes are touched on without being fully explored. Overcoming loss and redefining life in the aftermath is extensively and strongly covered which means that the film excels in depicting Natasha’s personal journey which to me is most important. Other themes such as control, abuse, corruption, loss of identity, what it takes to reclaim or find that identity, choice, gender inequality, social inequality, political strife among others are touched on but the film has very little to say about them beyond them being bad things. A more intimate and focused approach could have really hammered home the horror of lost young girls being forcibly moulded into obedient assassins but it largely gets lost in a cluttered mix of everything else that Black Widow attempts to cover. It definitely has it where it counts and if this is to be Natasha Romanoff’s final appearance then it is a worthy one. 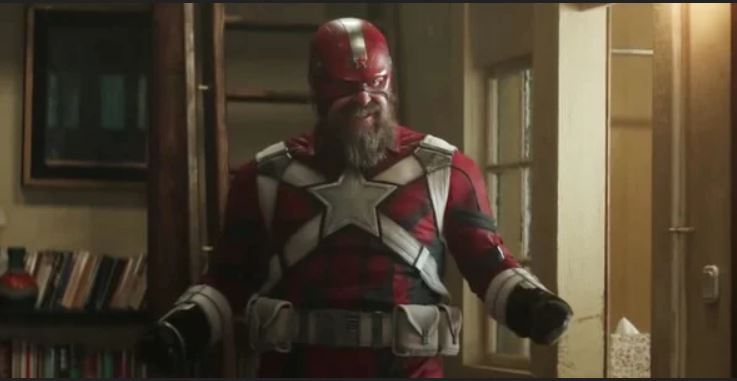 A strong and engaging character driven solo outing for Natasha Romanoff that deepens her considerably, delivers entertaining action beats and introduces other memorable characters. The plot does get too overblown for its own sake and some of the set pieces are very over the top where a more intimate approach would be favoured but Natasha is used well, Scarlett Johansson gives her best performance in the role and the story is appropriately personal to her. Her relationship with Florence Pugh’s Yelena is constantly engaging with the character primed to step into the limelight herself. David Harbour steals many of the scenes he appears in while still being appropriately complex beyond the comedic aspects of his character. Ray Winstone doesn’t stand out as a villain and it bites off more than it can chew with the themes it references but as a character driven narrative about coping with loss and redefining in the aftermath it has it where it counts.