Catwoman has had a long history in DC comics and is arguably as much of a household name as Batman himself. She’s had a lot of solo coverage in comics and appears in supporting roles in various live action properties but very little outside of that. This animated adventure makes her the central figure in a story uniquely suited to her skills and personality. 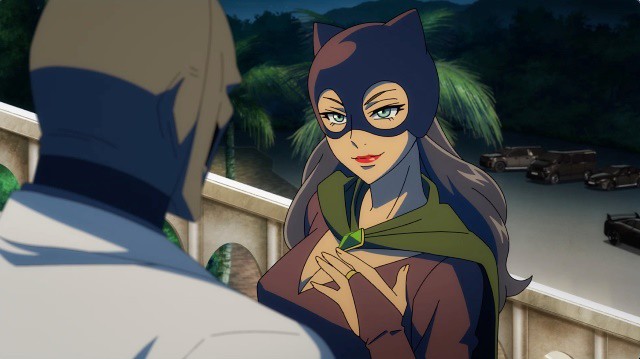 Selina Kyle (Elizabeth Gillies) begins the film in the midst of a heist to steal a very valuable jewel. Immediately the viewer is thrust into the plot with an elaborate sequence where she uses her skills, intelligence and gadgets to circumvent security in order to secure her prize. Gillies’ excellent vocal performance combined with sharp visuals and a wonderfully paced set piece set up Selina as a character and the world she inhabits as she does what she does best. It’s a near perfect introduction that knows how to have fun with the overall premise.

As mentioned, Elizabeth Gillies’ vocal performance is excellent. She boasts tremendous range and adds a great deal of depth to the character by mixing up her playful nature, moral ambiguity, professionalism, confidence and values. A lot can be gleaned from the way she delivers lines which creates a wonderfully nuanced character that is constantly engaging. The animation style and the way it’s deployed compliments this brilliantly to give Selina a unique physicality to match Gillies’ vocal take.

Her core relationship is with Stephanie Beatriz’ Kate Kane aka Batwoman. She acts as an obvious contrast to Selina by being more outwardly stoic and clearly impatient with Selina’s behaviour. This makes their interactions very interesting as Selina works to push Kate’s buttons to prompt certain reactions out of her. There’s room in the script for Beatriz to imbue Kate Kane with depth and vulnerability especially as the relationship develops over the course of the film. Together they are believably reluctant partners -or forced in Selina’s case- who come to respect and value one another. Using Batwoman as the core connection for Selina feels unique in itself as it provides something very different to what she might share with Batman who is mentioned but doesn’t appear. No sense of what this universe’s version of Batman might be like but Beatriz’ Kate Kane is distinct and her relationship with Selina is in no way influenced by either character’s connection to Batman. 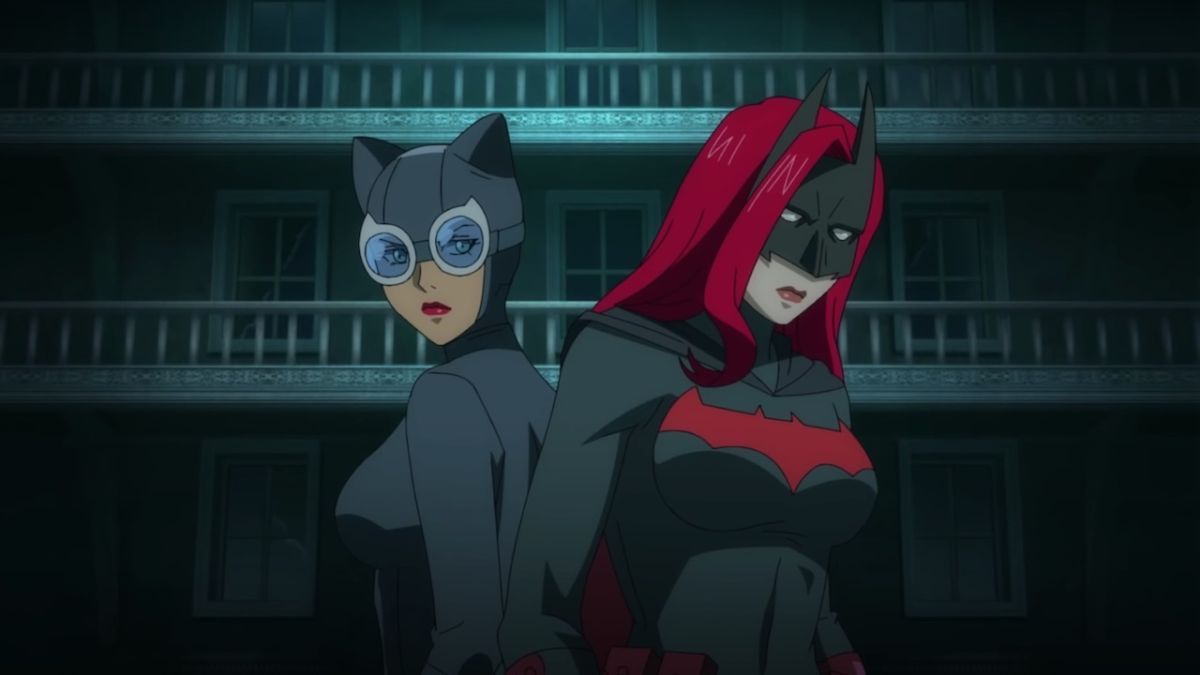 The film has no shortage of villains but juggles them well because they all have a defined role within the plot. Keith David’s Tobias Whale is imposing and menacing and Jonathan Bank’s Black Mask is truly sadistic. Their presence helps flesh out the world the film inhabits with their criminal organisations that are believably enduring. Kirby Howell-Baptiste’s Barbara Minerva aka Cheetah is a compelling take and she is utilised as an engaging physical threat late in the film. Kelly Hu’s Cheshire is equally memorable and the film has a lot with their shared feline themed identities.

Catwoman: Hunted has excellent pacing with the plot never slowing down while still allowing for character exploration. In some ways is plays out as a collection of smaller stories connected by a common thread which in turn makes the villains something of a procession of boss battles for Selina and/or Kate to deal with. The tightly constructed narrative means that the setup isn’t a problem but the structural tricks are noticeable. Some of the characters are arguably superfluous and are far less defined than others. Julia Pennyworth (Lauren Cohan) and King Faraday (Jonathan Frakes) could have been excised with minimal impact on the overall experience. These flaws are minor and don’t detract from what is otherwise excellent.

As mentioned above, the visuals are sharp. The anime influenced animation style is memorable and used brilliantly with a number of strong set pieces making excellent use of visual language to convey character driven action with impressive flair driven by the distinctive style. It’s a stunning looking film and the visuals compliment the characters to give the overall package plenty of personality. 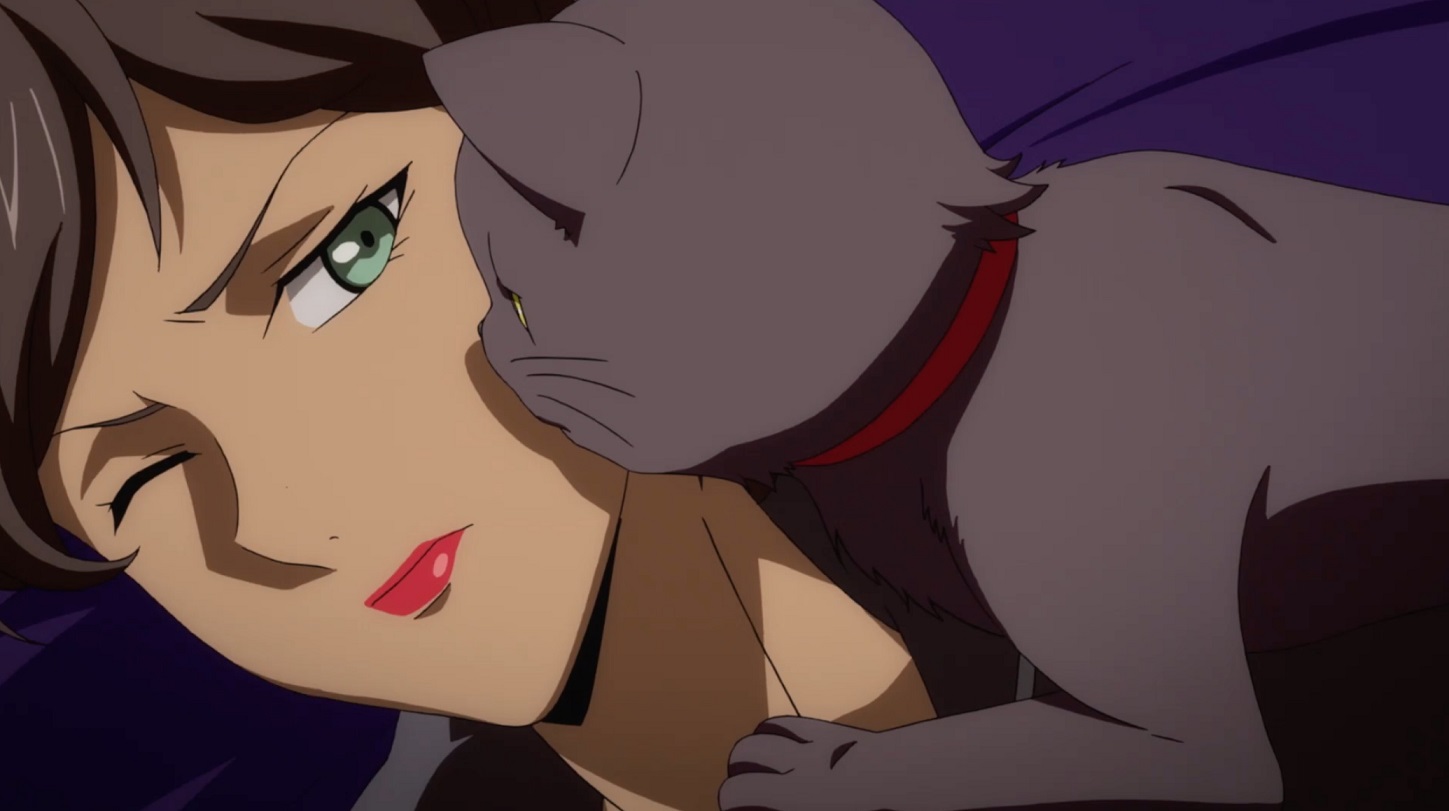 A visually stunning and tightly constructed character driven experience that is bursting with personality. Elizabeth Gillies delivers a distinctive take on Selina Kyle with plenty of depth that is complimented perfectly by the visuals. Her core relationship with Stephanie Beatriz’ Kate Kane aka Batwoman is defined by the contrasts with plenty of nuance to be found within that and a believable development. The collection of villains are used well in the context of the plot and stand out in their own ways though the narrative does come across as a collection of smaller stories defined by a particular boss battle. The construction is so well done that it’s barely noticeable but it remains a fact. Some characters are less developed than others and could have been cut but these issues are minor when considered alongside the overall experience. The visuals are sharp with the memorable animation style allowing for strong set pieces that convey character meaning that the whole package is dripping in personality.