A grieving father struggles to cope with the loss of his daughter until he is visited by representations of the universe to help him deal with his grief in David Frankel’s Collateral Beauty.

That’s what the marketing of this film wants you to think it’s about and it definitely isn’t about that. I’ve heard a lot of people talking about this film and how terrible it is for not putting across what was promised. While I can recognise that as being an issue and I think film studios should be held accountable for false advertising I just can’t hold that against this film. False advertising -along with too many spoilers- are the reason I tend to avoid most trailers so it does allow me to judge what I see in front of me with as little baggage as possible.

One thing this film does well is accomplish what it sets out to do and it outlines that very early on. Will Smith plays the grieving father, Howard and he does a great job at playing a truly broken man. Lots of time goes by where he doesn’t say a single word so everything has to come through Smith’s physical performance and he completely nails that. At no point was I ever in doubt about the pain this man was going through.

Interestingly the film isn’t actually about Howard. He has a big role and a defined arc for sure but it’s more about his three friends and business partners. Whit (Edward Norton), Claire (Kate Winslet) and Simon (Michael Peña) are the driving forces of the plot. They are all torn between their loyalty to Howard as a friend and their desire to make sure that the business they all run is able to continue. Howard is so consumed by grief that he does nothing to help them professionally and there is no way to get through to him so that he can realise that things need to be done otherwise they’ll lose everything. 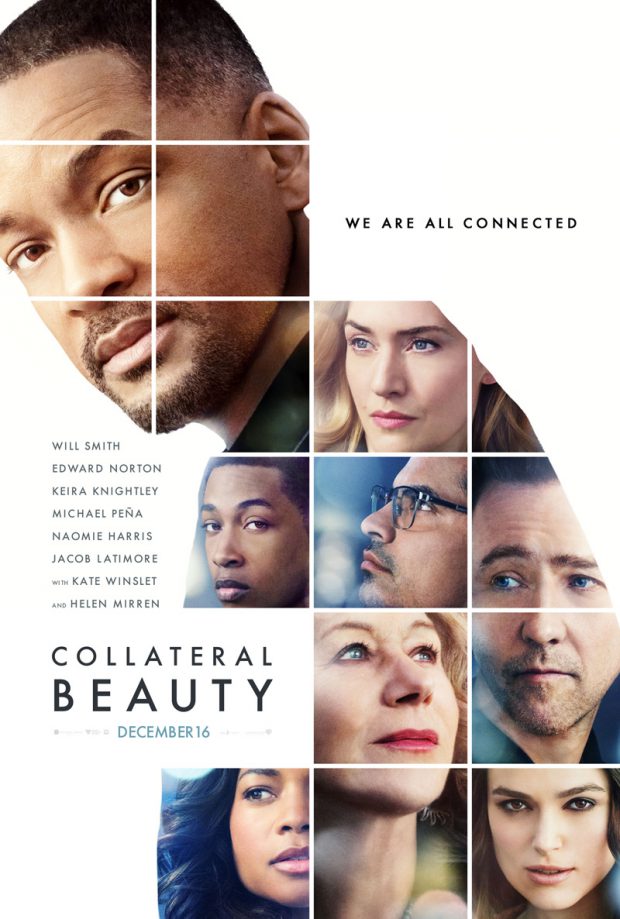 At that point things get a bit sketchy. This might be considered a spoiler based on it not being revealed in the trailer but it happens early in the film and the story never pretends that it’s a secret so I’m going to talk about it.

Howard processes his grief by writing letters to time, death and love to share his feelings about the role they played in his daughter’s death. Whit has the idea of embracing this delusion and hiring actors to play these roles so that he is able to interact with them so that he can start to move on. It’s a bit out there but it’s a solid enough idea. Perhaps not as good as him actually talking to these concepts but for the purposes of this story it fits. It does get to the point where footage of him talking to nobody is used as evidence of his inability to continue his role at the business which seems harsh but the way it plays out actually works.

The scenes where Howard talks to the actors are the weakest in the film as they don’t last long enough to do anything meaningful. Most of what he says to Amy aka Love (Keira Knightley) can be seen in the trailer and outside of a compelling emotional outburst against Brigitte aka Death (Helen Mirren) there’s little to be gained from these conversations.

Most interestingly is that the actors all represent something for Witt, Claire and Simon. Witt interacts most with Amy who does represent love for him since he is having trouble connecting with his daughter after his divorce. Claire feels that time is running out for her to have a family of her own so interacts more with Raffi aka Time (Jacob Lattimore) who helps her process her feelings about that. Lastly Simon is dealing with his mortality as a terminal illness is quickly consuming him so spends lots of time with Brigitte who helps him deal with that.

The way these actors manage to represent things for other characters besides Howard is what really impressed me. Suddenly it becomes less about a man processing his grief and more about a small group of people struggling to accept certain things in their lives. It might all be staged but the whole situation is important to everyone involved.

In terms of the overall execution of what this film sets out to do I would say that it does so very well. It’s relentless and brutal in the way it tugs at the heart strings but I can honestly say that it’s effective in doing so. The actors involved are first rate so their performances have a raw and emotional honesty to them that really carries things along. Some of the dialogue is really non the nose and it does end with a somewhat moronic twist that almost feels laughable but it’s a really earnest tale that more or less succeeds at managing its many moving parts.

A moving and interesting film that covers a lot of emotional ground. Will Smith does a great job portraying a man in pain and the rest of the actors carry the film beautifully. The overall premise does seem a little strange when written down but the way it comes across in the film actually works very well. It’s relentless and brutal in the way it tugs at the heart strings but it does so effectively and the actors involved are excellent. Not a bad film to end the year on at all.