For a while now Disney have been going through their back catalogue in an attempt to create different spins on classic stories. In some cases they simply do a worse remake of something that was already great just the way it was -see Aladdin or The Lion King- and sometimes they come up with something truly interesting like Maleficent. The questions surrounding this film are around what the overall approach will be and whether it’s going to be an attempt to make a character famous for wanting to make a coat out of puppies sympathetic. 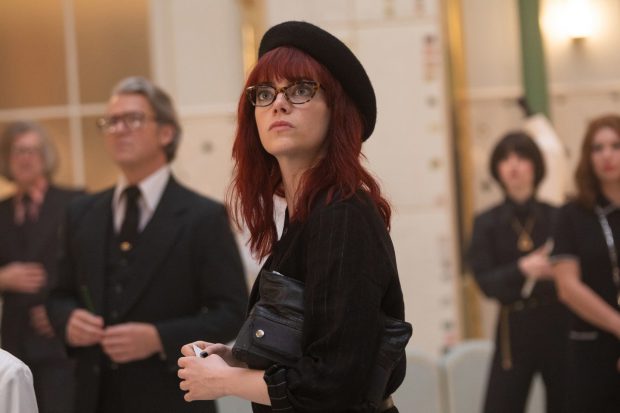 Everyone has to start somewhere

The biggest problem Cruella has is that it doesn’t quite commit in the way audiences might expect it to. Those looking for an origin story for the famous 101 Dalmations villain will get that to some degree but the film plays it safe in terms of how it tells its story. It works up to the Cruella look but she’s far from the immoral figure that people might remember from 101 Dalmations. It’s certainly a different take though there are elements that point to the desire to be at least partially seen as a prequel to that story which makes the lack of commitment to her fully becoming that villainous figure stand out more than it would had the film fully cemented itself as a fresh take.

Structurally it plays out a bit like a biopic starting with the birth of the title character who narrates her own life and promises to tell the audience what led to the point where she tells the story. This approach works well enough with enough work put in to give a sense of her background and what started to sow the seeds of bitterness that would come to define her. Focus is given to encounters that will end up inspiring the iconography people will associate with the character in a “wink to the camera” foreshadowing sort of way. Such things are to be expected from an origin story/prequel story and they range from being quick asides to overt distracting references depending on what it is.

Emma Stone plays the grown up Estella -the woman who will become Cruella-; a young woman seeking closure on a tragic event who finds herself mixed up in petty crime in order to survive. This changes somewhat when a job opportunity eventually grants her access to the Baroness (Emma Thomson); a cartoonishly narcissistic and malevolent designer. Emma Stone is predictably excellent in the role with unchecked vertigo radiating off her at every turn. She acts as the antagonist to Estella/Cruella’s anti-hero though she starts off as being everything Estella aspires to be and takes every opportunity to learn from her until realising exactly what sort of a person she is. From here the Cruella persona is born as Estella works to beat the Baroness at her own game by working to both humiliate and upstage her while using the access she gains as an employee to best plan how she’ll go about doing that. In a way the Estella/Cruella duality is akin to a spiteful and mildly sadistic Superman where mild mannered Estella keeps her ear to the ground so that Cruella can position herself to draw the limelight away from her nemesis. It’s very cleverly done and the contrast between the public downfall of the Baroness and the rise of Cruella as an icon really works as a hook through the midsection of the film. 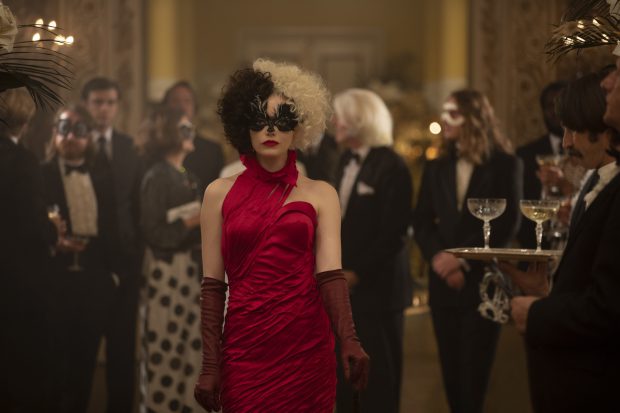 Duality is an important part of the character and Emma Stone performs it flawlessly. She is able to all but blend into the background as Estella and be flamboyantly larger than life as Cruella. Her development is gradual and believable as she descends further into the Cruella persona as things progress. This is backed up in the narrative by reveals that encourage her to gain further distance from the person she used to be in favour of the more confident, mischievous and delightfully mysterious celebrity that gains traction. The film touches on themes like empowerment, identity, celebrity long lasting trauma and desire. In Estella’s case she finds herself consumed by her desires until Estella is buried so deeply that she barely exists any more. It’s not quite a descent into madness but it’s very close and it certainly makes for a compelling character study.

The supporting cast do a good job of propping up the development of the lead though they scarcely take on anything memorable on their own terms. Jasper (Joel Fry) and Horace (Paul Walter Hauser) make for a fun double act when the film gives them time to exhibit their potential, Artie (John McCrea) had far more potential than the film had time to explore and Mark Strong is criminally underused as a character who eventually has the unenviable task of delivering one of the major twists. It is Cruella’s story and the other characters don’t get in the way of that but they tend to fade too much into the background at the same time.

Cruella is very visually stylish with ostentatious costumes being worn in ornate locations. There’s plenty of visual flourish like headlines being super imposed over Cruella’s rise to prominence and a wide variety of interesting looking locations. At times there is a tendency to rely on style over substance in the overall presentation such as the abundance of needle drop music cues – some of which fit and some of which don’t. They do help enhance the time period the film takes place in but it’s a crutch the film leans on and it becomes more blatant the more it happens making the soundtrack memorable for the wrong reasons.

The experience of watching Cruella is certainly an enjoyable one. Emma Stone’s presence does a lot to overcome the shortcomings and watching how Estella reacts to the surrounding world rapidly being revealed to be more and more cruel is always interesting. She is certainly a character who becomes defined by the setbacks she experiences and lashes out in ways she feels are appropriate. It’s not what people might expect but more than justifies its existence through what it does well. 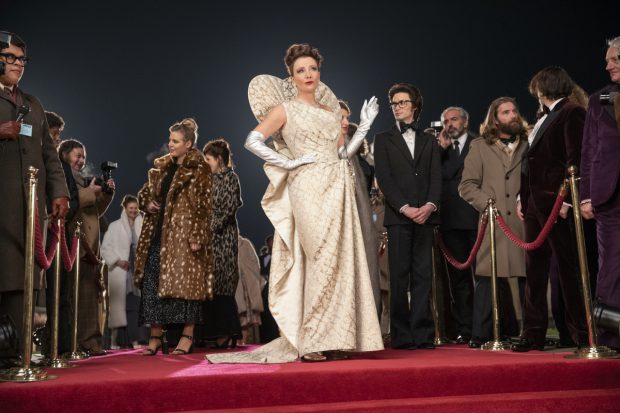 A compelling character study with an excellent leading performance, impressive exploration of different themes but overall plays it safe. Emma Stone plays the duality to the character brilliantly with her gradual development towards embracing the Cruella persona never failing to be engaging. Emma Thompson is an excellent antagonist and the way the film handles that connection is really interesting to see play out. It’s a visually striking film though often favours style over substance. This is especially apparent with the over reliance of needle drop music cues that make the soundtrack memorable for the wrong reasons. Those looking for an origin story for the famous dognapping villain will get it to an extent but the film fails to commit to it even though it tries to position itself as a prequel in places. If it focused on being a completely fresh take that may have been less apparent but there’s an overall sense of it being confused in what it sets out to do.