DC releases a collection of shorts featuring snapshots of four different properties in DC Showcase: Constantine – The House of Mystery.

There are a lot of DC characters and some of them get far more attention than others. The idea of introducing audiences to some of the lesser known properties in the DC comics canon through short stories that deliver a flavour of who they are is a good one. In this case, the collection is fronted by John Constantine (Matt Ryan); one of the better known ones. 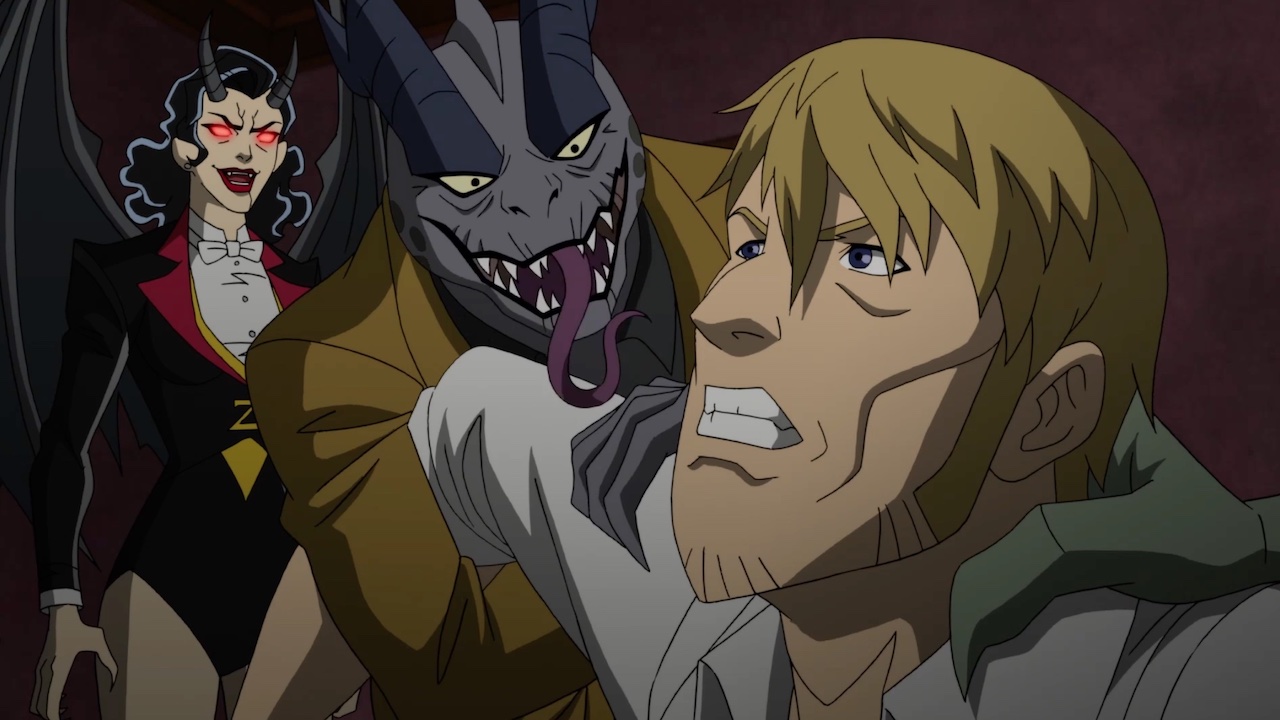 A bad day to be John Constantine

Constantine – The House of Mystery is a horror driven time loop story picking up after the events of the animated Apokolips War movie. Those who haven’t seen it need not worry as John’s opening narration fills the audience in on the basics before quickly moving to his decision to rewrite time so that nobody has to live on a destroyed Earth. That decision is where the titular “House of Mystery” comes in. John is trapped within it by The Spectre (Lou Diamond Phillips) as punishment for attempting to rewrite reality. The house contains manifestations of people he cares about such as Zatanna (Camilla Luddington) who lull him into a false sense of security before transforming into demons and murdering him in creative ways; something he is doomed to experience for eternity.

This being a short comes with advantages and drawbacks. The advantage is that the story moves very quickly but the disadvantage is that the story moves too quickly with no time to explore the nuance of a given element. Much of the running time is taken up by the various deaths that John experiences which does wear thin after a while though it is amusing that John makes the best of the bleakest of situations by grading the ways he dies.

Matt Ryan is as always note perfect as John Constantine and carries the story brilliantly. His performance is earnest with a sarcastic edge, towing the line between dramatic and comedic with ease. He elevates the material considerably and some impressive visual flourishes go some way towards disguising the rushed plotting. 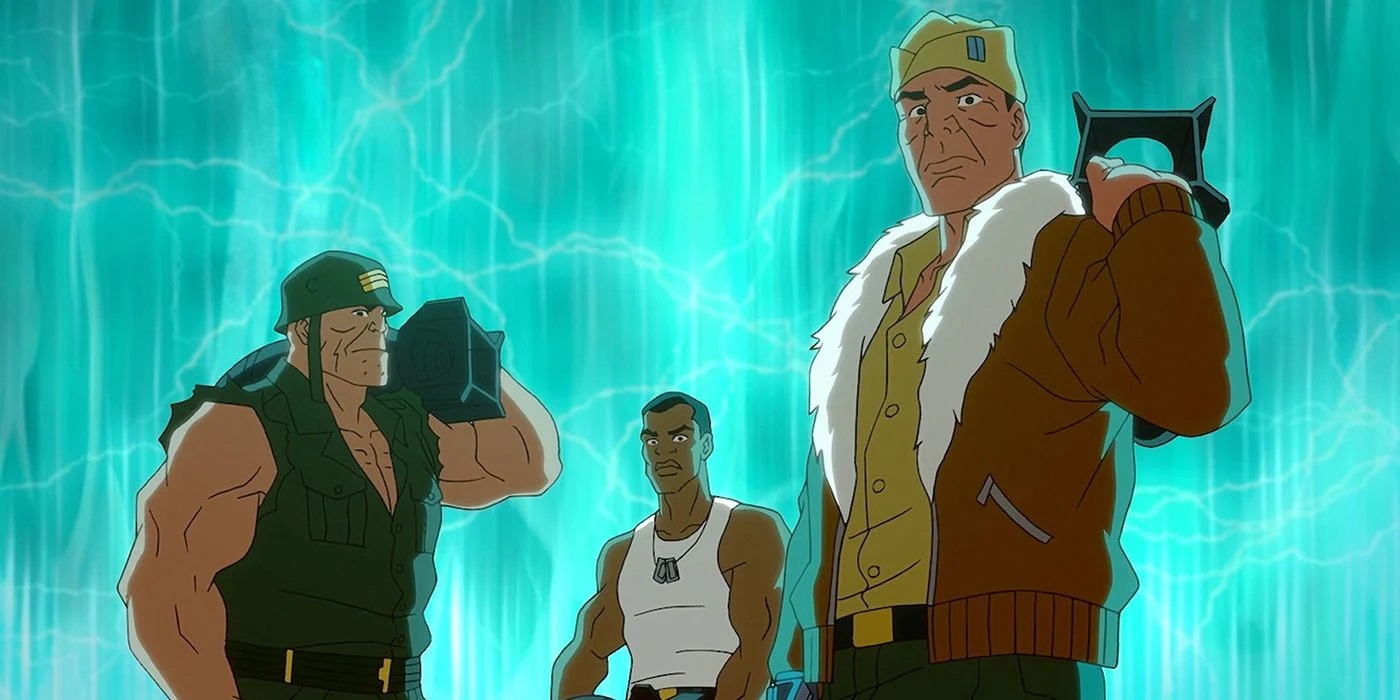 Here’s to the Losers!

The other shorts are mixed. Kamandi: The Last Boy On Earth fails to draw the viewer into the visually striking world it takes place in because the narrative overpowers the worldbuilding. There’s a limited grasp of characterisation so it’s difficult to invest in the emotional and physical journey Kamadi (Cameron Monaghan). The viewer is expected to do a lot to follow the story and it doesn’t work in the short’s favour.

The Losers is primarily an action piece with an absurdly high body count. It’s grounded in the conflict between Fan Long (Ming-Na Wen) and Storm (Dean Winters) and there’s slight commentary on the concepts of duty and honour being stacked up against the importance of individual life but the story itself is drowned out by the violence which leaves very little room for character development. It’s entertaining enough and the visuals are impressive but it’s frustratingly shallow.

Blue Beetle is done in a 1970s animation style not unlike what would be seen on Super Friends. It fully commits to the tongue in cheek approach and plays like something that would be made at the time with the odd more mature joke or reference thrown into the mix. Matt Lanter’s Blue Beetle and David Kaye’s The Question are a fun pairing but the novelty does wear off before the end of its short runtime. It’s charming in its own way but needed to do more to rise above the retro style and capture attention. 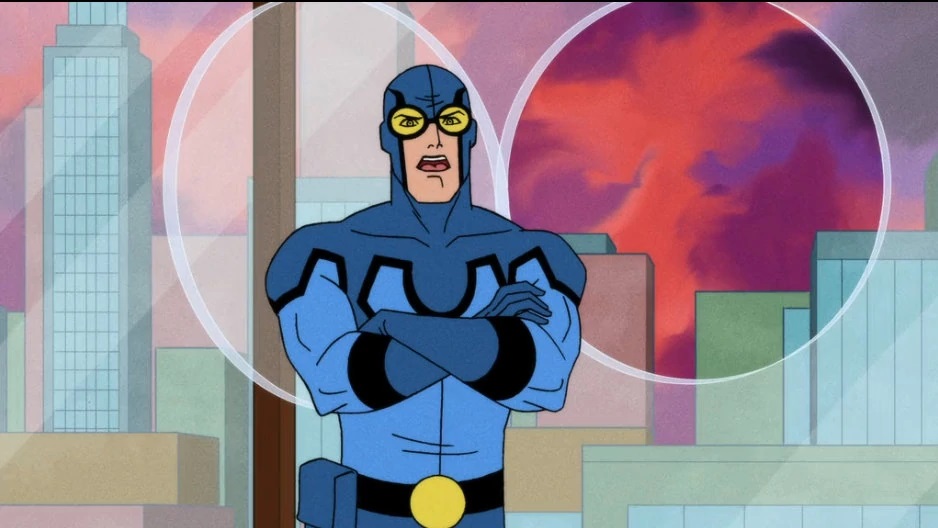 How could they have escaped?

An enjoyable collection of shorts with the title story being the most engaging. Matt Ryan’s is note perfect in the role of John Constantine and the plot moved very quickly which is both an advantage and a drawback. The other shorts are mixed but have merit to them in their own ways.