Recently discharged Marine sniper John Stewart has his life upended after coming into possession of an extraterrestrial ring granting him superpowers and additional responsibility in Jeff Wamester’s Green Lantern: Beware My Power.

Green Lantern is a character that should have more of a cultural footprint. The Ryan Reynolds movie is far from fondly remembered and seems to have hampered plans to make the character a household name. Animation is often a strong suit for DC and a real opportunity to tell stories about characters who deserve more attention. 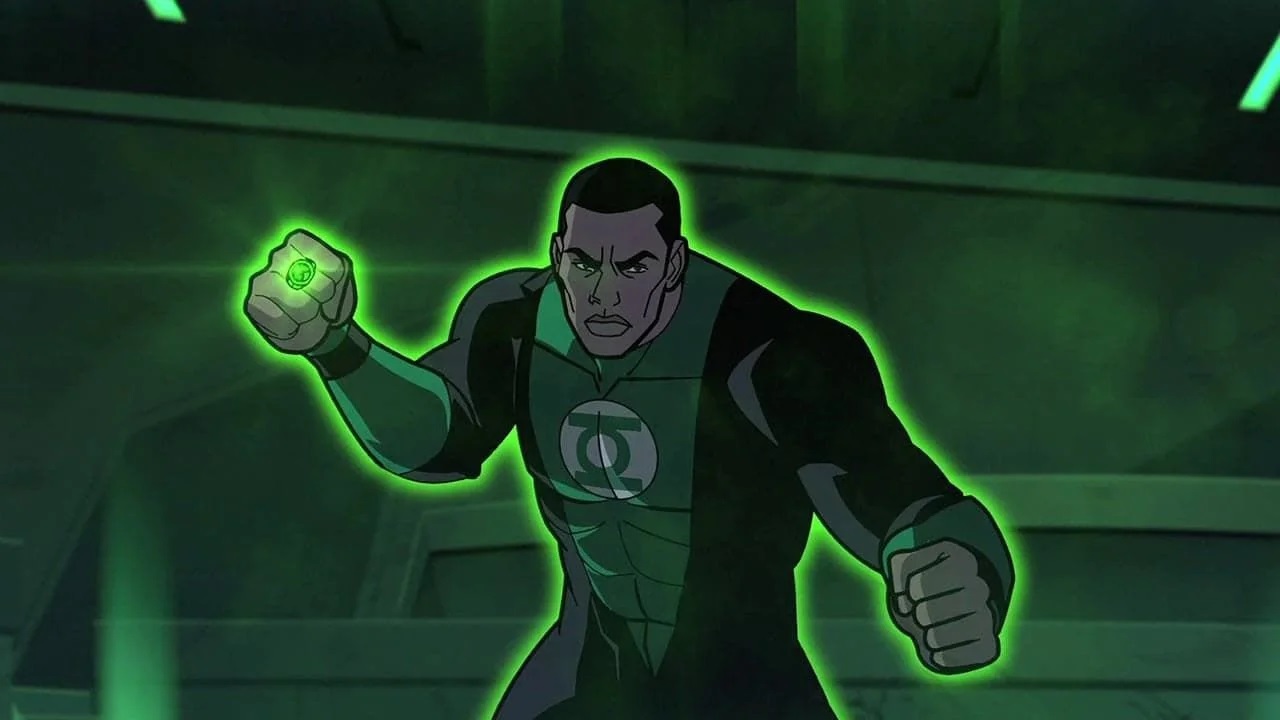 Put a ring on it

The plot centres on John Stewart (Aldis Hodge); a recently discharged Marine sniper struggling to reacclimate to life outside of military service. Early on he is established to be suffering from P.T.S.D. and looking for purpose now that he has no orders to follow. An early scene shows that he has strong heroic instincts that prompt him to take action that doesn’t quite mesh with the letter of the law. His life changes when a Green Lantern ring drops in his lap and he’s thrust into a much larger world than he could have imagined existed. He suddenly has to deal with the idea of being chosen to fulfil a particular role and being deemed worthy of that responsibility despite feeling that he has done nothing to earn it. As a former Marine, he is used to proving himself rather than the specific form of selection that he doesn’t understand. It’s a compelling riff on the worthiness concept with the character already being deemed worthy and coming to understand why that is over the course of the story. These are all potent concepts that the film combines into an engaging character arc.

John Stewart’s journey speeds him through encounters with members of the Justice League and involvement in an intergalactic War along with a mysterious accident that may not actually be an accident. His perspective fully sells how overwhelming this is for someone from a relatively simple background and presents plenty of opportunities for John to adapt to the situation as it evolves. The film still finds time for him to explore his powers, ask questions and question his ability to handle what he is being exposed to. It’s very much a hero’s journey when the hero has already been told that he’s the hero. His self-doubt escalates in line with the situation and allows the stakes to appear more personal despite the large-scale threat and destruction the film depicts.

Aldis Hodge is astounding in the role of John Stewart. His vocal performance contains multitudes including confusion, confidence, earnestness, pain and many others. He brings the viewer along with him on John’s emotional journey and compliments the slick writing nicely to create a relatable, sympathetic and often aspirational character. The performance prevents the character from being lost in the narrative and his development is believable based on what has been established about him. 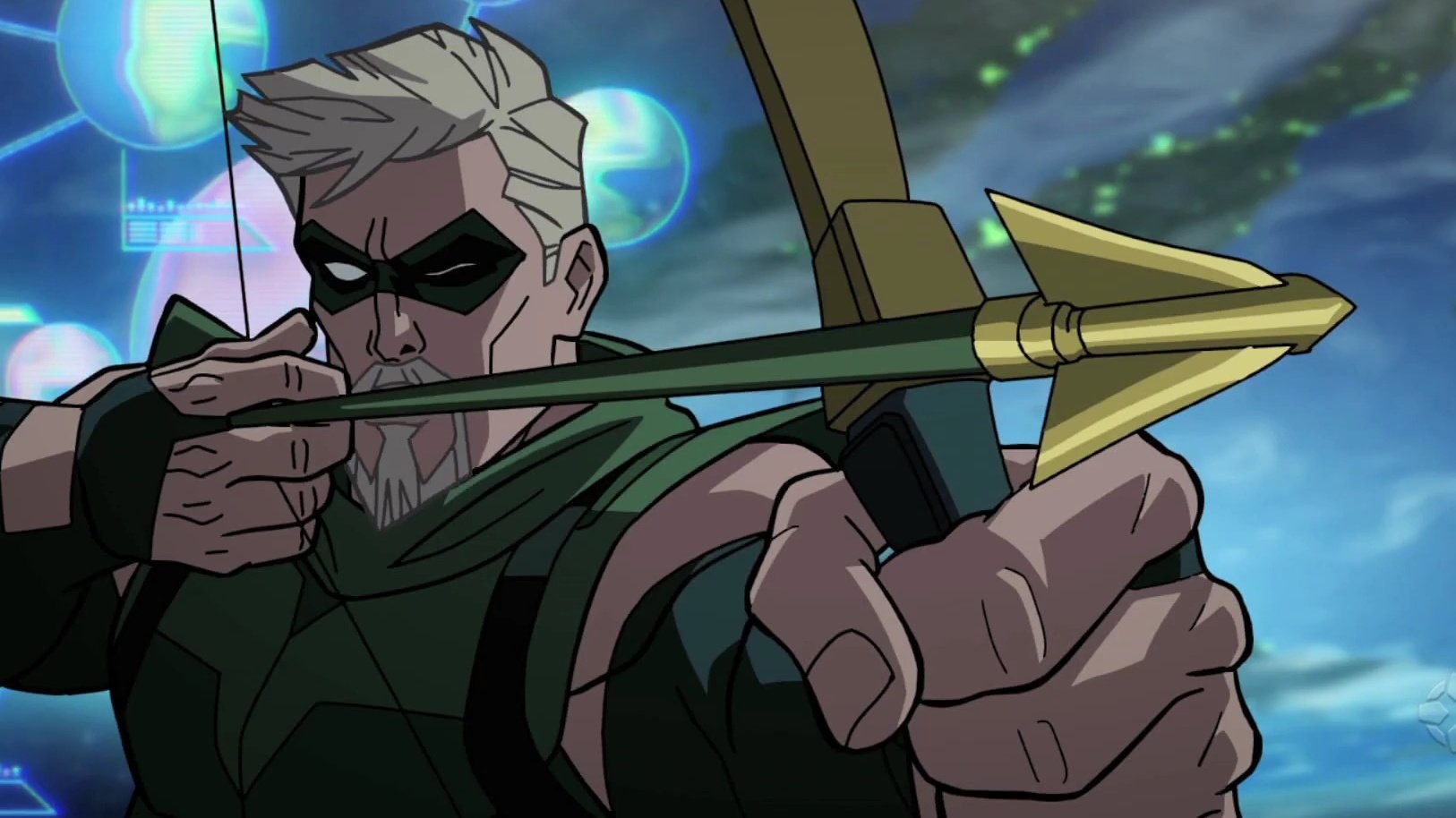 I’ll be your mentor for a while

The film covers a lot of ground with the character. His P.T.S.D. is a major fixture and his arc involves accepting the mantle that has been chosen for him on his own terms. His innate goodness prevents him from backing away from the fight even when he feels he has no place being involved and his recognition that there is a job to do even if he doesn’t feel equipped to do it is fully justified by how the character is established. Imposter syndrome also factors into what he has to deal with following repeated mention that his predecessor, Hal Jordan (Nolan North) was the greatest Green Lantern to ever wield a ring. He is constantly invited to question whether he can live up to such a reputation or even if he should try.

Other characters support his journey such as Oliver Queen aka Green Arrow (Jimmi Simpson). In the comics, Green Lantern and Green Arrow are often teamed up because their dynamic is such an interesting one. This film alters that celebrated partnership by having John in the place of Hal Jordan. Their relationship shifts organically as the story progresses with Oliver starting as a mentor before they transition to being on a more equal footing. Oliver can answer his early questions and then John is forced to step up when it becomes clear that he is the only one who can. Green Arrow being involved in an outer space adventure is an interesting novelty in itself and the film never forgets that.

Jamie Gray Hyder’s Hawkgirl also accompanies him. She embodies one side of the intergalactic conflict but on a more direct level represents a version of John that could exist if he throws himself completely into military service and lets his sense of self be defined by it. She is very much a no-nonsense soldier who is laser-focused on the job at hand. There’s a sense that this is an overcompensation for all that she has lost and there is grief that she won’t allow herself to feel so in that sense she is representative of a negative end-point for John if he doesn’t find a way to overcome his P.T.S.D. Adam Strange (Brian Bloom) doesn’t quite function as an aspect of John’s arc but has an important role in the story and is able to offer much-needed context as well as fit into the larger character dynamics naturally.

The focus on the heroic characters means that the antagonists suffer from being underdeveloped and the narrative is at times too busy for its own good. This is particularly noticeable in the development of the threat as the situation escalates very quickly and there are too many moving parts to keep track of in the time allowed. It works to an extent when following John’s perspective as he is overwhelmed by what he is experiencing but a sense of true clarity never descends and the third act is at times overcome with high-intensity action. It’s beautifully animated and wonderfully executed but takes away from the engagingly personal John Stewart story. A more focused threat that entirely connects to John’s journey would have helped this rather than his arc feeling at odds with the large-scale threat surrounding it. The storytelling is imbalanced and the conclusion ends up feeling rushed as a result. Ultimately the film builds up plenty of goodwill prior to this point but the third act is weaker than the other two. 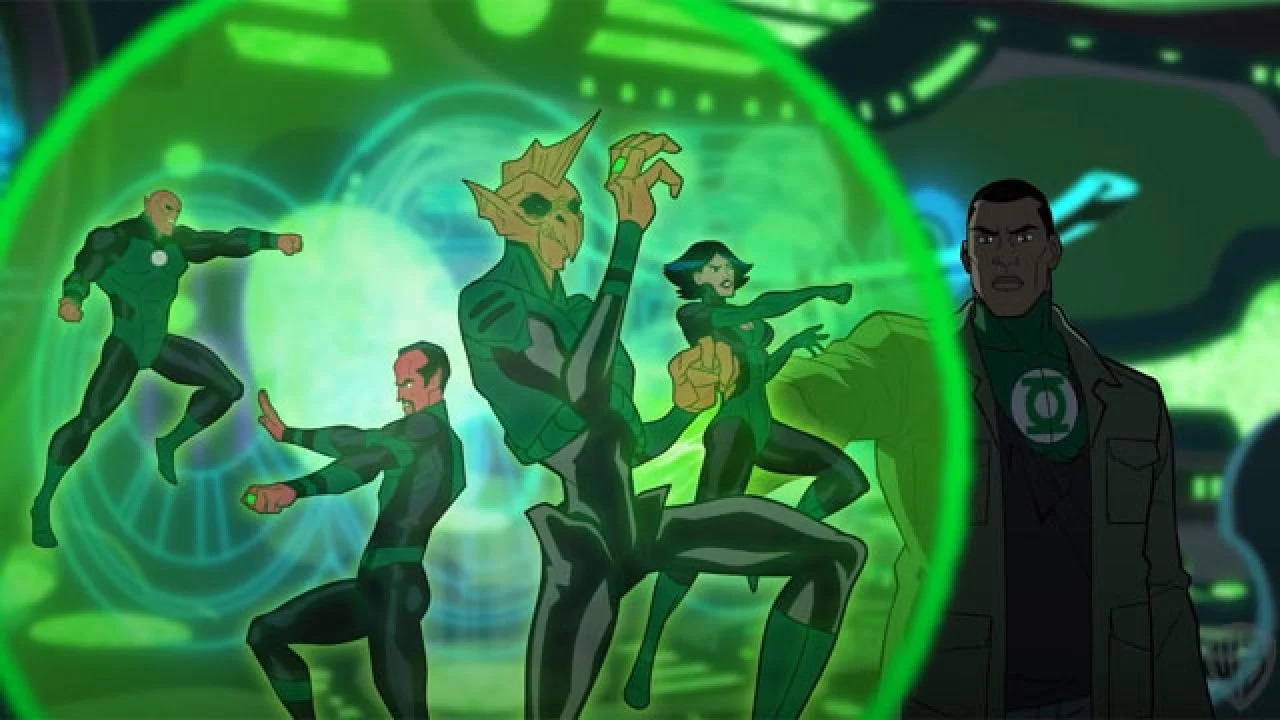 Always time for a history lesson

Another strong animated DC movie with an excellent central character arc, powerful vocal performances and stunning animation. John Stewart is a great character with a lot of compellingly relatable characteristics. His arc carries the film wonderfully and his presence allows for a lot of potent concepts to be explored. His P.T.S.D. is brilliantly introduced and explored while bringing in natural additions such as imposter syndrome. Adis Hodge’s vocal performance supports the sharp writing wonderfully and the supporting cast compliment John’s journey nicely. The film does get somewhat bogged down in large-scale action in its third act where a more character-focused approach would have been preferable but Ultimately the film builds up plenty of goodwill prior to this point.