A young German boy finds his world view challenged when faced with a living example of what he has been trained to hate in Taika Waititi’s Jojo Rabbit.

On the surface this film could very much be considered a risk as the main character is a devout follower of Adolf Hitler to the point that the historic fascist appears to him as an imaginary friend. Not to mention the fact that the film takes place in Nazi Germany and follows characters who are very much a part of that cause. It’s certainly a concept that only someone like Taika Waititi could hope to both tackle and have financed. 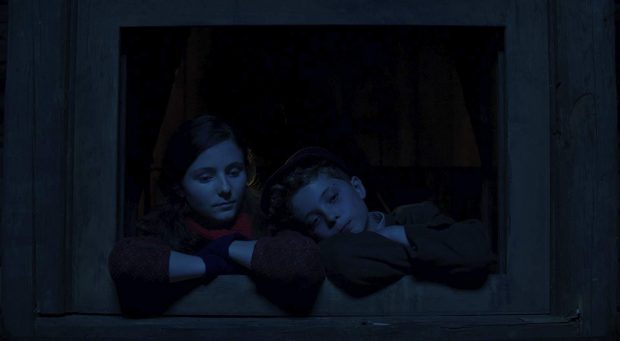 The reality of what the film actually is differs significantly from what it could have been. It’s basically a coming of age story about a boy having his mind opened by facing things he had been sheltered from. The Nazi Germany setting is significant to the world, story and who he is at the beginning of his journey but there’s no ambiguity about where any of it is going or what the right side of history is. Early on the Nazi characters are played for laughs and are comically ridiculous. Many lines and actions from Sam Rockwell and Rebel Wilson are designed to ridicule the Nazi beliefs in a way that might make audiences wonder why anyone bought into it in the first place. Of course the regime is exaggerated for comic effect but it gets the point across that there was a lot of baseless backwards and intolerant thinking.

Jojo (Roman Griffin Davis) begins the film as a naive and deluded boy who believes the hype of a regime he really knows nothing about. Everyone tells him to hate Jews so he hates Jews, he is told that Hitler deserves absolute loyalty so he never thinks to question anything he’s told to do by those who follow him; those along with other misguided beliefs guide him down the wrong path to adulthood with the obvious intention of having him learn lessons that send him down a better path. Roman Griffin Davis is an excellent lead and plays the transition from naivety to understanding wonderfully. He juggles curiosity, closed minded devotion and childish naivety perfectly throughout while also having excellent comic timing.

His journey is personified by a few things; the first is his relationship to his mother, Rosie (Scarlett Johansson) who tries to pull him away from his devotion to the Reich by encouraging him to be a carefree little boy who likes to have fun. She quietly teaches him about tolerance and compassion even if he isn’t in the right frame of mind to hear what she says at that point. Rosie is very much a supporting character who disappears for large chunks of the film before being removed entirely around two thirds of the way through but Scarlett Johansson makes her memorable in the time she has and injects a great deal of warmth in her scenes. 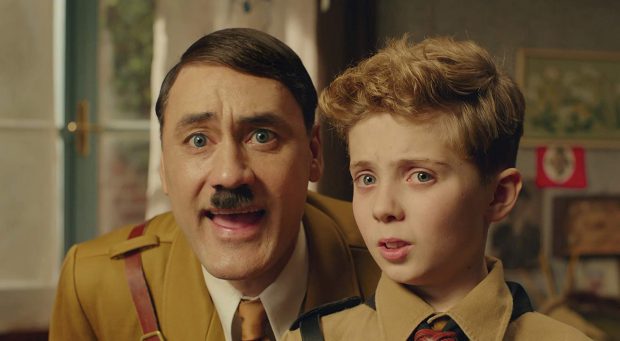 Jojo’s imaginary friend, Hitler (Taika Waititi) represents his baseless devotion to the Nazi cause. Despite being a prominent fixture in the trailers there isn’t actually a lot of time devoted to interactions between Jojo and the imaginary Hitler. Most of the laughs come from their scenes together and this portrayal of Hitler acts as an extension of the bumbling antics of the other Nazis featured. Taika Watiti plays this perfectly and there’s a lot of humour in imaginary Hitler’s ridiculous suggestions that Jojo initially takes at face value. Not using the imaginary Hitler extensively means that it never overstays its welcome and keeps the focus on Jojo’s growth rather than his imaginary comedy sidekick.

Challenging Jojo’s world-view is Elsa (Thomasin McKenzie), a young Jewish woman hidden in his house by his mother who shows him the human side of his indoctrinated hatred. At first she toys with him by expanding on the ridiculous stories he has heard about Jews until they eventually begin to come to an understanding and grow closer. The film is at its best when focusing on their relationship as it always comes across as endearing and the chemistry between the two actors carries it effortlessly. Thomasin McKenzie adds a lot of depth to the character with her earnest yet playful performance and she conveys so much sadness behind the eyes. Watching Jojo and Elsa grow closer is consistently heart-warming and their connection develops organically.

The film struggles most in its use of tone. Taika Waititi films generally operate with a range of tones and that approach usually works for him but here it feels as if the comedic moments are at odds with the more serious heartwarming ones. He clearly has something to say about assumptions and tolerance with this film but that message gets lost at times where there’s confusion about what a particular scene is going for. It isn’t enough to be overly distracting but it’s definitely an issue that drags the narrative down at times. 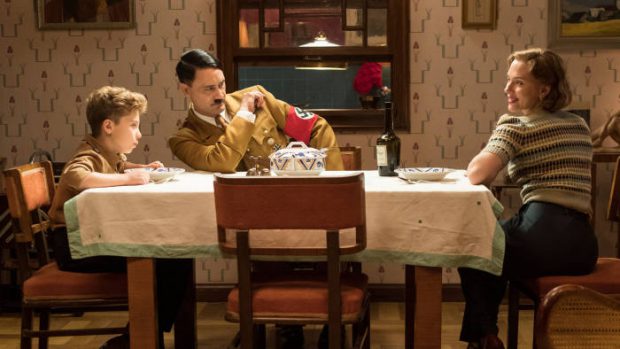 A heart-warming coming of age story with a strong message about assumptions and tolerance that boasts excellent performances. Jojo is an engaging character who grows a great deal over the course of the film from his naive devotion to a more open minded outlook. He is played wonderfully by Roman Griffin Davis. The imaginary Hitler isn’t used excessively and compliments the bumbling Nazi’s portrayed elsewhere. Scarlett Johansson’s brief screen time injects a great deal of warmth into the film and compliments Jojo’s journey wonderfully as does his relationship with Elsa which never fails to be heart-warming. Thomasin McKenzie adds a lot of depth Elsa and her connection to Jojo grows organically. The main problem the film has is with its use of tone which occasionally distracts from the message at play. It’s not overly distracting but it does drag the narrative down at times. Despite the minor issues it’s a strong story about growth and acceptance that strikes the right emotional chord.