A biochemist turns himself into a bloodthirsty Vampire when trying to cure himself of a rare blood disease in Daniel Espinosa’s Morbius.

The Sony tactic of adapting characters connected to Spider-Man with no connection to Spider-Man has always been a baffling prospect. Venom and its sequel were fun but both feeling distinctly low effort without managing to earn the separation from Spider-Man by creating a worthy unique setup in its own right. Michael Morbius is a character who could far more easily function without Spider-Man as their origin stories aren’t strictly connected in the comic book source material though without Spider-Man questions are raised around what separates this from any other standard Vampire story. 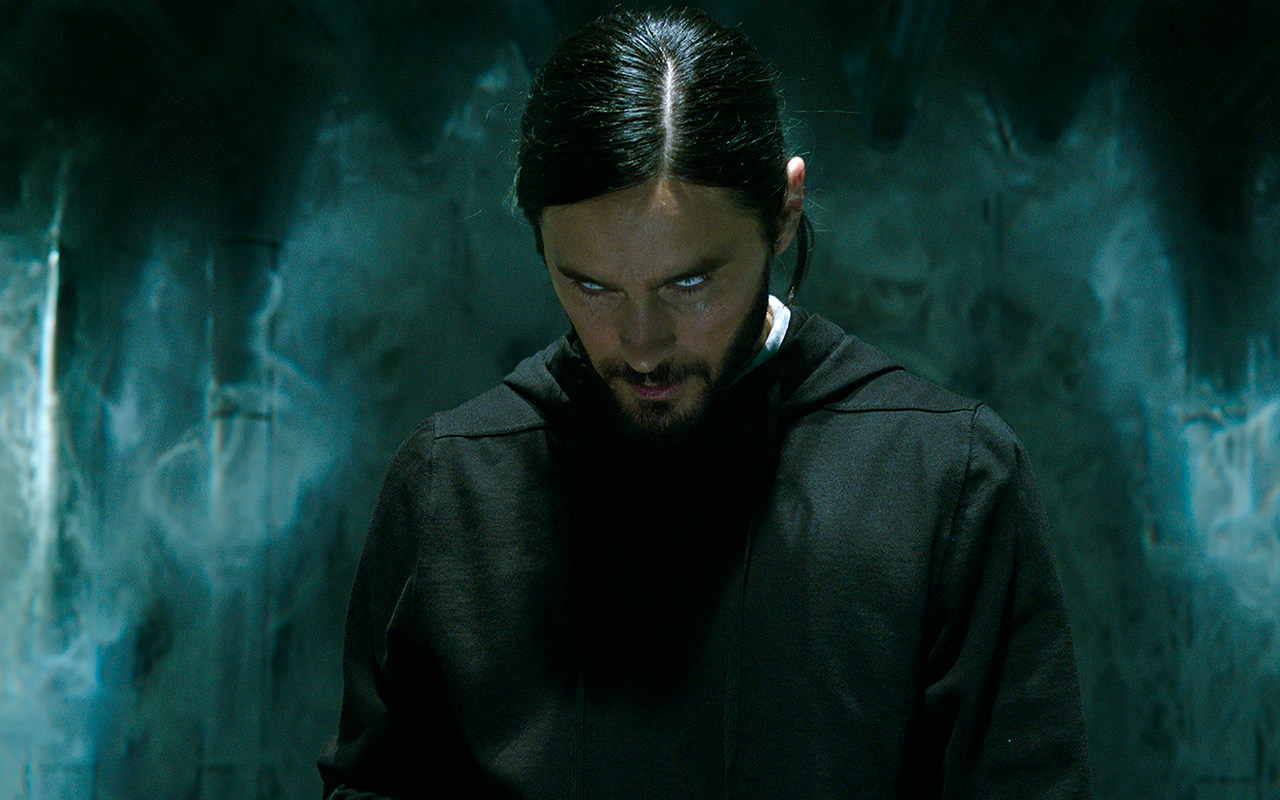 My bat sense is tingling!

A short answer is “not much”; Morbius takes the “science gone wrong” approach to giving the titular character his origin story. Michael Morbius (Jared Leto) was born with a rare blood disease that renders him partially paralysed but he is also gifted with a genius level intellect so used that to get to work on a cure for this ailment. It follows the beats you might expect with him making a breakthrough, testing it on himself and it all going horribly wrong from there. Ultimately the plot is a by the numbers retread of narratives audiences have seen play out dozens of time before.

Jared Leto is reasonable in the lead role but doesn’t have a great deal to work with. Michael Morbius is determined and terminally frustrated before transitioning into tortured as the self inflicted affliction starts to take hold. A massacre he commits following his first transformation is dismissed as something not to be repeated and the rest of the film centres around him either finding a way to stabilise himself or put and end to this completely.

The other side of the coin is Milo (Matt Smith); Michael’s childhood friend and the chief benefactor of his research. For reasons the film doesn’t take the time to explain he turns himself into a Vampire but takes a less altruistic route when it comes to satisfying his thirst for blood. Matt Smith at least has a lot of fun in the role and hams up his performance to the extreme but there’s no character here. Milo is an obstacle placed within a flimsy narrative to give Michael a mirror image of himself to fight in the third act. Their so called long friendship isn’t developed enough and any scene shared between them is mechanical. The same can be said of any scene; the exist to get the point of the scene across with no added depth or characterisation. 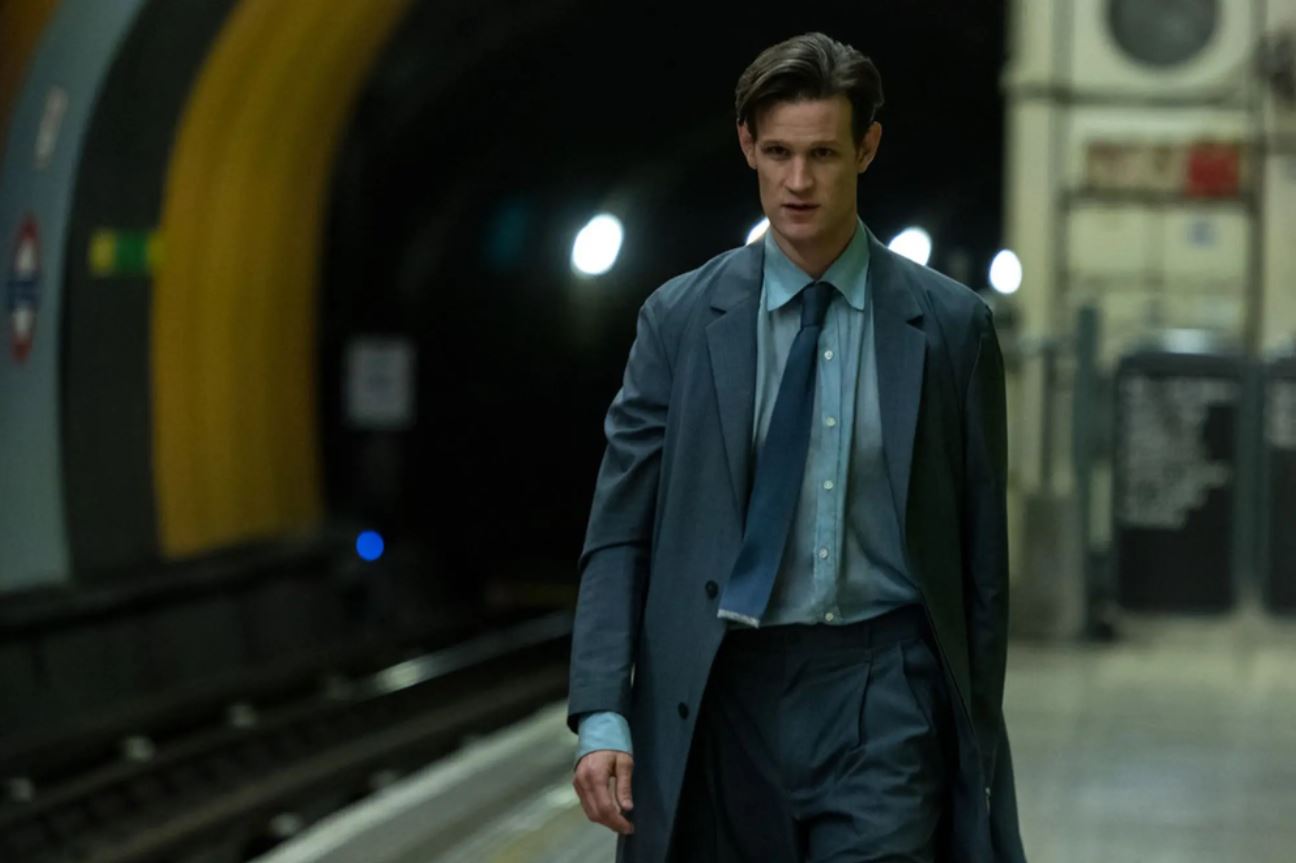 The Doctor is in!

A forgettable supporting cast don’t fare any better. Jared Harris as a father figure of sorts to Michael and Milo doesn’t have enough screen time to make an impression, Adria Arjona’s Martine is a stock love interest with no defining traits and the law enforcement duo of Agent Rodriguez (Al Madrigal) and Simon Stroud (Tyrese Gibson) exist to provide exposition. Tyrese Gibson in particular consistently performs as if he would rather be anywhere else. For the most part the supporting cast could have been cut.

The biggest sin Morbius commits as a film is how forgettable it is. It’s mercifully short but it’s clear that it has been cut to the bone in order to make the running time. As such it appears to have significant gaps in its storytelling in an effort to get it all over with as much as possible. Clunky exposition attempts to fill the gaps but there isn’t even enough of that to disguise how much has been clearly excised. As such the end result feels unfinished though there’s no sense that there was anything all that interesting in there to begin with.

Visually the film suffers greatly also. Some of the visual flair associated with the powers such as the “Bat Radar” is impressive but much of it looks bland and the climactic third act brawl where two entities with identical powers punch each other in the dark is borderline incomprehensible. The aforementioned massacre and other horror inspired sequences are equally incoherent. All of the failures in the storytelling means that there are no stakes as, despite the time spent explaining how they work, the film never provides a full sense of the rules and limitations. The end result is a messy collection of partially formed ideas fed into uninteresting action sequences.

It isn’t entirely without merit. Even though it isn’t actually in the film, the suggestion of an interesting binary created by Michael and Milo around addiction exists. Michael is the one who struggles with his addiction and works to defeat it where Milo succumbs to it. The cinematography in Michael set scenes is gloomy which supports the notion of him struggling to maintain control where Milo centric scenes are far brighter and more manic suggesting the glow of the euphoric feeling before the damage begins. It isn’t developed or taken any further than that but it’s in the subtext and is mildly interesting to contemplate. With more work and making this conflict the focus then Morbius may have been more than forgettable but the product as presented isn’t worth the wait nor does it stand out in any way.

A messy, bland and incoherent experience with underdeveloped ideas, incomprehensible action and significant failures in its storytelling. Jared Leto is reasonable in the lead role but doesn’t have a great deal to work with. Matt Smith has a lot of fun hamming up his performance but his character is similarly undeveloped as is the friendship between him and Michael. A forgettable supporting cast fail to grab any attention and the film suffers from really bland visuals with action sequences that are borderline incomprehensible. An addiction driven theme exists in the subtext and is mildly interesting but fails to come to anything. With more work and making this conflict the focus then Morbius may have been more than forgettable but the product as presented isn’t worth the wait nor does it stand out in any way.