The default expectation from video game to movie adaptations is still that they will be bad. Sonic the Hedgehog and Detective Pikachu stand out as personal exceptions for me but the quality level from other attempts to translate to video games to movies is not high. The problems comes from how different the two mediums are and a failure to make the necessary alterations to translate an interactive narrative into a passive one in a way that works.

In theory, Mortal Kombat should be an easier adaptation than others because the focus is entirely on the brutality of the fights between the characters so the core audience is there to see that. On that aspect this film mostly delivers with a few engaging action sequences that make good use of the characters and their abilities. There isn’t a lot of variety to the action though the stunts are impressive. At times the particular abilities of a given character are creatively used and it is as brutally violent as players of the video game have come to expect. Those less familiar with the video game who enjoy that sort of action will likely find a lot to enjoy here though it’s far from the best example of that. Visually it’s all over the place with some impressive locations and set design contrasted with unconvincing CGI creations of otherworldly locations or monsters. 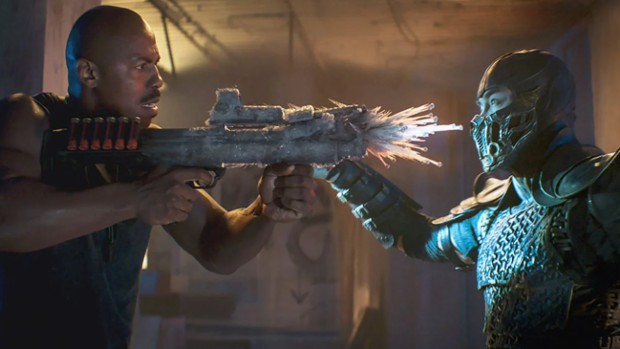 The film stumbles on its general approach to telling the story. Mortal Kombat has a great deal of lore associated with it that has been developed over its long history and this film attempts to cover a great deal of it in a very short time. This is done from the perspective of Cole Young (Lewis Tan); an MMA fighter with a birthright connection to the Mortal Kombat tournament who is targeted by the villainous Shan Tsung (Chin Han) because he wants to kill the other combatants in order to cheat his way to the coveted tenth victory that allows his forces to invade Earth. Cole is fine as characters go with a standard yet clear backstory bringing him into this fantastical world that he has to find a way to deal with. His arc is entirely by the numbers with the usual reluctance and self doubt leading to the full acceptance of what he needs to do and the powers that come with it. In essence it’s a heroes journey and it plays out well enough if predictably. Lewis Tan is engaging in the role, capable in the fight sequence and the character of Cole is a reasonable introductory perspective to the world the film inhabits.

A major issue is that the story is hopelessly convoluted because of how much is being crammed in. Long stretches of time are devoted to characters explaining the plot or how particular things work rather than showing these things in a more organic way. What this amounts to is a mostly boring experience featuring far more exposition than is needed being occasionally broken up by fights of varying quality. It also takes itself far too seriously which makes it jarring when it does lean into the over the top silliness that is actually really charming when it appears. If it didn’t get so bogged down in explaining things and establishing the lore in such a clumsy way then it would be a lot of fun. The most unintentionally amusing parts are when the film bends over backwards to bring in some of the iconic Mortal Kombat catchphrases such as “flawless victory” and “fatality” then ruins them by surrounding them with unnecessarily explanations. There’s an over the top and delightfully silly movie in there somewhere just screaming to come out.

Outside of Cole the other characters are a mixed bag. For one thing there are far too many of them to be truly invested though there is a clear divide between heroes and villains that is easy enough to follow. The villain characters are painfully stock and uninteresting with none of them managing to be in any way memorable save for Sub Zero (Joe Taslim) who is immensely threatening, competent and involved in the coolest -pun intended- sequences the film has to offer. A smaller scale story where Sub Zero was the main antagonist with some secondary expendable henchmen characters might have been more palatable instead of the bloated roster of villains who have little to offer.

The heroes are similarly hit and miss but fare better in some cases. Sonia Blade (Jessica McNamee) keeps the plot moving through her knowledge of the situation though she’s uncomfortably sidelined by being exempt from the tournament basically because she’s a girl. She’s certainly among the most capable of all the characters and would likely have been a more interesting focal character than Cole given the details that are dropped about her exploits prior to her appearance in the film. Josh Lawson’s Kano is by far the most engaging presence and definitely exists in the over the top silly movie that Mortal Kombat really wants to be but fails miserably. His constant quips do get a bit much after a while but he has a distinct personality and is clearly characterised more so than any other. Other characters such as Jax (Mehcad Brooks) and Liu Kang (Ludi Lin) but they contribute little to the overall experience. Cutting down on the roster of characters so that more focus could be given to them would have likely benefited the film as what exists is a bloated mess that fails to capitalise on the potential that is clearly locked within. 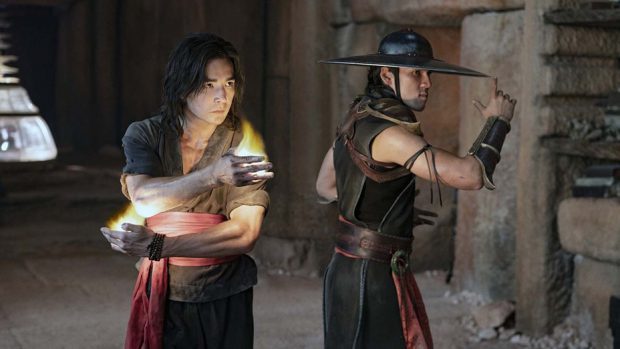 A bloated mess that relies too heavily on exposition rather than taking advantage of the obvious potential to be over the top, fun and silly that is locked within. The film is too fixated on explaining every little detail of the story meaning there are long stretches of boring and unnecessary exposition wasting time that could be spent better elsewhere. Visually it’s all over the place with some impressive set design being contrasted by unconvincing CGI creating otherworldly locations or monsters. Fans of the games and brutally violent action in general will probably enjoy what the film has to offer but it’s far from the best example of that. Cole is an engaging enough focal character capably played by Lewis Tan but his arc is entirely predictable and more interesting characters such as Sonya Blade exist. The roster of characters is far too bloated for many of them to stand out particularly where the villains are concerned. A more streamlined character roster might have benefited the film as more focus could have been given to them rather than what this film offers. There are suggestions of a fun, over the top and silly viewing experience in here that is marred by clumsy execution.