No Time To Die

Daniel Craig’s swansong as 007 finally releases after a long delay in Cary Joji Fukunaga’s No Time To Die.

The Daniel Craig Bond series has been a mixed bag overall with two good entries and two underwhelming ones prior to this. Audiences disliked the mythologising and retconning that SPECTRE stumbled through so a lot of pressure was on No Time To Die to tip the scales of Craig’s tenure as Bond to being more good than bad. 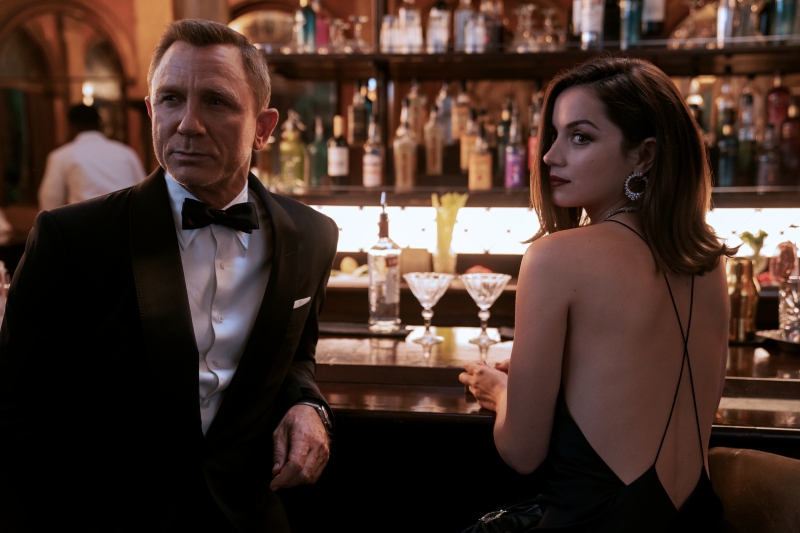 One Last dress up!

In short, No Time To Die mostly delivers a worthy conclusion to this era of the franchise and to Daniel Craig’s version as well. It’s very character driven with the focus firmly on Bond himself. The film interrogates what he stands for, what he fights for and the shortcomings that he knows he has. In many ways he’s forced to confront the man he is, the decisions he has made and question whether someone like him can actually have a future. This provides Daniel Craig a lot of strong material to work with and he absolutely rises to the challenge. Largely gone is the charming front he presents when on missions, the swagger is diminished and there’s a general sense of weariness to the performance that brings a lot of depth to the character.

One thing the Daniel Craig era has consistently done is question whether there is still room in the world for someone like James Bond. It does so in the universe the films inhabit as well as on a meta level when it comes to the franchise as a whole. Is there still a place in the modern blockbuster landscape for a murderous, womanising chauvinist or is he a relic of a bygone age? The films question whether Bond can evolve and develop into something more fitting in the current era of franchise filmmaking. This idea extends into this film with Bond trying to put his violent occupation behind him and build a life with Madeleine Swann (Léa Seydoux) before being drawn back into everything he was trying to escape.

As a character piece, the film works really well with Daniel Craig turning in his best performance as James Bond. The clash between what he wants from life and what circumstances force him into is strongly explored both by the script and the performance. Bond is presented as a tragic figure who is almost forced to interact with a world he has no interest in being a part of. The combination of Madeleine’s past as well as his own catching up with them forces action on his part where all he wants is to put everything behind him in order to live life on his own terms. The strongest moments are when he considers his future and his legacy with the pain associated with various betrayals weighing heavily on him. The film always has an eye on a conclusion for the character with it being obvious that one way or another this will be a finale for him. Constant reference is made to the life he leads being unsustainable and the psychological toll being essentially a government employed assassin is a prominent fixture. The conclusion to this character journey is certainly poignant and well earned with plenty of strong emotional beats leading up to it..

Léa Seydoux deserves mention for her performance as Madeleine Swann. She has so much more to work with than she did in SPECTRE and engages with the material wonderfully. Her relationship with Bond is believable and layered while also not completely defining the character. She has a good amount of agency albeit directed in very particular directions. Madeleine has a profound connection to the main plot as well as a chequered history that adds a lot of weight to the character both on a narrative and emotional level.

In terms of overall plot the film is a bit thin though it presents itself as having more complexity than it actually does. Outside of the strong character work the narrative mostly exists to connect set pieces without ever rising to the point of being compelling. The weaponised nanotech virus is gleefully over the top though the script strangely shies away from having any fun with what amounts to a ludicrous idea that would be right at home in some of the campier entries in the franchise. Maintaining a serious tone was clearly the intent here but the engineered virus is so obviously ridiculous that it stands out how hyper serious everyone is when talking about it. No such thing as a relaxing drive

The pacing of the film lags somewhat which makes the film feel as long as it is. It starts off strong and ends well but lags significantly in the middle with sequences that could have been cut without taking much away from the overall package. A good example is an admittedly well executed segment featuring Ana de Armas as a rookie agent that ultimately makes very little impact and ends up being largely forgotten not long after it passes.

No Time To Die is sadly lacking in the villain department. Rami Malek’s Lyutsifer Safin has all the ingredients to be a Bond villain for the ages and is wonderfully performed but the script seems to have very little interest in him. He is off screen for much of the running time and only pops up for a handful of key scenes. Those scenes are great but they’re too infrequent which means that his presence is diminished. Focusing on Christophe Waltz’ Blofeld only to do very little with him dilutes the villainy on offer meaning that the threat level is inconsistent.

A strong supporting cast backs up Daniel Craig. Ralph Fiennes M is a capable obstacle or ally depending on what the scene demands with him exerting plenty of believable authority, Naomie Harris has a small role as Moneypenny but contributes meaningfully as does Ben Whishaw’s Q and Jeffrey Wright is sadly underused but continues to dazzle as Felix Leiter. Lashana Lynch as Nomi; the successor to the 007 title is engaging, capable and has a strong dynamic with Daniel Craig but is overall sadly underused.

The action sequences are well executed and varied but none of them stand out as being spectacular in any way. There’s a general sense that the production team were playing it safe and doing what the film offers well rather than trying to innovate in any way. It works and they’re exciting when they appear but none of them are particularly memorable. As a last outing for Daniel Craig there should have been one signature set piece that people could look back on this film and remember but it unfortunately doesn’t have one. 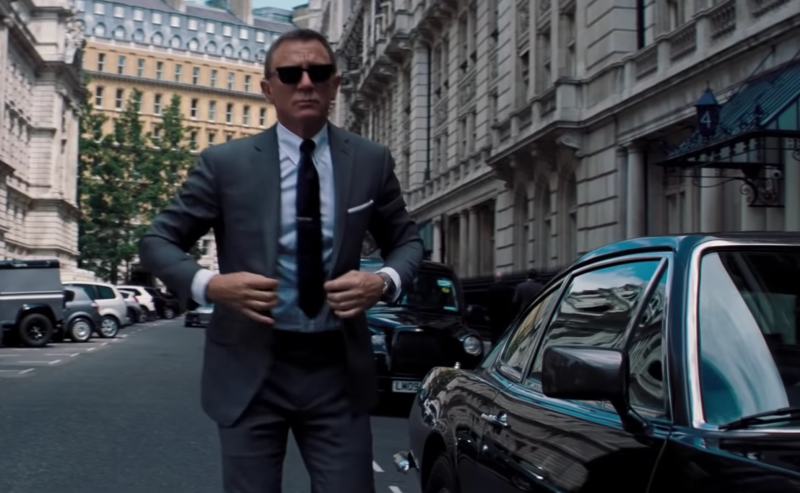 The spy with style

A fitting swansong for Daniel Craig’s James Bond that delivers some strong emotional beats but is let down by an underused villain and a thin plot that presents as being more complex than it actually is. Daniel Craig delivers his best performance as James Bond in a film that always has an eye on a conclusion for the character It’s poignant and well earned with some strong emotional beats leading up to it. Léa Seydoux is equally impressive with lots of strong material to work with. The plot itself is a bit thin but presents as being more complex than it actually is. There’s a disconnect between the ludicrous high stakes of the virus and how hyper serious everyone is when talking about it. The film is also lacking in the villain department with Rami Malek’s Lyutsifer Safin having all the ingredients to be a Bond film of the ages but not having the time to demonstrate that. The focus on Blofeld while barely using him dilutes the villainy meaning the threat level is inconsistent. The supporting cast is strong and compliments Bond’s journey nicely though many of the characters such as Felix Leiter and Lashana Lynch as the new 007 are sadly underused. Action sequences are well executed and varied but none stand out and there’s no attempt to innovate meaning Daniel Craig’s last outing doesn’t contain a signature set piece to close out his era.