It bears mentioning that I am a huge fan of the Resident Evil video games and have been for many years so it’s very difficult to get that distance from the source material to view this as a purely cinematic viewing experience. My connection to the source material is both an asset and a drawback when considering what this film is. 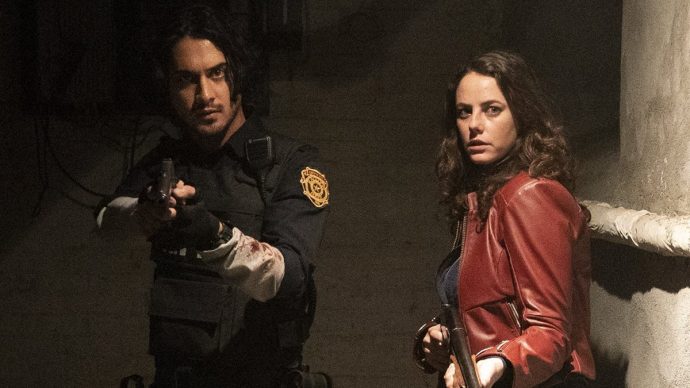 In a lot of ways knowing the source material is irrelevant because so little about this film works on its own merits. The story follows a group of characters plucked from the video games as they weave their way through Raccoon City quickly becoming a Zombie infested wasteland. The majority of the narrative takes place in two locations; a police station and a creepy mansion on the outskirts of the city. In other words the film adapts the first two video games at once which immediately raises red flags around the strong possibility of taking on too much.

Narratively the film is very confused about what the main story is. Dividing the large cast between the two locations means that there’s a complete lack of focus. Is it about the mysteries to be found within the mansion or the fight for survival in the police station? This film wants it to be both but it ends up being neither. It doesn’t help that the two narratives are underdeveloped and uninteresting so there’s no reason to want to return to either location. Everything is so basic which makes it impossible to invest in any of it. Added to that is a painfully slow first half that culminates in little of interest.

There is also a complete failure to fill out the world and tell a cohesive story. Umbrella are repeatedly mentioned as a corrupt entity but nothing is done to characterise them as a threat in any way. They are represented by a single character with his connection to them being pushed into the background and the only visualisation of their experiments being found in a dingy lab. Umbrella are an excuse for what the film offers rather than being a tangible threat so there is an awkward disconnect between the cause of the situation and the situation itself. It feels like a necessary exploration given the prominence of Umbrella in the background but nothing is done with it beyond insufferable sequel-baiting. 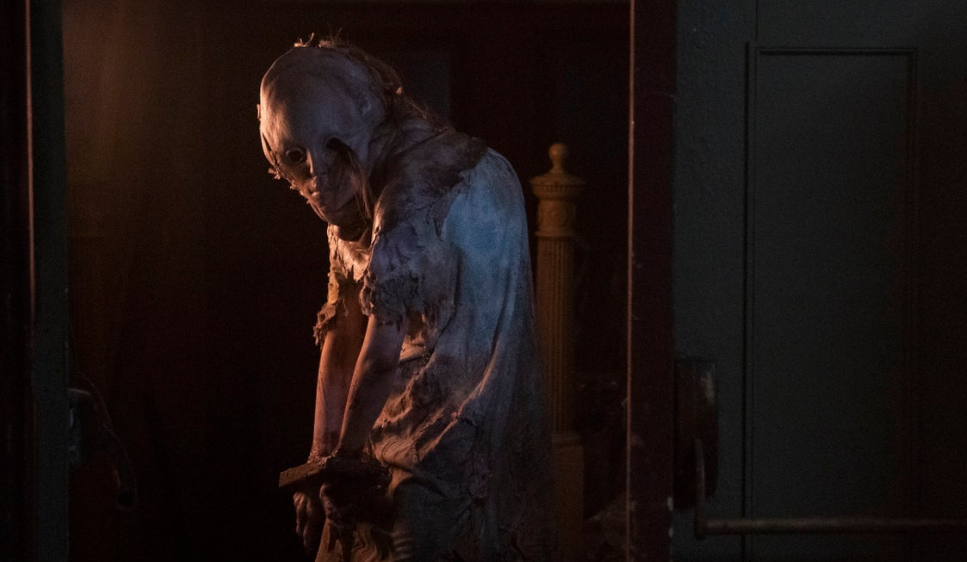 Mysterious experiments are getting out

Tone is another point of confusion. It straddles the line between schlocky and serious so inexpertly that any brief moment of genuine tension appears to be an accident. The script favours a relentless onslaught of clumsy references to the video games designed to appease fans of the source material. Most of these references lack any substance with them peppered throughout in ways that are often cringe inducing. Fans of the games are more likely to be insulted by the constant half baked pandering that does nothing but betray a lack of understand of what makes the source material so beloved.

It doesn’t fare much better on the character front. A large cast of actors embody the video game characters. Chris Redfield (Robbie Amell), Claire Redfield (Kaya Scodelario), Jill Valentine (Hannah John-Kamen), Albert Wesker (Tom Hooper), Leon S. Kennedy (Avan Jogia), Chief Bryan Irons (Donal Logue) and William Birkin (Neal McDonough) all battle for screen time in this mercifully short movie with none of them making much of an impression. Many horror movies hang characters on a single defining trait that makes them memorable but this fails to do that with most. Leon stands out more than most because of the focus on his incompetence; something that is raised continually.

There is the smallest hint of something interesting in Chris and Claire’s sibling relationship but there’s nothing more to it than a handful of mentions. The material simply isn’t strong enough for the actors to latch onto anything tangible so their scenes together come across as two actors reciting dialogue rather than a believable relationship that has existed for years. Robbie Amell and Kaya Scodelario are talented performers as evidenced in other projects but there’s nothing here for them. An argument could be made for Claire being the main character because she is the focus of the flashbacks and much of the action revolves around her but she is also far from the most prominent character and has no arc to speak of.

The other characters are largely forgettable. Hannah John-Kamen imbues Jill with a morsel of attitude but there’s little to actually differentiate her from Claire in terms of personality. Leon’s incompetence may have been included to prevent him from being indistinguishable from Chris. Dialogue suggests connections that could have been explored but the film fails to devote time to it. It is mentioned that Jill pines after Wesker while Chris pines after her but the love triangle doesn’t play into their interactions in any way. The same applies to any mentioned character history which makes any dynamic feel lifeless. The minimum of effort was put into characterisation meaning there is very little to latch onto.

Some things do work outside of certain members of the cast doing well with what little they’re given. There are some visually impressive elements such as the production design recreating iconic locations from the games with impressive accuracy while being engaging locations in their own right. There was a lot of potential to turn either the mansion or the police station into a foreboding horror setting but the rushed nature to the storytelling and the divided narrative wasted that. The Zombies don’t stand out but some of the creature designs and a partially transformed human character are impressive enough despite some ropey CGI. As mentioned above brief moments of tension do exist so something watchable does exist within the muddled mess the final product turned out to be. Better luck next reboot.

Wow! What a mansion!

A disappointing adaptation of the popular video game series with uninteresting plotting, poor characterisation and a failure to grasp why the source material is so beloved while not working as a horror experience in its own right. The movie is very confused about what the main story is with the attention divided between two locations and neither of them appearing more prominent. A lack of focus in a main character is another problem with the storytelling. An argument could be made for Kaya Scodelario’s Claire Redfield being the lead but this is far from clear with her often fading into the background. Most of the characters don’t fare well; dialogue suggests connections between them that could be explored but never are and most lack distinguishing personalities. In general the world the film inhabits fails to be built out and the script favours relentless clumsy references to the video games that lack in substance. Some of the creature designs are impressive and there are a couple of tense moments but overall there’s very little to recommend here. Better luck next reboot!