A family battles against an inhospitable planet and other pressures in Wyatt Rockefeller’s Settlers.

Science fiction mixes with pretty much everything given the right care and attention and the Western genre is something that it often links with very well. Colonising other worlds has been a science fiction staple for decades because the Human race leaving Earth behind to put down roots on another planet has a lot of storytelling potential whether that be the challenges associated with doing this, the excitement of being among the first to lay claim to another world, the unusual problems that will come with it and a host of other things. 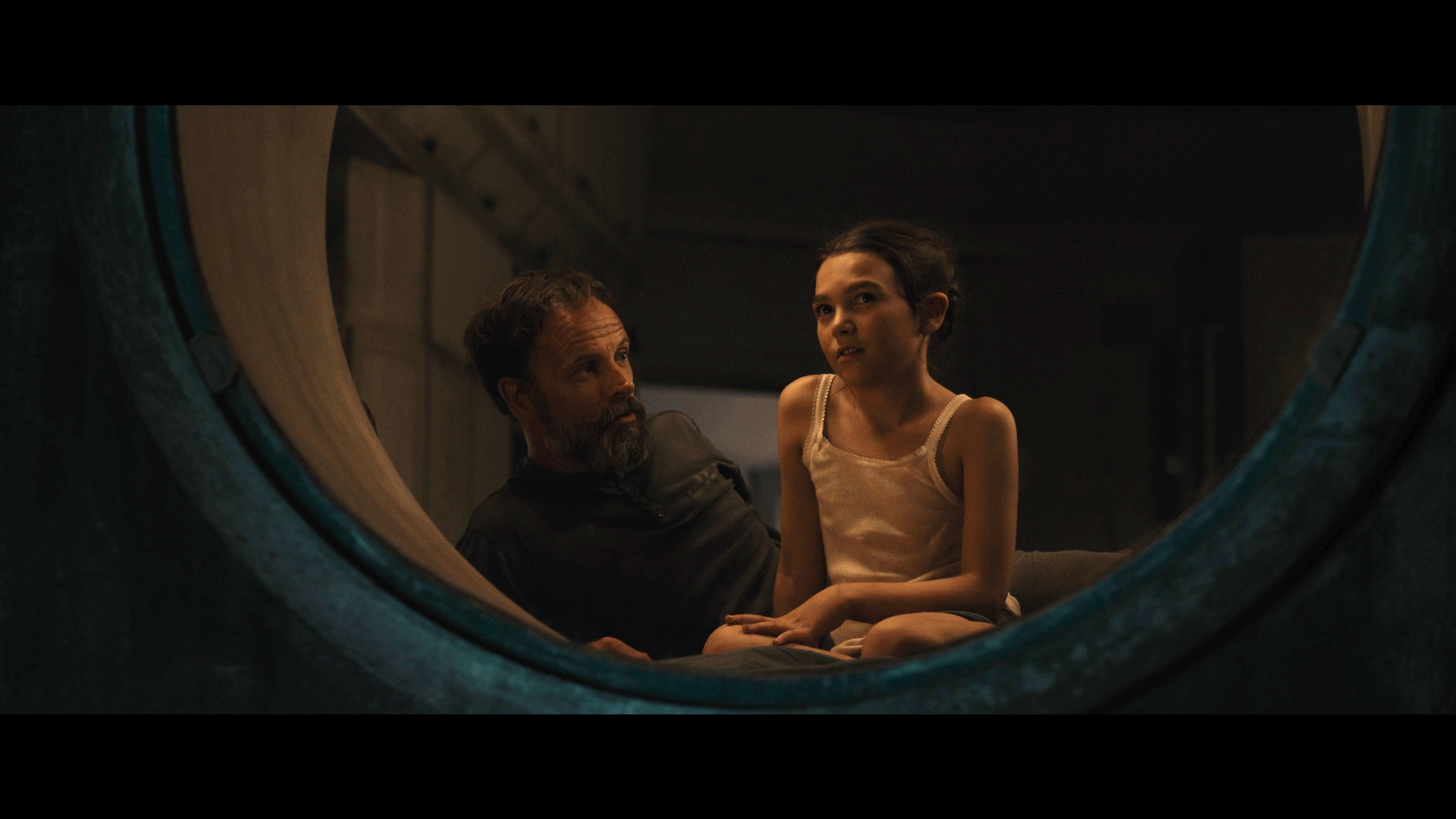 It’s easy to draw a connection between settling on somewhere like Mars and the frontier that was the Wild West back when people started to build their homes out there. Settlers takes place following the pioneering days of establishing settlements and takes place during a time some years after colonisation had taken place and focuses on a family trying to survive in what amounts to a harsh environment.

The film is divided into three distinct acts named after the characters which neatly gives the film its structure and allows for each part to feel focused in a very particular way. Remmy is the point of view character with Brooklynn Prince playing the young version of the character and Nell Tiger Free embodying her in adulthood. The consistency of her perspective through all three acts provides focus and ensures that it’s clear that the film is very much her story.

Early on a lot of time is spent detailing her family life. Reza (Jonny Lee Miller) and Ilsa (Sofia Boutella) both deliver strong turns as her parents. There’s a believability to the family dynamic with a great deal of underlying complexity. There’s warmth to be found in how the parents interact with the young Remmy as well as thinly concealed stress as the situation worsens. Some of the best touches are found in how they work to conceal the concerning truth from their young daughter to protect her while she notices that they aren’t being entirely honest for her. It’s impressively conveyed and highlights the reality of children being smarter than parents often give them credit for. Remmy’s perspective naturally increases the sense of dread that dominates these early moments and naturally sets up that things are due to escalate. 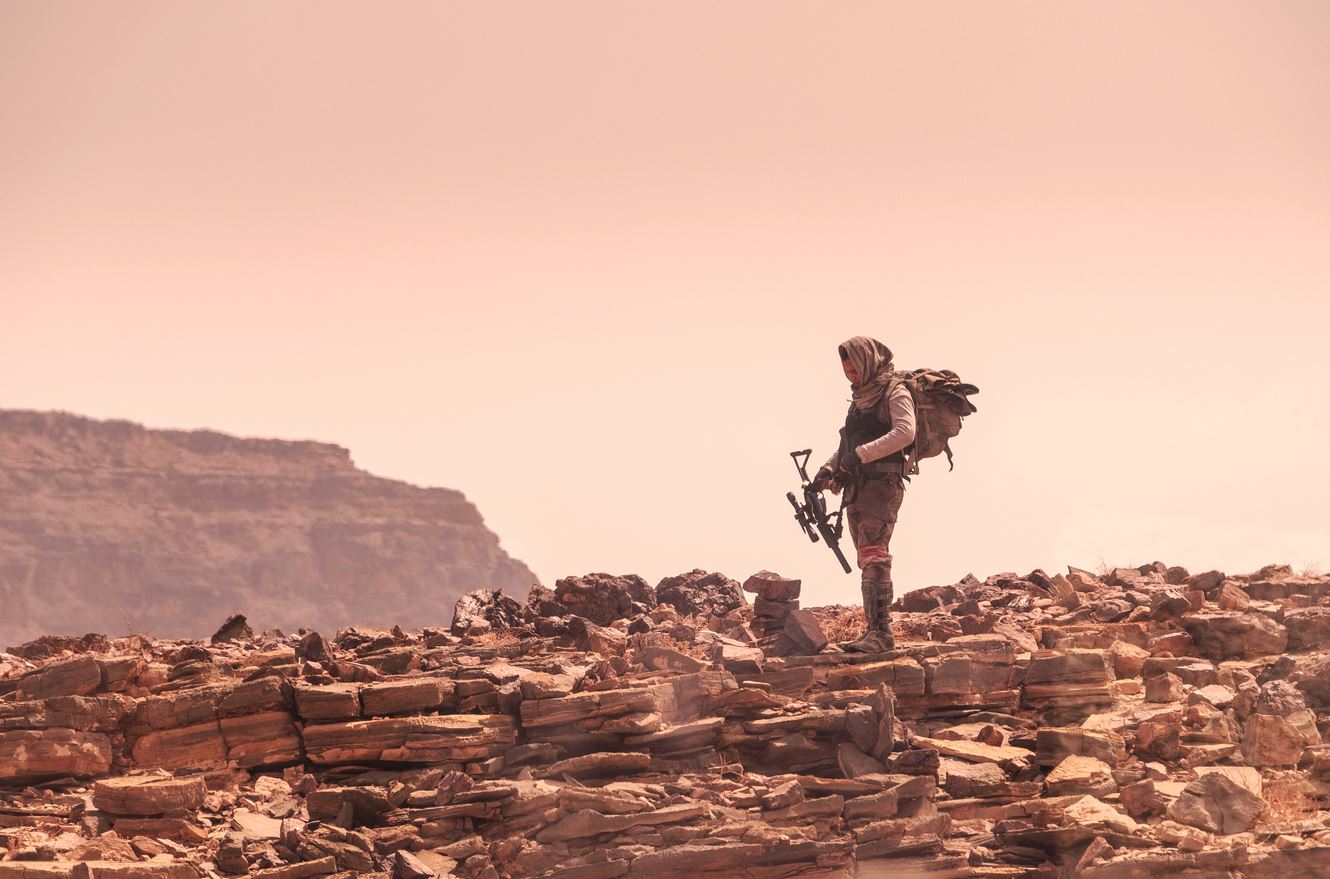 The escalation comes in the form of Jerry (Ismael Cruz Córdova) who arrives claiming that the settlement isn’t theirs and looks to threaten their way of life. Jerry’s presence is best defined by desperation and heightens the tension the longer that he stays. Being unable to deal with the unexpected and unwelcome arrival really highlights how ill equipped the family are to deal with setbacks and there’s a palpable sense of discomfort associated with him. It works really well and allows Remmy’s view of the world that surrounds her to widen in a really organic way.

Settlers doesn’t spend a lot of time on worldbuilding despite its title but it does enough to give a general flavour of why things are the way they are. It is mentioned that Earth is either uninhabitable or massively undesirable with the family moving to Mars in order to escape a worsening situation. There is also mention of the Mars atmosphere decaying due to poor maintenance which provides something of a ticking clock that doesn’t really amount to much. That isn’t a problem because the film isn’t about the viability of Mars coming to an end; it’s about the hopelessness and nihilism that comes with trying to tame a dying world and carve out a meaningful life in the time allowed. One of the messages is that a fresh start isn’t always a good thing and that leaving behind a bad situation doesn’t automatically lead to a better one. It’s thought provoking in a really visceral way.

The film is at its best when it explores the complexity of life. There are the happy moments in the midst of the hardship, the trials that come with working to survive and the quiet family moments that mean everything. The setting is used brilliantly with a bleak and harsh landscape that looks unwelcoming, stillness that suggests an environment devoid of other life and an eerie silence that backs all of that up.

Problems start to emerge in how the story progresses. The passage of time is a major issue with the film taking place over the course of years. Dialogue indicates how much time is passing or due to pass but thirty days elapses in a relatively slow amount of screen time prior to a time jump of several years. It can be jarring and creates a disconnect between the impressively deliberate early part of the film and the somewhat rushed latter section. Throughout there is a strong sense of the unknown, the fear that comes with it and the intense desire to survive. The lack of detail about the world outside the settlement aids Remmy’s journey by fully immersing her in that uncertainty and forcing her to find reasons to survive. It’s a strong and at times inspiring character story grounded in uncomfortably harsh reality. 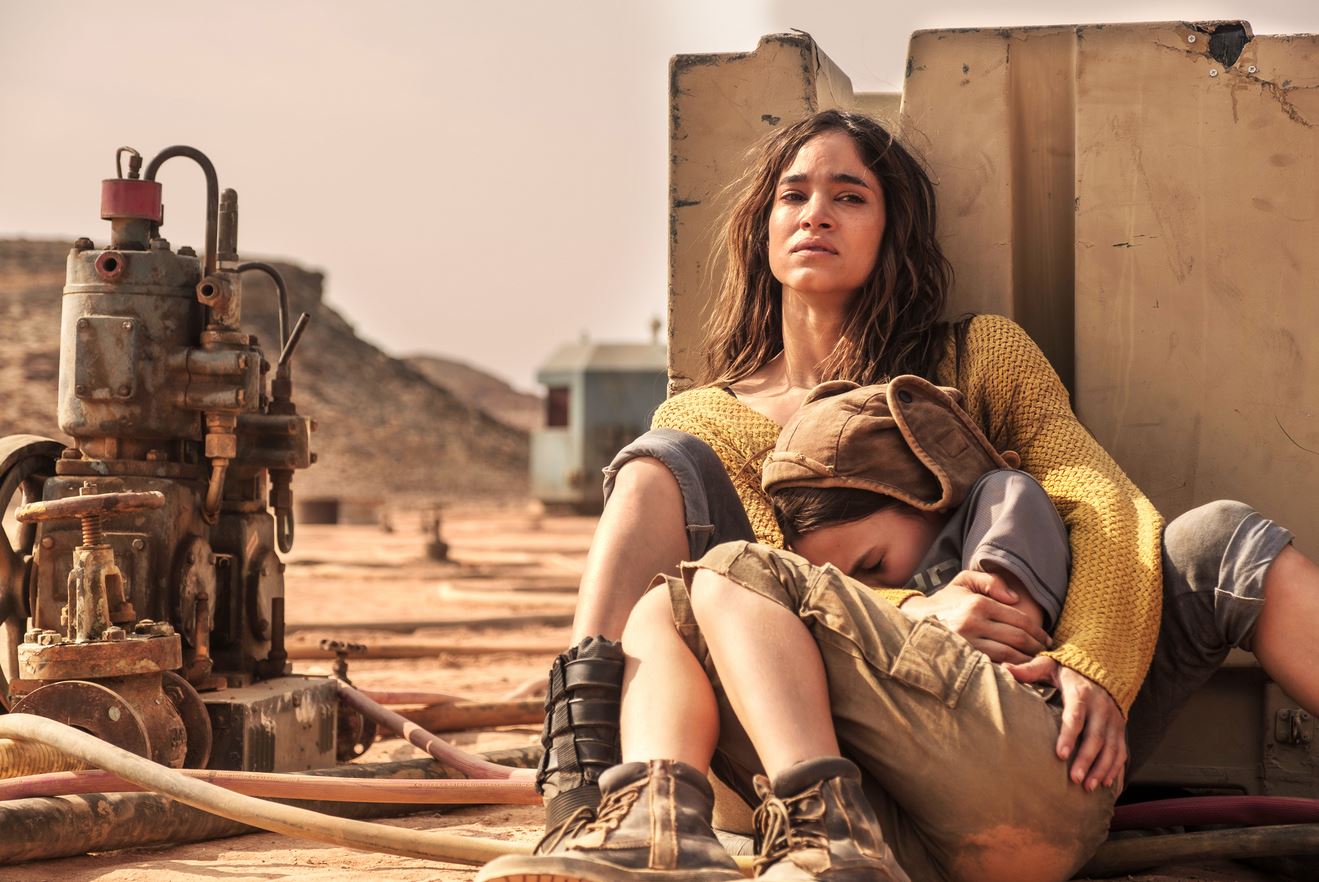 A strong and at times inspiring character story grounded in uncomfortably harsh reality that is drowning in nihilism and viscerally thought provoking. Remmy’s perspective from childhood to adulthood along with the distinct chapters give the film clear focus and structure. Not a lot of time is spent on worldbuilding but that ends up being an advantage that aids Remmy’s development. The early scenes that focus on the family dynamic are impressively complex and the shift towards discomfort once Jerry arrives provides a natural shift that supports the bleakness of the film. Visually the desolate landscape highlights the hardships as does the stillness and eerie silence. Problems start to emerge in how the story progresses with the passage of time being handled inconsistently but there is a consistently strong sense of the unknown, the fear that comes with it and the intense desire to survive.