Shot in rich monochromatic tones, and inspired by a true story, Melina León’s Song Without A Name is a captivating portrayal of a young woman searching for the truth in this snapshot of 1980’s Peru that will leave you breathless.

Peru, 1988. The ‘Shining Path’ terrorist group are at their height of activity, and illegal adoptions fuelled by the wealthy in the US and Europe are causing many indigenous communities near the capital to suffer. An incredible Pamela Mendoza Arpi, portrays young indigenous woman Geo, who, heavily pregnant, accepts the offer of free support from a maternity clinic. All is not as it appears and Geo’s baby is stolen. Partnering with sympathetic journalist Pedro (Tommy Párraga) they together set out to discover the truth. 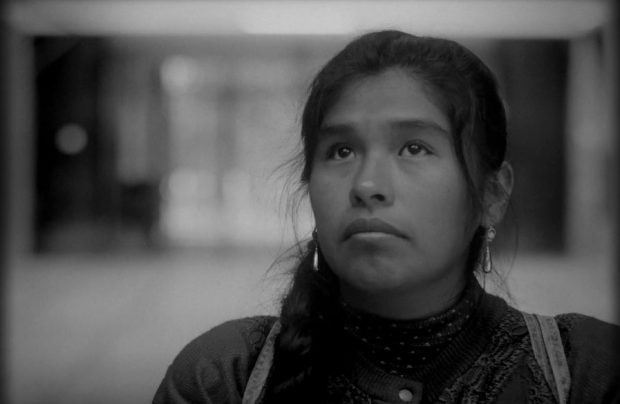 Inspired by a true story, this feature length debut from León weaves a beautiful and heart-wrenching story of one woman’s refusal to give up in the face of adversity. Cinematographer Inti Briones’ effortless dream-like journey sequences and stark contrasting visuals are amplified by the breath-taking Pamela Mendoza Arpi, whose ability to embody the raw emotions of a new mother separated from her baby are at once spellbinding and distressing. An incredible first performance from this actor.

The black and white cuts through the dazzling colour one usually associates with Peru, forcing an immediate, and intimate response to the challenges Geo faces when asking for help from a government that appears to value status and wealth above all else. The original score and the traditional songs of the Quechua help capture the emotions of the central characters perfectly. Acting as a Greek Chorus of sorts the music overtly picks up the narrative, putting into song what Geo is feeling and thinking.

Wholly captivating are the stories that run alongside and through Geo’s – journalist Pedro (Párraga) and his believable relationship with Isa (Maykol Hernández) and his work conflicts; to Leo (Lucio Rojas), partner to Geo, and his quiet struggle with loss. All three strands that weave in and around Geo, are handled with a level of intimacy and sensitivity that I’ve not encountered in many other films – it leaves no doubt as to why and how it has been nominated, and won, so many international awards since its original release in 2019. Peru this year has officially selected Song Without A Name to represent the country at the Academy Awards for Best International Feature Film, and after watching, you will be wondering why it isn’t nominated for more. 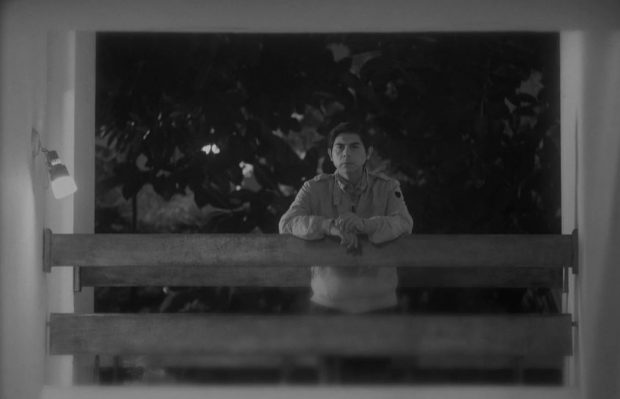 A gut-wrenching story based on real life events manages to depict with rare beauty and clarity the lives of those left in the wake of white people’s greed in a story so little discussed or recognised. Powerful storytelling, this film is utterly compelling. Be prepared to be left speechless and in awe.

Song Without A Name is currently available to watch on MUBI, with a wider release scheduled 22/02/21.