Basketball icon LeBron James teams up with the Looney Tunes to play a game of Basketball to save his son from an insane artificial intelligence in Malcolm D. Lee’s Space Jam: A New Legacy.

The original Space Jam is one of those films best described as a product of its time. Personally I haven’t seen it since I was really young because I remember enjoying it and would rather preserve that memory by not revisiting it in case it doesn’t hold up. It does boggle the mind that a sequel would be made so many years later but here we are.

LeBron James takes over for Michael Jordan in the lead role with a plot that involves an insane artificial intelligence named Al G. Rhythm (Don Cheadle) kidnapping his son Dom (Cedric Joe) after LeBron turns down his idea of using his fame and clout to insert him into various Warner Brothers properties. LeBron’s reaction to this is the closest the film gets to commentary on anything as he sees this as a cynical branding idea without much substance. Considering that’s exactly what Space Jam: A New Legacy is there’s an amusing lack of self awareness associated with these comments.

Al G. Rhythm retaliates by uploading LeBron and Dom into the Warner Brothers Serververse where Warner Brothers intellectual property is stored on planets representing the worlds those properties inhabit. There’s a world for D.C, a world for The Matrix, a world for Harry Potter and so on. His plan is to force LeBron to play a game of Basketball with the prize being securing his and his son’s freedom if he wins and being trapped in the Serververse if he loses. It’s a very flimsy setup but it does get things moving towards the goal of ending on a climactic Basketball game.

The best section of the film involves LeBron and Bugs Bunny (Jeff Bergman) touring the Serververse to round up the Looney Tunes to form a Basketball team. This is where the film is at its most creative with an extended sequence involving LeBron becoming acquainted with the singular approach to physics made famous by the Looney Tunes followed by impressively inserting various characters into well known properties such as The Matrix or Mad Max: Fury Road. These moments have fun with established properties in very obvious ways but the insertion of Looney Tunes characters is wacky in just the right way. This particular gimmick isn’t overdone either with the film moving on from it fairly quickly. 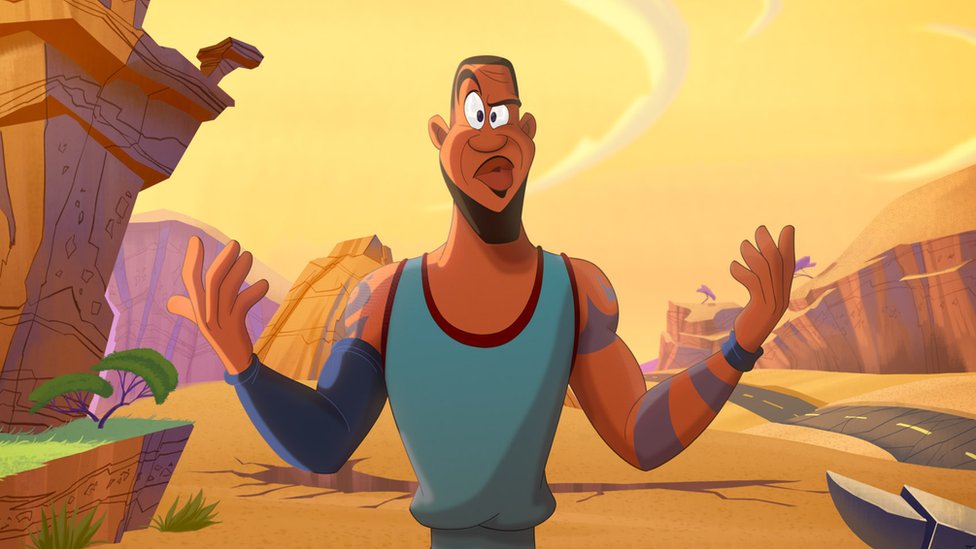 Plot isn’t necessarily what people will be coming to this film for but it even at that it’s very flimsy. Motivations are bizarre and come from nowhere, long stretches of the film are spent explaining the core idea of letting people be what they want rather than what you expect of them and there are a a lot of narrative gymnastics employed simply to get to a game of Basketball. The early part of the film is far too slow with so much time devoted to setting up its main ideas in bland uninteresting ways. Once the action moves to the Serververse things do speed up significantly but getting to that point is an unnecessary slog.

As a leading man, LeBron James is a really good Basketball player. He’s never painful to watch but at the same time he struggles to carry the film. A lot of that might have to do with him spending so much time interacting with animated characters which would be a tall order for most. In the animated section his dialogue delivery is incredibly forced which makes it far less believable but he does what is expected of him to varying levels of quality. Cedric Joe is far more engaging as an actor and with the emotional hook revolving around him he gets a lot of attention that elevates other aspects surrounding him. Don Cheadle is the standout; he’s clearly having a lot of fun playing an insane artificial intelligence and brings a few layers to his performance that stop him from being a one note villain.

The climactic Basketball game itself is a mixed bag. A lot of it is really well done with the lunacy of the lack of rules giving way to some impressive elements but at the same time the lack of rules makes it very hard to follow. There are no real stakes because anything can happen at any point to radically inflate the score so there’s no real sense of how the modified Basketball game works. The inclusion of Warner Brothers intellectual property in the audience is also incredibly distracting as it drags the eye away from the central action in favour of identifying who is standing in the background. It’s a completely unnecessary inclusion as well as it adds nothing to the game being played since none of those characters interact with the game. 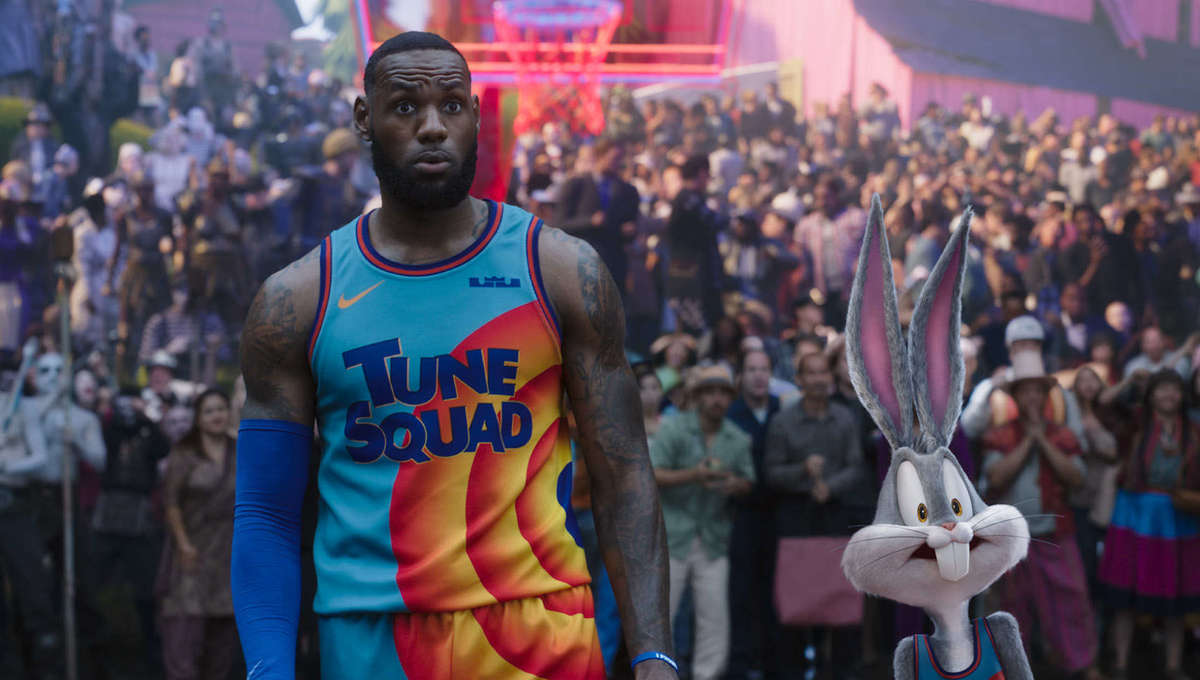 Expect this expression a lot when watching the movie

Despite its flaws, Space Jam: A New Legacy is far more entertaining than it has any right to be. It succeeds in making good use of the Looney Tunes, provides some creative moments and mostly delivers on what it promises. LeBron James is somewhat limp as a leading man but he does what is expected of him and other actors prop up the film with what they bring to it. The climactic Basketball game is a mixed bag with its loose approach to rules robbing it of stakes though this does allow for some entertaining moments. Warner Brothers intellectual property filling out the audience is very distracting as it drags the eye away from the central action while also being completely unnecessary since none of those characters interact with the game.