Peter Parker turns to Doctor Strange to cast a spell to make the world forget that he’s Spider-Man and it goes horribly wrong in Jon Watts’ Spider-Man: No Way Home.

I’ll preface this review by promising not to reveal anything not already contained in one of the trailers. There are some surprises in this film that won’t be spoiled here so read on secure in that knowledge. 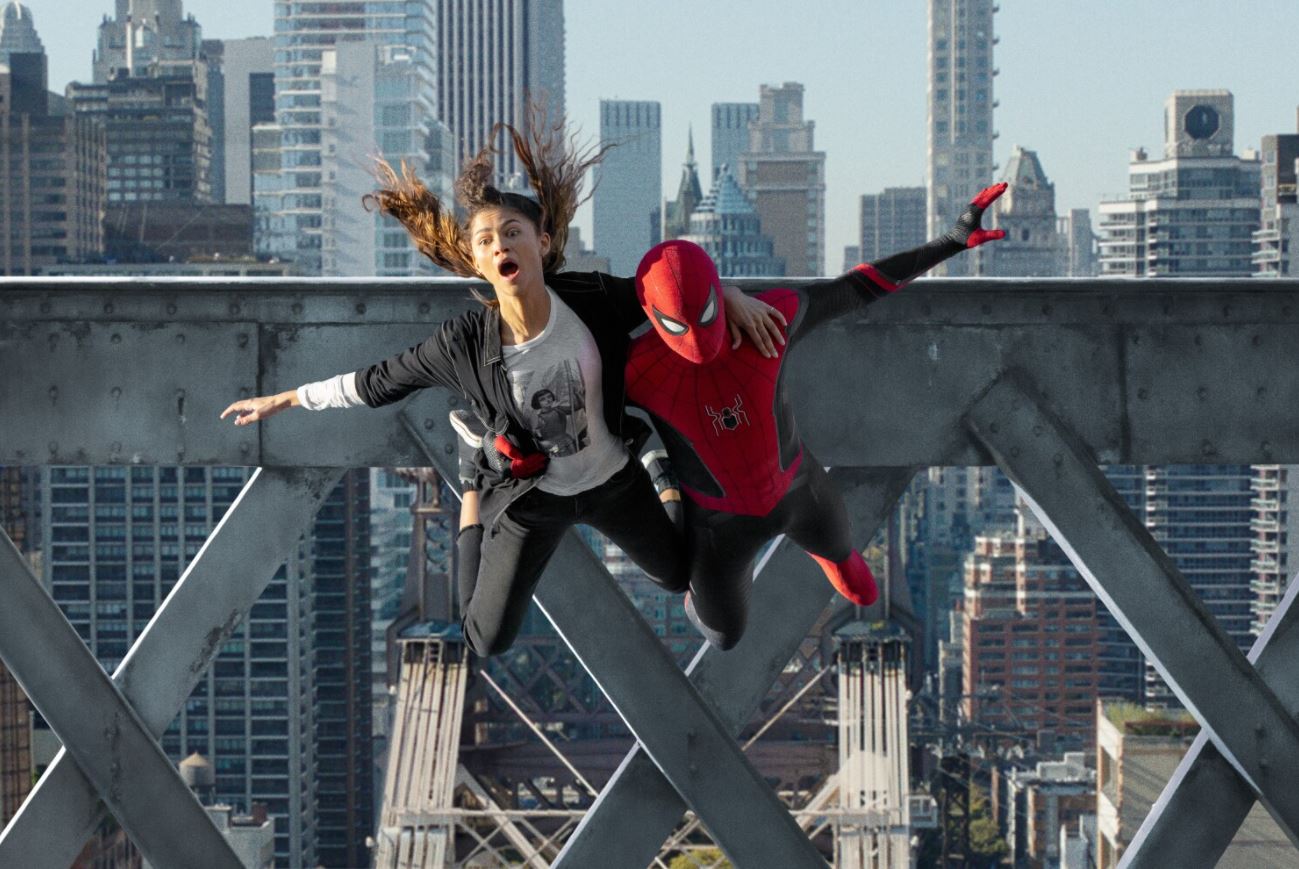 A nauseating way to travel

Spider-Man: Far From Home concluded with a post credit scene where Peter Parker’s dual identity was outed to the world and No Way Home picks up immediately after with Peter Parker’s life thrown into chaos as everyone wants a piece of him one way or another. His friends are constantly being hounded, his aunt’s house is under constant surveillance and he has to deal with some very serious murder charges to boot. The early part of the film deals with Tom Holland’s Peter Parker trying to juggle the two halves of his life in a very different way as he works to dodge the prying eyes of the world while worrying about more relatable problems like applying for college and preparing for his future.

This opening sets up the main theme of the film; second chances. Peter feels guilty about his outed secret ruining the lives of those around him and robbing them of opportunities through association with him so he goes to Benedict Cumberbatch’ Doctor Strange to ask for help. A spell is cast designed to remove the knowledge that Peter Parker is Spider-Man but it goes wrong due to Peter’s intervention motivated by wanting select people to remember. This causes the walls of the multiverse to rupture and villains from previous live action Spider-Man franchise to seep through into the MCU to cause trouble. Willem Dafoe’s Norman Osborn aka Green Goblin, Alfred Molina’s Otto Octavius aka Doctor Octopus, Jamie Foxx’ Max Dillon aka Electro, Thomas Haden Church’ Flint Marko aka Sandman and Rhys Ifans’ Curt Connors aka the Lizard all make their presence felt and represent the mess that Peter needs to clean up in order to return reality to normal.

The second chances theme carries through most of the villains with them being identified as having an affliction they need help with rather than simply being antagonists that need to be punched. Octavius needs the inhibitor chip repaired to stop the tentacles controlling him, Osborn needs the darker side of his personality to be eradicated and so on. Some villains get more attention than others but as a group they work well with some strong banter between them and the other characters. Alfred Molina and Willem Dafoe are particularly impressive with complex takes on their characters evoking their earlier turns. The rest largely fill the role they’re meant to and support the theme in their own ways. 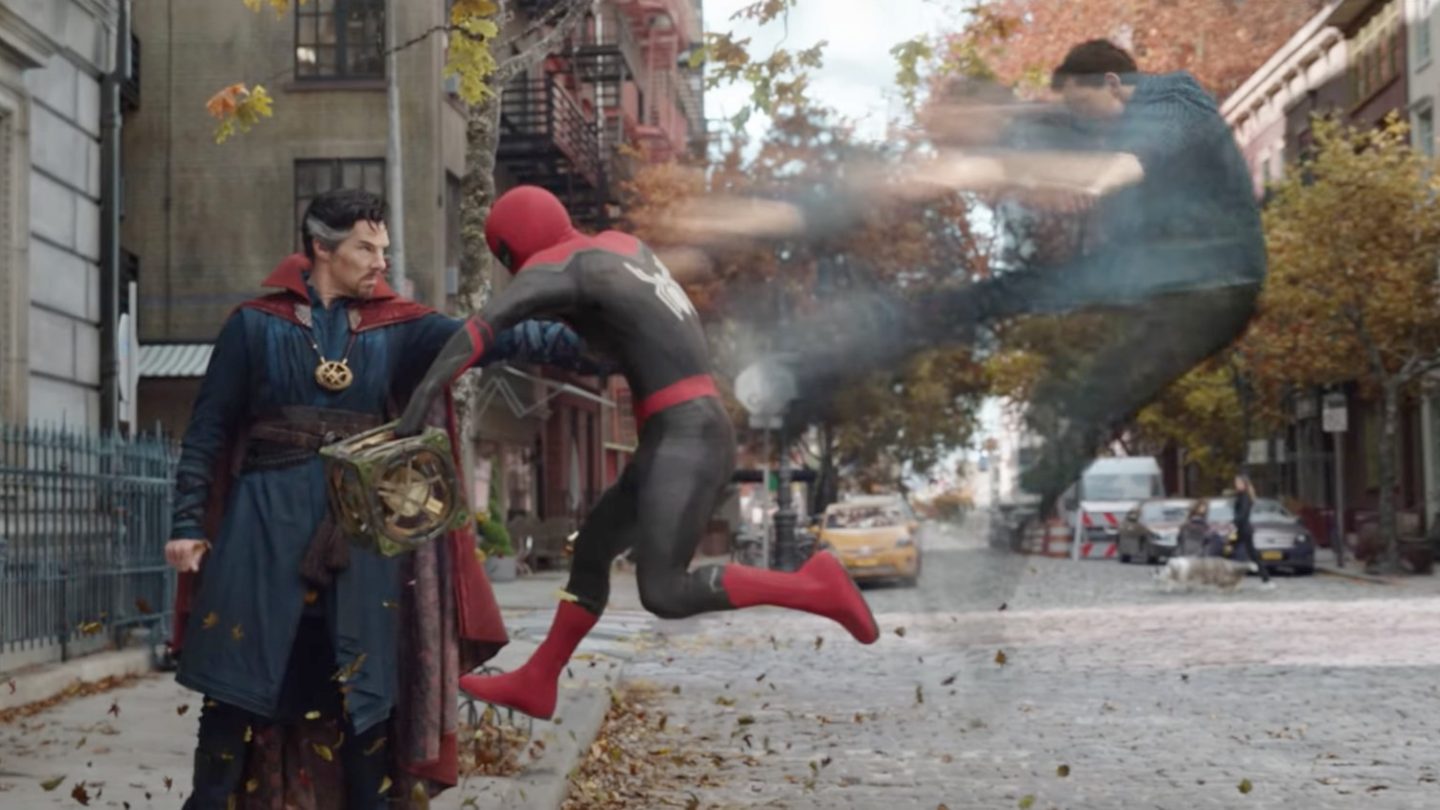 Spider-Man: No Way Home is very much Tom Holland’s film with his Peter Parker taking centre stage throughout in a script that plays to his strengths as a performer. He is faced with a simple moral problem that he has to deal with and the plot continually challenges him to live up to those ideals. In many ways it’s a film about what makes him a hero and the challenges associated with maintaining that. Tom Holland’s performance is excellent with him delivering a far more mature and confident take on the character than he has previously. There is the clear sense that he is growing and settling into the kind of person he wants to be while still making plenty of mistakes that he tries to learn from.

The supporting cast are also very strong. Zendaya’s MJ is as strong willed as ever with the first showing of her life outside of the orbit of Peter Parker. Their relationship is charming and constantly believable with MJ being a constantly supportive presence backing him up as he tries to do the right thing. Natural chemistry makes their interactions pop and the relationship progresses in interesting ways. Jacob Batalon’s Ned has comparatively less to do but still functions well as Peter’s loyal best friend. Marisa Tomei’s Aunt May has the most meaningful content given to her out of all of her appearances and offers Peter validation for what he stands for. She is the one who leads him along the path to helping the displaced villains and reminds him what sets him apart from others.

To say how this plays out would constitute a major spoiler but there are significant challenges along the way and choices that have to be made that test his maturity. This film more than the other two forces Peter Parker to take action and assume the responsibility for those actions which leaves a lot of room for poignant and -at times- devastating emotional beats highlighting that being Spider-Man isn’t easy.

From time to time the film does get a bit messy, particularly with the abundance of villains with different abilities being juggled in the climactic action sequences and there is some lag to be felt in the second act while awaiting the third act action climax. There is also a tendency to undercut some of the emotional beats with an unnecessary joke; an issue common to MCU films. Those are minor issues in what amounts to a very enjoyable Spider-Man movie with plenty of heart, an excellent command of fan service and a strong grasp of the character. 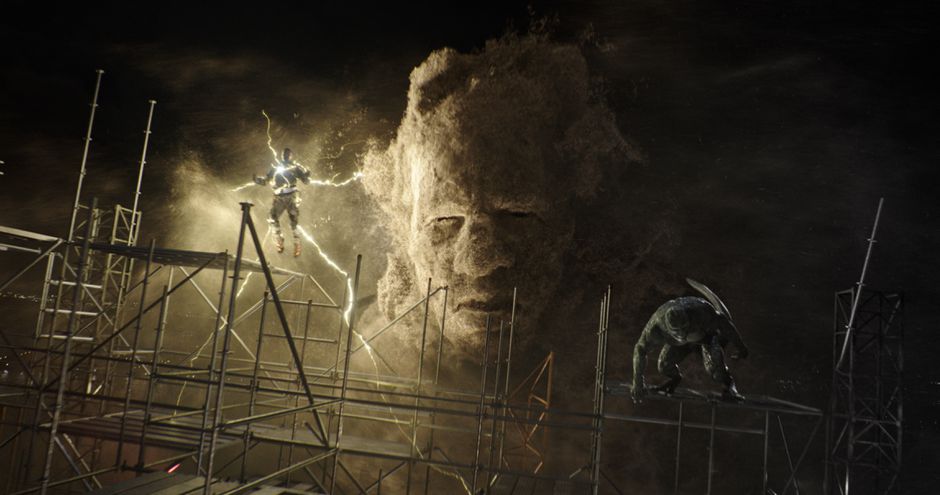 It’s all looking a bit sinister

An enjoyable Spider-Man movie with plenty of heart, an excellent command of fan service and a strong grasp of the character. Tom Holland is excellent in the role of Peter Parker with a script that plays to his strengths as a performer. Peter Parker is presented with a simple moral problem and the plot constantly challenges him to live up to those ideals. The main theme is that of second chances with it weaving through the characters in different ways while inviting Peter Parker to take action and assume responsibility for the actions he takes. The supporting cast are really strong as are the returning villains and the unique approach to dealing with them really stands out. From time to time the film gets a bit messy, particularly with the abundance of villains with different abilities and there is some lag to be felt in the second act. Undercutting emotional beats with an unnecessary joke happens here and there as well but they are minor issues in what amounts to an immensely enjoyable viewing experience.