Chris Palmer’s Superman: Man of Tomorrow takes the Man of Steel right back to the beginning for a fresh take on his origin.

Adapting a character that has been around for as long as Superman has and finding a different approach to telling the story of what led to him becoming the iconic hero is no easy task given the vast number of takes that have been offered over the years so you’d be forgiven for wondering what Superman: Man of Tomorrow could say that hasn’t already been said. 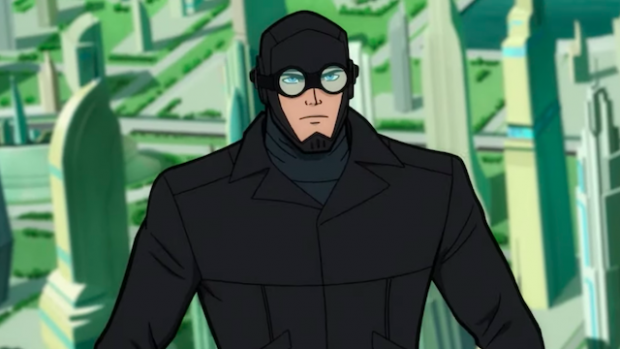 Superman: Man of Tomorrow doesn’t feature anything new in the sense of delivering viewers something they won’t have seen before but that doesn’t count against it as it remixes familiar elements really well to bring a fresh yet familiar take on the iconic hero. This is a film that respects the character of Superman and makes no apologies for it. Clark Kent (Darren Criss) begins the story uncertain about his powers, the world and his place in it before being confronted with obstacles that force him to head in a specific direction and stand by his choices. It’s less about him developing his well known core values and more about him applying them in a practical way. There’s plenty of justification in the context of the story for why Clark has those values and why they’re so important to him which flows naturally into how he makes them a pillar of the Superman persona. Darren Criss is a great choice for the role, delivering a believably earnest Clark Kent with the right mix of vulnerability and confidence.

Clark/Superman goes up against Lex Luthor (Zachary Quinto) and Rudy Jones aka Parasite (Brett Dalton) with Lobo (Ryan Hurst) serving as a super powered nuisance that tests his abilities throughout. Despite the abundance of antagonists the film never feels overwhelmed by them and gives them a defined role in Clark’s journey towards becoming the hero. Zachary Quinto’s performance is excellent, towing the line between faux sincerity and madcap villainy perfectly. His self interest flawlessly comes across and justifies the actions he takes as well as the connection he develops with Superman. Brett Dalton’s take on Parasite is sympathetic and the character acts as a case study of the lack of easy answers and tough decisions that need to be made when taking on the role of a hero. Ryan Hurst captures the arrogance of Lobo nicely and adding this character as a formidable physical presence for Clark to deal with early on was a really nice touch while making the world around him larger by nature of his very existence.

The importance of Clark’s supporting cast both in and out of costume is never forgotten. Alexandra Daddario’s Lois Lane is in keeping with the traits commonly associated with the character and her performance is confident but stops just short of insufferable arrogance. Clark’s perspective on her in the film is important and his admiration for her is earned by her actions. Ike Amadi’s Martian Manhunter is a strong presence in the narrative and acts as a mentor figure for Clark. The notable thing about his inclusion in the film is that his values differ from Clark’s in some areas allow him to affirm his own beliefs by asking himself what they really mean to him. The standard mentor/mentee tropes are avoided with Clark not blindly accepting what he is being told and arriving at his own conclusions based on the values he already holds. It’s an important relationship for him for a number of reasons and adds a lot of depth to the story in the sophisticated handling of their connection. Ike Amadi’s portrayal of the character reflects the wisdom be embodies beautifully. 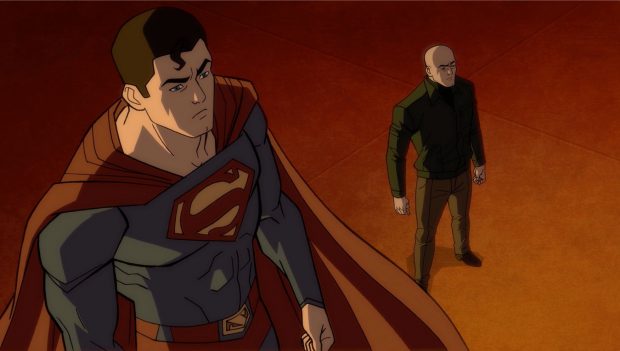 The best of enemies!

In places the film suffers from throwing more than it can develop fully at the audience. There’s a lot packed into its runtime and not everything is developed to the extent it should be. Perhaps potential sequels can take these ideas further but many things suffer from being among the other threads that demand time. Clark’s relationship with Lois clashes with his relationship with Martian Manhunter which in turn leaves less time for his relationship with his parents. None of these are badly developed as such but more time to let them breathe would certainly have been beneficial.

The animation style works really well and compliments the story nicely. Superman’s powers are beautifully realised, the design of his costume is excellent and the action sequences are wonderfully dynamic. A lot of care is taken to bring the world to life with vibrant colours and distinctive character designs. Nothing ever feels overdone or unclear and the character animations compliment the performances brilliantly. There’s a lot of entertainment to be found as a visual spectacle and the film has the narrative heft to back it up. 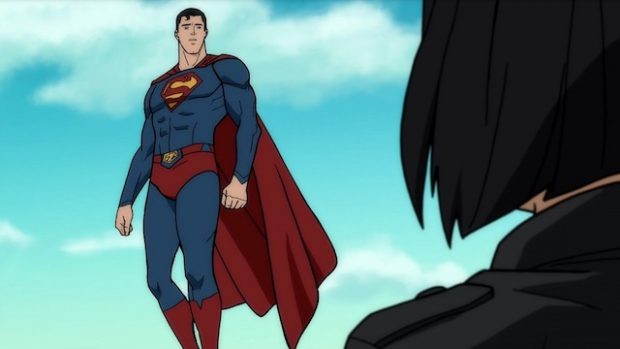 A fresh yet familiar take on a Superman origin with excellent vocal performances, great characterisation, strong worldbuilding, great animation and a deep respect for the fundamentals of the character. Darren Criss delivers a believably earnest take on Clark Kent aka Superman, Zachary Quinto’s Lex is the perfect balance of madcap villainy and faux sincerity, Alexandra Daddario’s Lois Lane is confident but stops short of insufferable arrogance, Brett Dalton’s Parasite is nicely sympathetic, Ryan Hurst’s Lobo is perfectly arrogant and Ike Amadi beautifully embodies the wisdom of Martian Manhunter. The film suffers from packing too much into a lean run time which leaves things feeling less developed than they should be but the fundamentals are all still present even if they are fighting for screentime. Visually the film is great with a distinct and colourful animation style that brings with world to live and features character animations that compliment the performances brilliantly. As a visual spectacle there’s a lot to enjoy and the film has the narrative heft to back it up.