I’d happily go on record saying that I really like the Cloverfield franchise. Before this entry it consisted of two movies that don’t seem to connect to each other unless you read lots of background material that will have sci-fi conspiracy theorists glued to their laptops. As a franchise it worked on two levels; the first being the superficial viewing of the movies that have really simple yet well executed premises and the second is the meta-textual layer that rewards those who bother to take the time to explore the rich background material. Thankfully no homework is required to understand the movies but it’s there for those who want to dig deeper. For those who’d rather see other people’s takes there are innumerable YouTube videos that posit endless theories.

The first entry in the franchise, simply titled Cloverfield was a Monster Movie from a found footage perspective. Nothing about it was especially original but the shift in perspective was a refreshing take on an old genre. 10 Cloverfield Lane was the second entry in the franchise and took the form of a claustrophobic mystery thriller that excelled in building tension and crafting an unsettling atmosphere. I’m personally one of those people who enjoyed thinking about how they might connect to one another and exploring that but the beauty of it is that that wasn’t required. Basically Cloverfield as a franchise could be taken as a high budget version of The Twilight Zone which in itself is interesting.

This approach radically changes in The Cloverfield Paradox. Netflix marketed this as the answer to what happened in Cloverfield along with vague promises that this film would bridge that gap. Immediately this grabbed my attention but I also didn’t really want those questions answered as I find the theorising to be much more fun than the answer. I’m someone who was annoyed by Prometheus answering the Space Jockey question or Star Trek: Enterprise telling me why Klingons don’t have ridges in Star Trek: The Original Series. The actual answer will never be as interesting as what you have imagined.

Most of this film takes place onboard a space station where a crew of astronauts are trying to create a new energy source using a particle accelerator. Earth is in bad shape with depleting resources and the threat of War looming so this mission is a last ditch effort to solve those problems. The station is manned by an international crew of astronauts who all have different specialisations critical to the mission. In the main this is a sci-fi horror movie where the crew get picked off one by one in mysterious circumstances and none of it even tries to be halfway original. 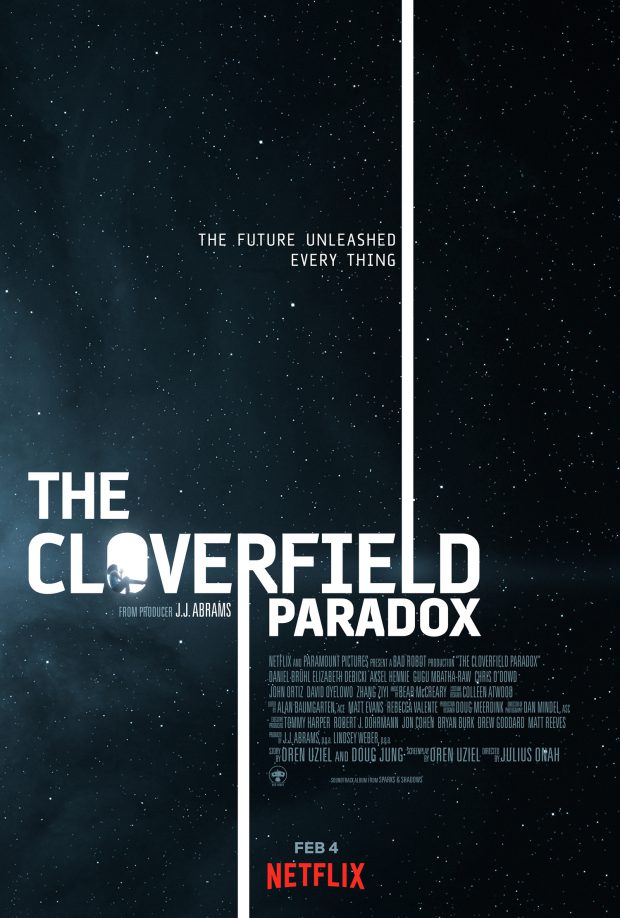 Name the sci-fi horror movie and you’ll find a reference to it here. Alien, Sunshine, Event Horizon, The Thing, Life and anything else you can think of are practically name checked with winks to the camera. Arguably nothing new can be achieved in this well worn genre but many filmmakers at least bring a unique style to their homages. This sadly isn’t the case here with a procession of trite and predictable scares that fail to resonate in any way. It also doesn’t help that lots of sci-fi ideas are thrown at the screen with hardly any of them being afforded more than the briefest coverage. It’s one of those films that tries to sound intelligent because there’s a lot of different technobabble flying around but it utterly fails to be convincing.

Some enjoyment can be had from scenes that are hilarious in their execution. Watching the laws of physics falling apart and creating complications does have its share of laughs such as a particularly hilarious scene involving a dismembered limb. Whether these are intentionally funny or not is often up for debate but the comedic edge is often all this film has going for it.

There was a lot of potential here. This film boasts a really talented cast with impressive performers such as Daniel Brühl, Gugu Mbatha-Raw, Chris O’Dowd, Ziyi Zhang and Elizabeth Debicki among others delivering performances that frankly belong in a much better film. It’s a testament to these strong performers that the characters manage to stand out at all. Their presence along with some capable direction make for some impressive rising tension in the first half of the film only for it to be shattered by the uninteresting lunacy of the second half. The special effects are really impressive and the claustrophobic setting of the space station is well built so the ingredients of a satisfying experience were all there.

Part of the problem is that the characters go from being geniuses in their field to insufferably stupid in a very short period of time. Standard dumb horror movie character personality types start to apply after a while and what follows is a collection of uninterestingly incoherent nonsense that seems to forget the built in expertise of the characters. The last act could have been an impressively tense affair but I had long since lost any investment in the characters and any real sense of what was actually at stake so the narrative completely fails to stick the landing.

A pointless subplot involving one of the scientist’s husband being caught up in the Earthbound crisis is supposed to be what ties this film to the Cloverfield franchise but the execution of this is painfully clumsy. It technically does what it sets out to do but it’s so divorced from the main narrative that it may as well be a different film entirely. This film reeks of something that was hastily converted into a Cloverfield entry whether it made sense or not. A last minute conversion was how we got 10 Cloverfield Lane but that film had a strong foundation to begin with where this does not. Hopefully the already completed fourth entry will be better.

A vastly underwhelming experience that fails as a sci-fi horror movie, does a really bad job of connecting to the Cloverfield franchise to answer questions that are better left as mysteries. The ingredients of a satisfying movie were all here from a talented cast, promising claustrophobic setting, impressive special effects and a competently directed first half but this all gives way to chaotic lunacy that fails to be in any way engaging. A pointless subplot involving one of the scientist’s husband being caught in the Earthbound crisis clumsily makes the Cloverfield connection signalling that this film was retrofitted to fit the franchise at the last minute. Hopefully Cloverfield 4 will be better.