The Light Between Oceans

A lighthouse keeper and his wife raise a baby rescued from a drifting rowing boat until the child’s birth mother comes into the picture in Derek Cianfrance’ The Light Between Oceans.

This is definitely a film of two halves and, as you might expect, one half is better than the other. I haven’t read the book this is based on but I imagine the problems stem from the source material though it’s possible that this film doesn’t take the time to help it all make sense.

The first half is the better half. It is a well developed and moving love story with two engaging leads. Tom (Michael Fassbender) is a former soldier who has seen enough death and wants to live a quiet life away from civilisation. He accepts as job as a lighthouse keeper and catches the eye of the lovely Isabel (Alicia Vikander). The pair fall in love and live happily on the island.

Complications start to appear in their live when Isabel suffers two miscarriages that leave her teetering on the edge of sanity. Their prayers seem to be answered when a dead man and a young baby wash up on shore in a rowing boat and leave the couple with a choice of what to do. Isabel sees this as an opportunity to recover something she lost and begs Tom to hide the truth and raise the child as their own.

Naturally they do and a fair chunk of the film shows just how happy this makes them. Fassbender and Vikander are both great in their roles. Their relationship feels believable and Vikander’s performance in the miscarriage scenes is outstanding. She perfectly conveys the pain and resulting sense of loss to help the audience root for her and understand her decision. 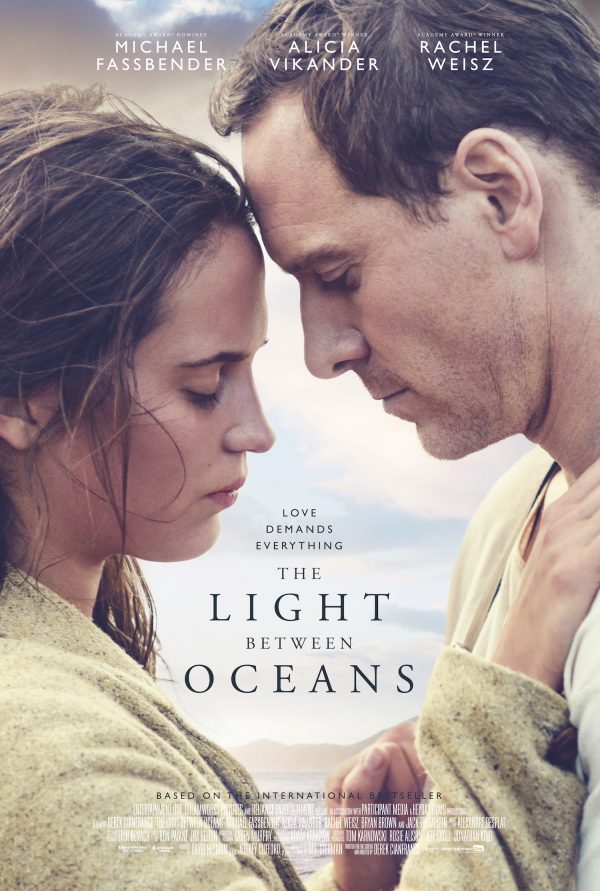 The message is that Tom and Isabel are making the right choice as they provide such a happy home for the child that they name Lucy who is clearly loved and loves them in return. I feel that Cianfrance chooses to make this almost stereotypically idyllic so that the complications are stronger by comparison.

Once Hannah (Rachel Weisz), the child’s real mother comes into the picture the film starts to fall apart. Weisz does an amazing job playing a woman who has lost everything that was important to her and holds out hope that she can get those things back. It’s a powerful performance and the characters are well written enough to allow both sides of the argument to have merit.

Unfortunately the handling of this is really messy and characters do things that don’t make a lot of sense to further the plot. The performances are good but not good enough to carry this and I found myself scratching my head by the end after all of the twists and attempts to justify these bizarre actions. I’m not sure how this could have been handled to make this all come together but this definitely wasn’t the way to do it.

It’s a shame as the idea of a birth mother coming to claim a child who doesn’t know her is a strong one as there’s a lot of tragedy in there. There’s the point of view of the people that raised her, the birth mother and the child herself to consider but it all gets muddled into a fairly clumsy second half that doesn’t go anywhere satisfying.

One thing that would have worked better is building the second half around the theme of forgiveness as it does come up but isn’t developed well enough to be as strong as the film thinks it is. Hannah’s attempt to honour her lost husband could have anchored this but it’s introduced too late to really blend into the story.

A mixed bag that starts off well but loses its way towards the end. The first half is excellently done with Tom and Isabel’s relationship coming across well along with their idyllic life with their rescued child. Once the birth mother enters the story things start to fall apart and choices are made by the characters that make no real sense with clumsy attempts to build to something. Ultimately it doesn’t work and the excellent performances aren’t enough to carry this.