This film was viewed in a cinema and this review should in no way be taken as an endorsement of returning. The author of this review is based in Scotland where there are extensive distancing measures in place and the cinema is an activity that is considered relatively safe as long as restrictions are adhered to. If you feel in any way unsafe returning to the cinema to watch this or any other film then please do not assume any unnecessary risk.

Please stay safe, maintain distance and adhere to the guidelines that are laid out.

Josh Boone’s The New Mutants finally releases after several delays to bring an end to the Fox X-Men franchise that spanned two decades.

Disney’s acquisition of Fox has completely ended their long running X-Men franchise in favour of the characters eventually being folded into the Marvel Cinematic Universe. Dark Phoenix appeared to end the franchise on an underwhelming note but having this film lingering means that there’s a chance to end on better terms. 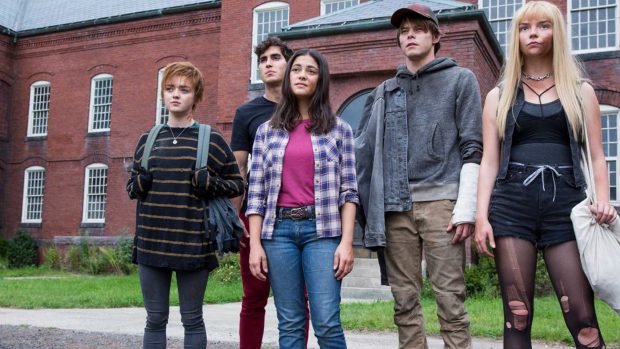 The New Mutants – or is it The Old Mutants?

The approach taken in The New Mutants is strikingly different from what other X-Men films have put across. On the whole those films were simply too expansive in terms of scope and the number of characters to properly explore the personal consequences to the one discovering that they were a Mutant and had an ability to deal with. There was coverage of this to various degrees such as Rogue in the first film or the younger members of the ensemble in X-Men: First Class but there was typically a larger story playing out at the same time that those films had to return to.

This film has less characters, a confined setting, far less action than you might expect and a distinct focus on the fear associated with this sort of discovery. Danielle Moonstar (Blu Hunt) is the point of view character brought into the setting after a tragic event and we the audience follow her through her exploration of these new surroundings as well as the people that populate them. The setting is a mysterious hospital for young Mutants to come to terms with their abilities in a safe environment or at least that’s what Danielle is told initially. As time goes on the hospital becomes more unsettling and it is made clear that there is something else at play.

One thing Fox started to latch onto in their latter handling of the franchise is that X-Men as a property has near infinite storytelling potential. Outside of the traditional superhero blockbuster formula they made films like Logan and Deadpool with The New Mutants appearing to be another outlier that begins to demonstrate the potential that the property has. It doesn’t fully commit to being something entirely different but it does take steps to deliver a fresh interpretation on the ideas that are commonly found within X-Men stories. 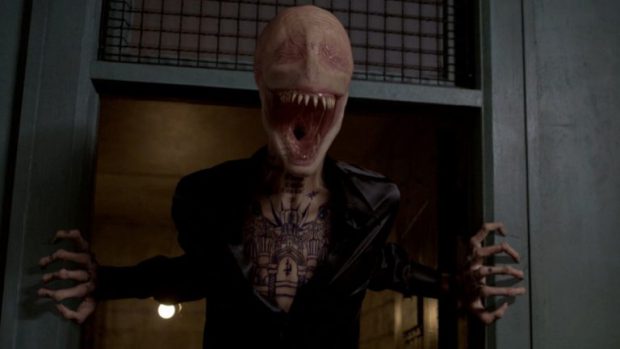 The last thing you want to encounter in a creepy hospital

The general approach here is that of horror with the manifestation of unusual abilities being portrayed as something that people may fear. When coupled with the unsettling surroundings the ingredients exist for a story that belong more to the horror genre than other comic book adaptations. Connected to this is the challenges that come with the awkward transition between childhood and adulthood. It’s directly mentioned here and in other X-Men movies that generally the powers begin to manifest at puberty which makes them an obvious metaphor for the bodily changes everyone experiences. Every power is unique just as everyone’s experience of growing up is unique so the parallels almost draw themselves. This film takes advantage of that and delivers a more intimate exploration than any previous X-Men film which is notable in itself.

Unfortunately the film doesn’t lean enough into the horror angle which is definitely to its detriment as there was a lot of potential to stand out in that respect. Everything was there to create a more engaging horror experience than is ultimately provided which means that the creepy and mysterious atmosphere, seemingly omniscient technology constantly scanning the inhabitants of the hospital and other well executed creepy moments go to waste when taking the film as a whole.

Danielle is a strong protagonist played really well by Blu Hunt who conveys the confusion, fear and uncertainty brilliantly. Her perspective is a good one because there is a mystery attached to her past, present and future with her ability being unknown to her for much of the film so there’s a lot to unpack and explore. Blu Hunt’s performance carries the film nicely and is a capable window into the world that is being presented. The resolution of that mystery and the presentation of it is somewhat predictable and ultimately underwhelming but it doesn’t undermine the good work that led to that point. 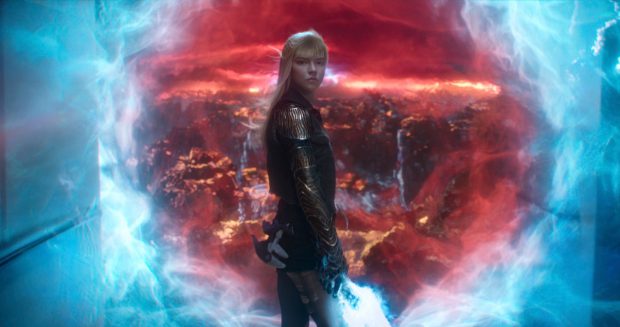 The other characters in the hospital are where the film suffers most as they aren’t used enough to really come into their own. The core relationship is between Danielle and Rahne Sinclair (Maisie Williams); the pair strike up a believable and endearing connection that is developed nicely throughout the film. Some of the dialogue they share strays too far into exposition territory and more time could have been devoted to exploring their connection but what is presented is strong and Rahne acts as a good supportive presence for Danielle with a great deal of insight into her own troubled past that led to her current situation.

Another character that would have greatly benefited from more screen time was Illyana Rasputin (Anya Taylor-Joy); a devious and playful character with access to a different realm and a pet dragon like creature called Lockheed. The situation and setting acts as the antagonist in this film but she is the most antagonistic character where Danielle is concerned. She takes every opportunity to push Danielle’s buttons in an attempt to force her to reveal her power and has her own definition of morality that doesn’t necessarily mesh with that of those around her. The hints of there being more to her than the film reveals are certainly there and Anya Taylor-Joy does well playing the character despite an at times questionable Russian accent. Her abilities provide the greatest visual flair and she is used well in the rare action sequences.

The other characters form part of the furniture largely though there are traits attached to them that have potential such as a half baked self harm aspect to Roberto da Costa (Henry Zaga) that could have been something given greater focus. Alice Braga’s Dr. Reyes also suffers from a lack of screen time making her seem more forgotten than mysterious. Very little is given about how she feels about what she’s doing or what attachment she has -if any- to the other characters. There are elements that seem to be taking her in a particular direction that then fizzle out.

Initially conceived as the first in a trilogy of films, this does often feel like groundwork is being established for later development and you’d be forgiven for thinking it was the pilot for a TV show in the way it’s structured. The story it tells is self contained enough and does come to a conclusion but there are things that remain unresolved and seeds planted that don’t end up going anywhere. As a final outing for the Fox X-Men franchise it’s not a terrible note to end on and is perhaps unfortunate that there will be no opportunity to develop these characters further as there is definite potential here that will likely never be fully realised. 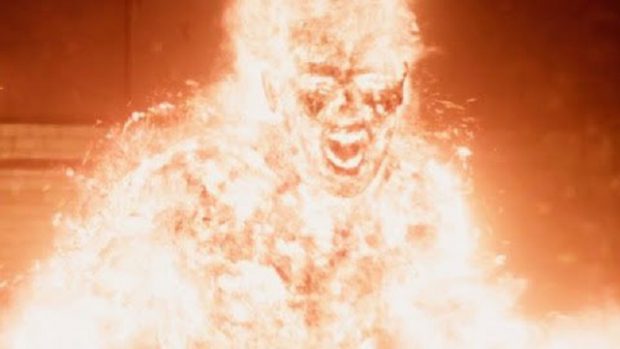 An engaging and intimate character driven portrayal of emerging Mutant abilities as a metaphor for transitioning into adulthood. Danielle Moonstar is an engaging protagonist with a compelling perspective and is played really well by Blu Hunt. Her relationship with Rahne Sinclair forms the emotional core of the film and deserved more attention but was well done. The other characters aren’t quite as prominently featured which is to the film’s detriment but the teases of backstory among other things are interesting and the ensemble work really well together. The most striking thing about the film is the confined setting that leans a little into horror in a way to support the film’s themes of uncertainty and the fear associated with transitioning into adulthood. Despite a creepy setting and some effective moments it doesn’t lean enough into the horror despite some clear potential. In some ways this feels like the pilot of a TV show though it is self contained enough to allow that not to be an issue and it successfully stands out from other comic book adaptations by shifting its focus in a different yet equally compelling direction.