A family man is conscripted to fight in a future war where Humanity is losing to a superior threat in Chris McKay’s The Tomorrow War.

The film centres on Dan Forester (Chris Pratt); a former soldier and scientist who finds himself forced into fighting the future War. He’s a family man devoted to his wife and daughter but down on his luck following a rejection from his dream job. Not a lot else about his character is established because the film doesn’t take the time to build the character beyond these high level details which makes it very difficult to follow the journey he goes through. 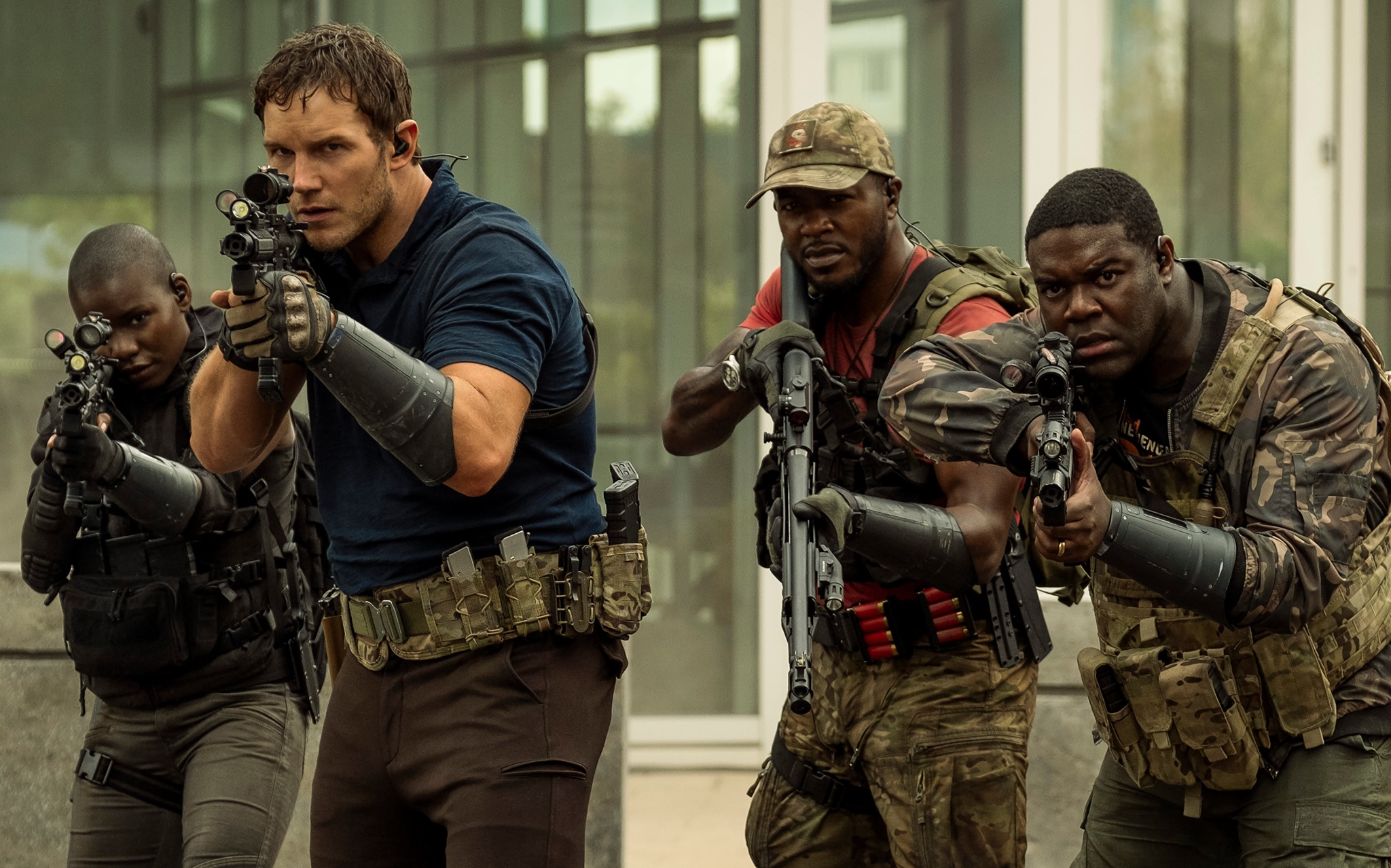 His life changes when people from the future arrive to recruit people from the past to fight the War in the future due to a significant population shortfall in the future timeline. People are conscripted into fighting the War based on particular factors that become clear through Dan’s point of view. In fairness the explanation makes some sense but the wider implications of it are glossed over despite it having the potential to be a major emotional hook for Dan and other characters.

A major failure the film has in general is worldbuilding. Major details that should be important are quickly dismissed such as the global fallout of learning that people from the future have come back in time to enlist people from the present. As far as the film is concerned it is all taken at face value as it moves from the soldiers appearing to a montage of quick explanations of what has been put in place since then. There is no reaction, no discussion and no development of how this setup was agreed on.

This might be forgivable if something better replaced it either on a story or character level. The plot meanders along at a snail’s pace saying or doing nothing interesting prior to Dan’s jump to the future. It’s likely the intent was to build suspense and mystery around what awaits those conscripted but it fails to do that because all details about the future are omitted due to the baffling explanation of not wanting to scare people too much. This amounts to those forced to fight this war having absolutely no idea what they’re walking into and are never actually prepared for what they’ll end up facing. It’s no wonder Humanity are losing with this level of rampant incompetence being the norm. 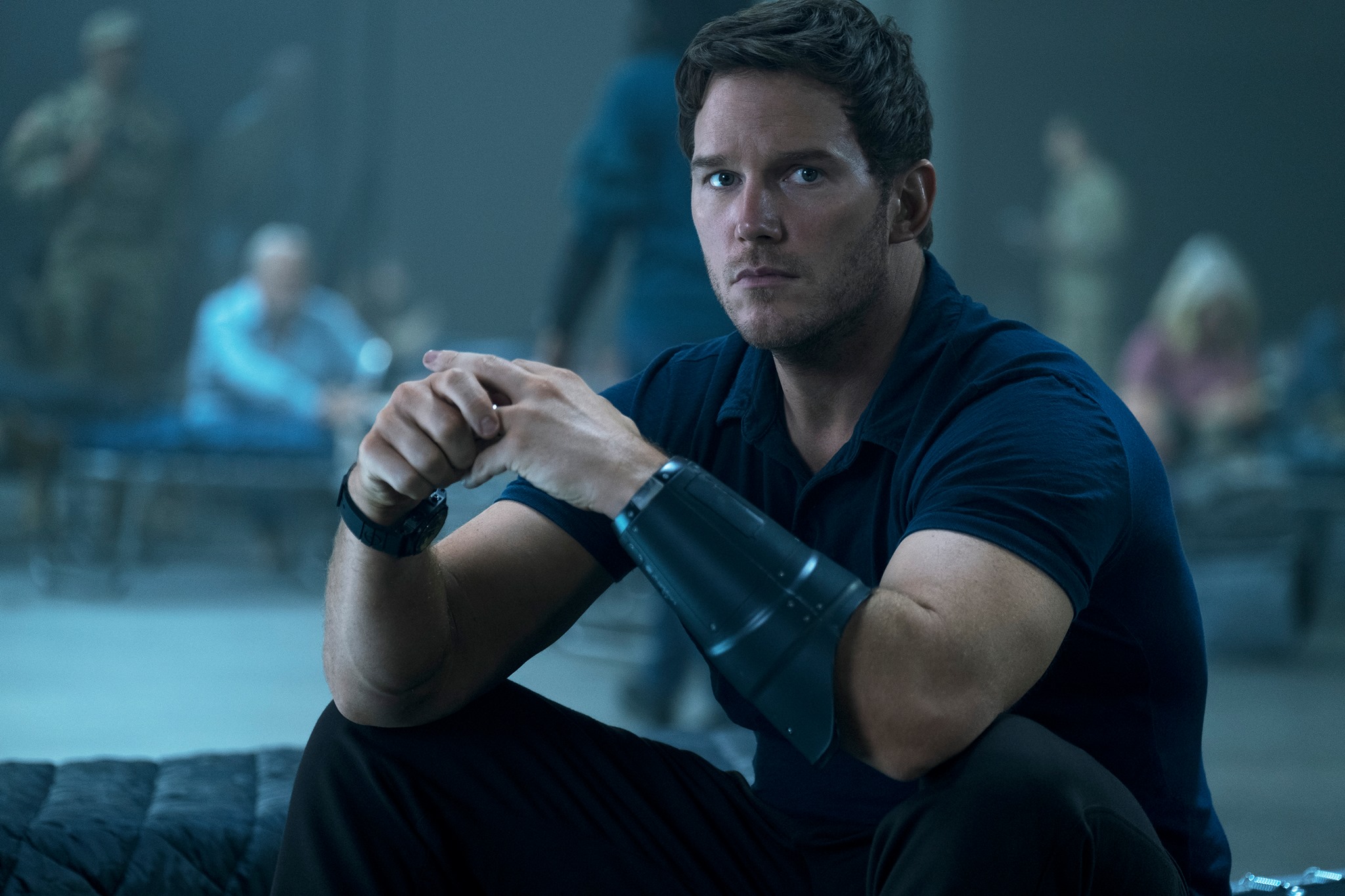 By doing this the film promises something unimaginably scary when the future timeline is finally shown but the reality falls far short. The future timeline amounts to a bland destroyed urban wasteland plagued by unimaginatively designed alien creatures derivative of innumerable previous examples. Since they are basically animals they have no agency as antagonists and the threat they represent fails to live up to the hype that the earlier scenes attempt to generate. The fact that the film takes so long to get to this point makes it worse.

If the characters were interesting then something might be salvaged but they aren’t. Dan never rises above the baseline characteristics he is given despite establishing two core relationships that the film will use to propel him on his journey. The main one is with his grown up daughter, Muri (Yvonne Strahovski) who struggles with the idea of seeing her father after losing him years prior. Dan has to adjust to his daughter having grown up and taken her own path in life. Their scenes together are fine but there’s very little there from either character. Yvonne Stahovski has almost nothing to work with meaning that Muri has very little definable personality and only exists to fulfil certain roles in the plot.

The other core relationship for Dan is with his estranged father, James (J.K. Simmons). It is established early on that there’s a lot of tension in their relationship, reinforced in a scene they share early on and picked up towards the end of the film. As with everything it suffers from a lack of attention and follows a blandly predictable path with a large gap between their shared screen time facilitating it being almost forgotten by the time it becomes important again. All of the emotional beats in Dan’s core relationships are entirely by the numbers and completely uninteresting due to poor execution. 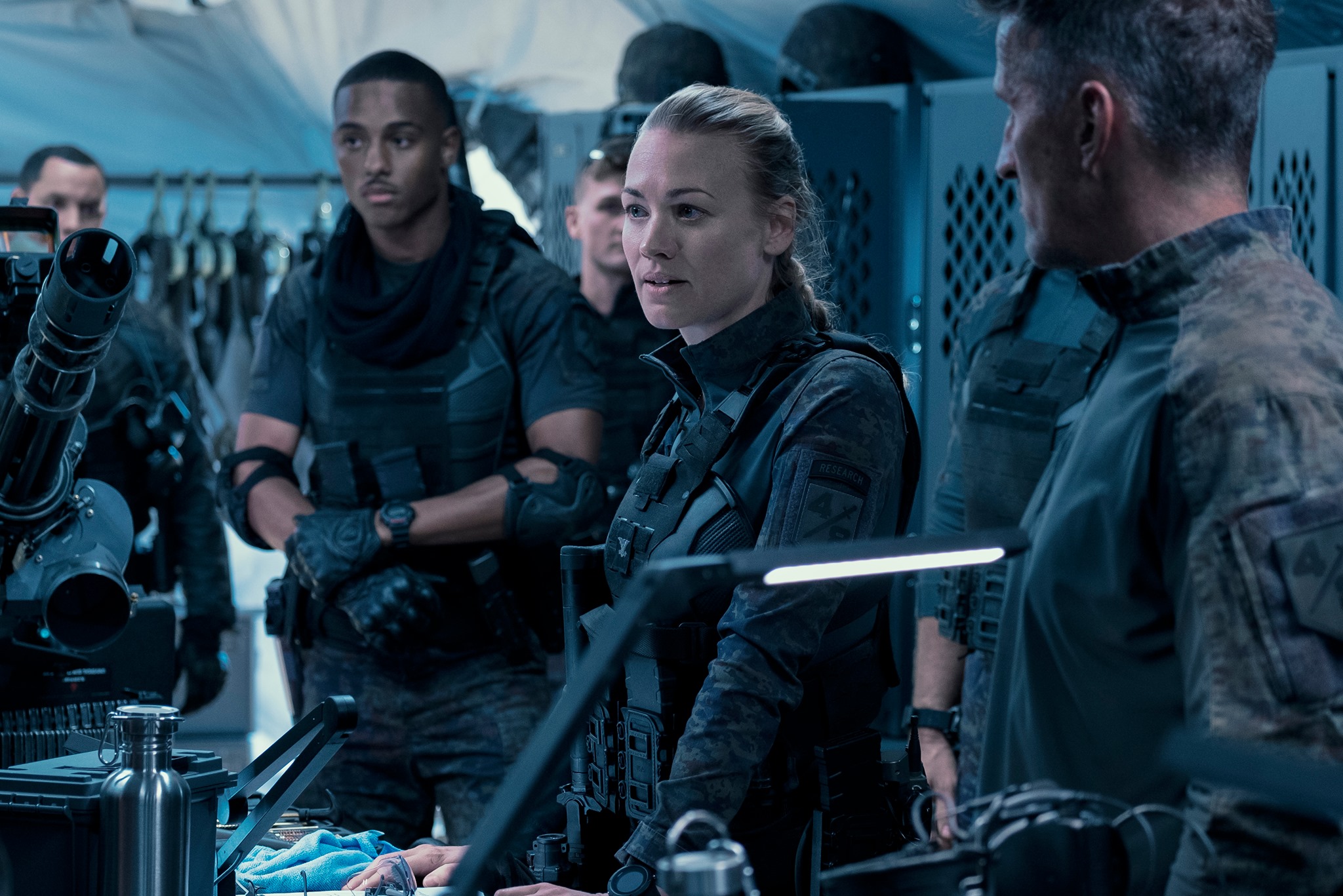 They grow up so fast

Time travel is an interesting yet often badly executed concept in science fiction. Every time travel story needs to establish the rules that it abides by so that the audience can follow along and make sense of the story being told. The Tomorrow War frustratingly doesn’t bother to develop any detail around the rules. There are two time periods with what happens in one not impacting the other based on the information given. Nobody native to the future mentions remembering their family and friends being conscripted before the War broke out so events in the present don’t change or shape the future in any way. A significant plot detail relies on using information to change the future though if the War torn time period is unimpacted then it will make no difference to those trying to win it in that time period even if it has a major impact on the present day. This renders the time travel aspect an incidental detail that has no significant bearing on the plot other than enabling it to happen.

Outside of the other failures The Tomorrow War really doesn’t have anything to say. At different points it tries to deliver commentary on conscription, the influence of the military on society, global warming, the merits of science and various other issues. In general it comes across as a selection of half formed ideas woven through a story that needed a lot more thinking time before being written. Some of the action is entertaining and well shot if lacking in creativity but it completely fails a science fiction story. There’s nothing to be found here that hasn’t been done infinitely better elsewhere.

Is there a future that doesn’t look like this?

A poor excuse for a sci-fi action film with underwhelming characters, a meandering uninteresting plot and nothing of value to say about anything it touches on. The film quickly presents a failure in worldbuilding and never recovers from it or makes up for it with compelling content elsewhere. So much time is spent building up to the jump to the future with the suggestion of something unimaginably scary awaiting when they arrive. It completely fails to deliver on that. Chris Pratt’s Dan has two core relationships that propel him on his journey with neither of them being all that interesting or well developed. Yvonne Strahovski as his grown up daughter in the future has very little to work with meaning that the character has little definable personality and never rises above her function in the plot. The action is entertaining and well directed if failing to be creative. Another issue is that the time travel rules are never established making it a largely incidental detail that has no bearing on the plot. It also fails to deliver any meaningful commentary on any of the issues raised. There’s nothing to be found here that hasn’t been done infinitely better elsewhere.