Video game to movie adaptations have a really bad reputation and deservedly so. Most of them have been of very poor quality. The recent Resident Evil: Welcome To Raccoon City being a notable example. It’s not impossible to turn an interactive property into a movie and make it watchable. Sonic The Hedgehog and Pokémon: Detective Pikachu are strong examples and the previous Resident Evil film franchise isn’t without merit. Uncharted is a strange beast when it comes to adaptation as the video game series is somewhat designed as a celebration of over the top set piece driven blockbusters so the film risks feeling like an imitation of something designed to be an imitation. 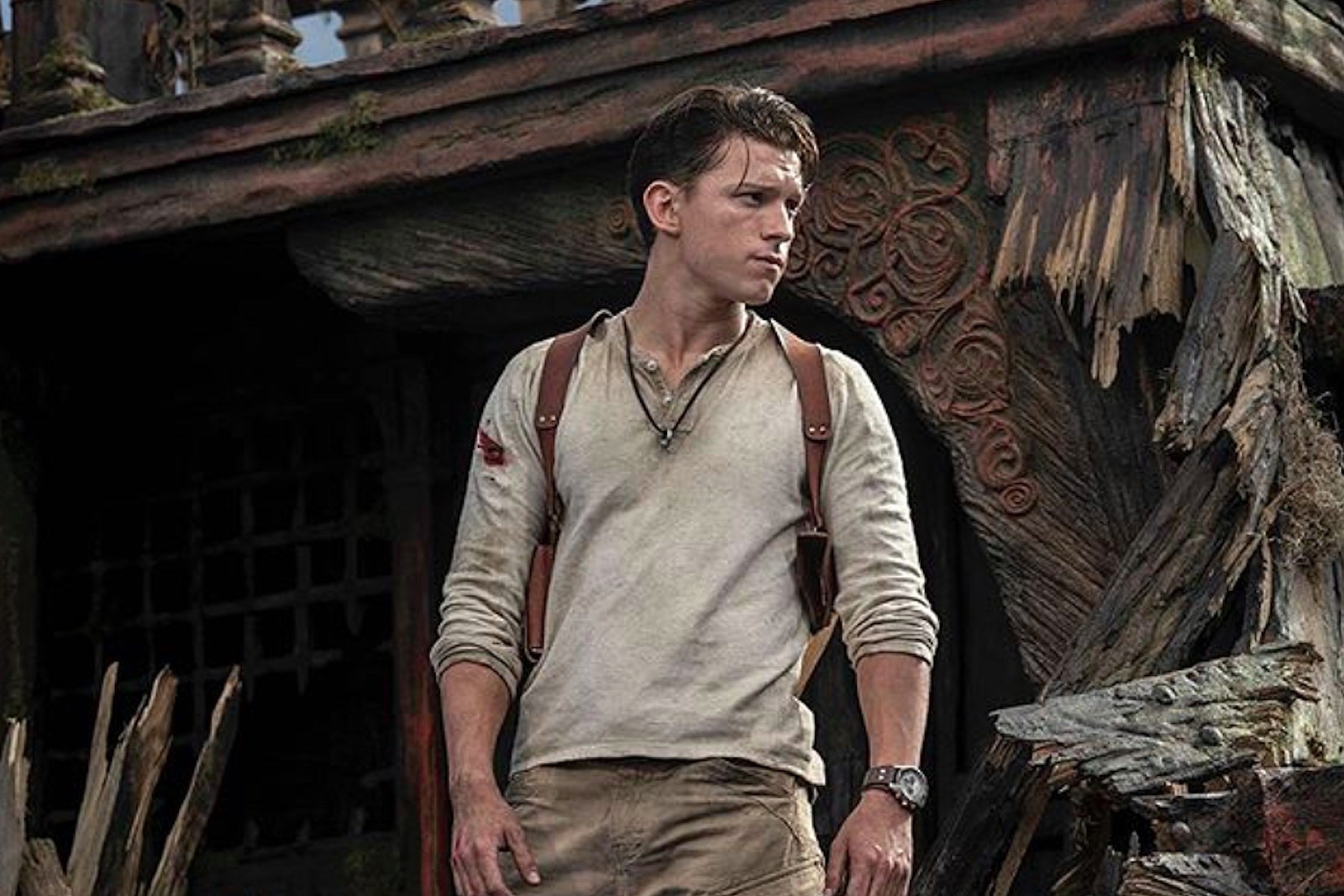 Playing Nathan Drake is Tom Holland, who starts the film working in a cocktail bar using his charm to distract as he steals from customers. He is approached by Victor “Sully” Sullivan (Mark Wahlberg) who wants to recruit him to help track down a long lost treasure. Sully tracks down Nate because he once worked with his brother who waxed lyrical about his remarkable brother. In theory the film is built on the relationship between Nate and Sully who start off not trusting each other and form an unbreakable partnership by the end. In practice the film delivers that but lacks in depth when it comes to actually developing it. So many of their interactions are played for laughs with no real sense that genuine trust or camaraderie is developing. They grow to trust each other because the film says so rather than it being actually presented on screen.

Tom Holland is unmistakably a leading man with a lot of charisma as he has showcased on numerous occasions and he definitely has the physicality to carry a role like this but the material supplied to him here is so thin that he has little opportunity to showcase his talents. Mark Wahlberg isn’t exactly stretching himself here with a performance very similar to many of his other roles. Sophia Ali’s Chloe Frazer had plenty of potential -inconsistent accent aside- but the film doesn’t give her the time to stand out in the way she needs to nor does the script afford her much beyond the surface level traits. There are hints at an attraction driven dynamic between her and Nate but it never moves any further than that.

Villains is another element the film struggles with. Antonio Banderas’ Santiago Moncada had greater potential than the film allowed with a corruption driven backstory and desire to live up to his father’s expectations. He doesn’t feature in the film much and doesn’t represent much of a direct threat to Nate or Sully. Tati Gabrielle’s Braddock fails a little better but she is largely resigned to a plot function who crops up to complicate matters at given points. There isn’t enough of a relationship established between the heroes and antagonists to make the rivalry stand out in any way. 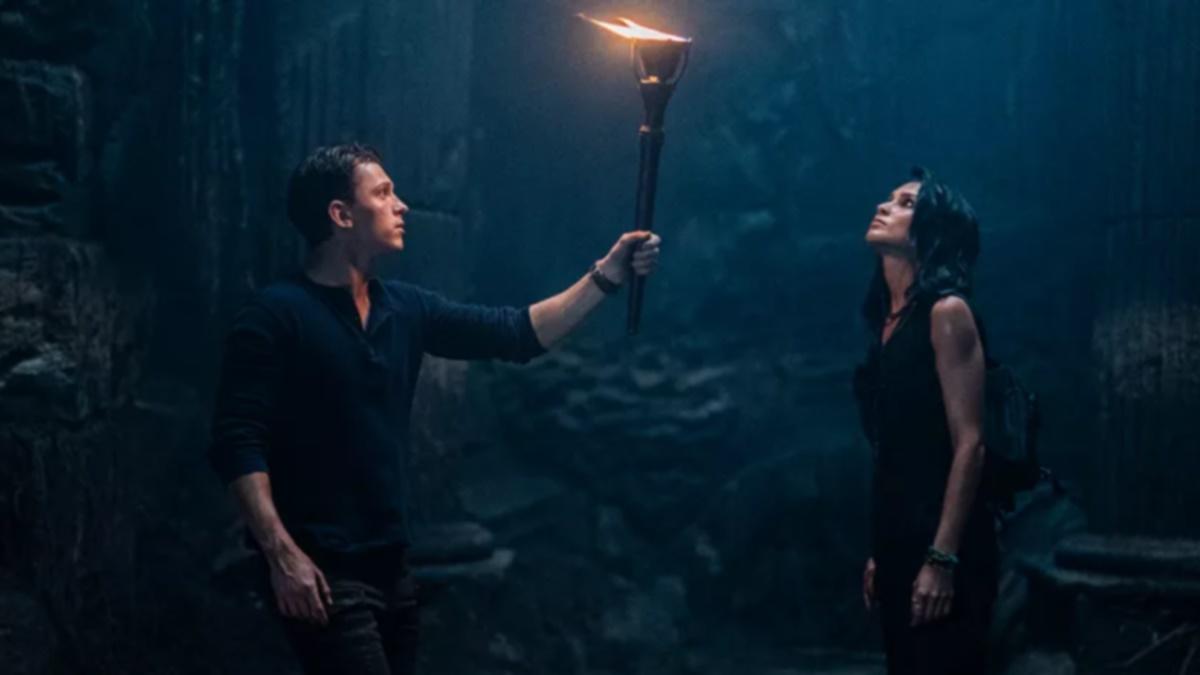 Reviewing this film is a challenge for me as I’m very familiar with the games so I have an idea of what I expect Nathan Drake and Sully to be. This film doesn’t deliver that though it’s undeniably trying to with plenty of winks and nods as to the well established traits that are to be found in abundance in the games. Tom Holland delivers a strong performance as a knowledgeable adventurer eager to experience what the world has to offer with the skills to back up his confidence but as the Nathan Drake of the video games he falls short because the energy and attitude is all wrong. The same applies to Mark Wahlberg’s Sully who is fine as a self serving opportunist but he is very far from the familiar Sully. This doesn’t make the film bad but it means that it fails as an adaptation of the source material as the casting choices do little to present the characters as would be expected.

Since it fails as an adaptation does it succeed at being an engaging treasure hunting adventure in its own right? It does to a certain extent but nothing about it stands out as being unique or memorable. Nothing found here hasn’t been done better elsewhere so the overall experience is a poor imitation of better material. Uncharted is clearly influenced by Indiana Jones and National Treasure but lacks the personality of either so in execution it’s a paint by numbers treasure hunting adventure with little to differentiate itself as a worthwhile property or stand out in the memory of viewers for long after the credits roll.

The puzzle solving plays out in baffling ways with solutions either coming from knowledge the audience has to accept the characters have with nothing setting it up or coming from nowhere just to keep the plot moving. Set pieces are bland and uninspired with an unmemorable plane sequence heavily inspired by a similar moment in the third game and a finale on sailing ships being flown courtesy of helicopters somehow failing to muster excitement. The overuse of green screen robs many of the action beats of the desired spectacle and the uninspiring design work of the puzzles along with the locations that house them reek of minimal effort being put into this. All told there is so little effort on display that the greatest mystery is why this film was made in the first place. 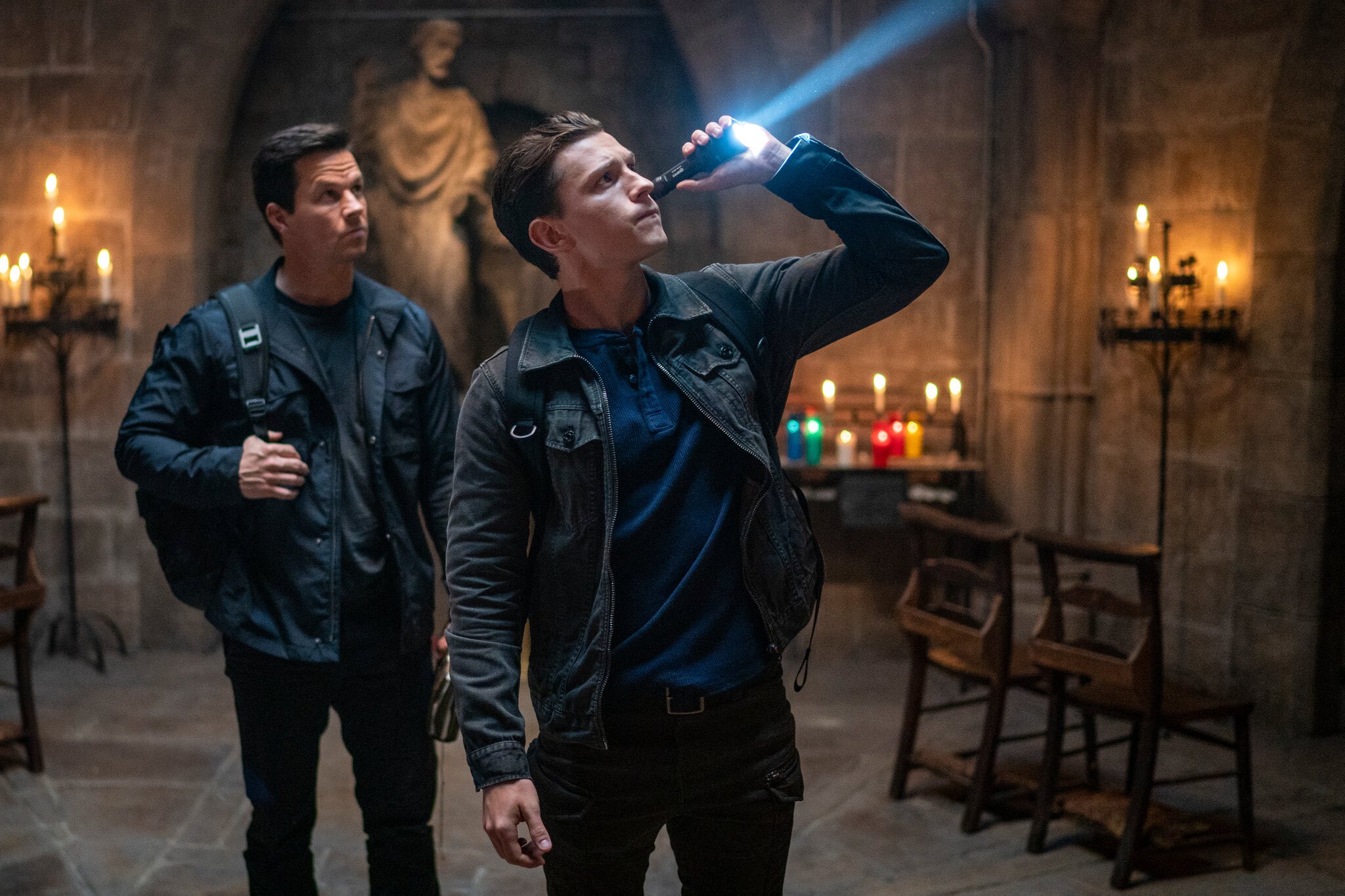 A paint by numbers treasure hunting adventure that reeks of so little effort that the greatest mystery is why it was made in the first place. This film fails as an adaptation of the video game series and as a film in its own right. It’s clearly trying to be the former with lots of winks and nods to the games but doesn’t do enough to be recognisable as the property it’s adapting. Tom Holland is a strong leading presence who does really well here but is never believable as the expected Nathan Drake. Mark Wahlberg is fine but isn’t challenging himself in any way and lacks any identifiable connection to the Sully of the games. Discounting the connection to the games there is also fundamental failures in characterisation and storytelling. In theory the film hangs itself on the Nate/Sully relationship but it fails to rise above the surface level with their growing trust only existing because the plot says that it does rather than being earned development. Chloe could have been an engaging character who has a strong dynamic with Nate but not enough time or attention is given to her to allow that to be the case. The villains don’t fare well either with Antonio Banderas being badly underused and Tati Gabrielle largely serving a plot function. The set pieces are bland and uninspired and the puzzle solving is baffling in it execution. In general the film lacks the personality of what influenced it and comes across as a paint by numbers treasure hunting adventure.