Venom: Let There Be Carnage

Eddie Brock and his parasitic passenger return for another dose of symbiotic dysfunction in Andy Serkis’ Venom: Let There Be Carnage.

The first film was surprisingly successful despite its many flaws. A big problem for me was different elements vying for attention with no clear sense of what the film was trying to be. This film makes the first seem like a testbed for what might work best to fully commit to in this one and to its credit this outing fully embraces what audiences responded to most positively last time. 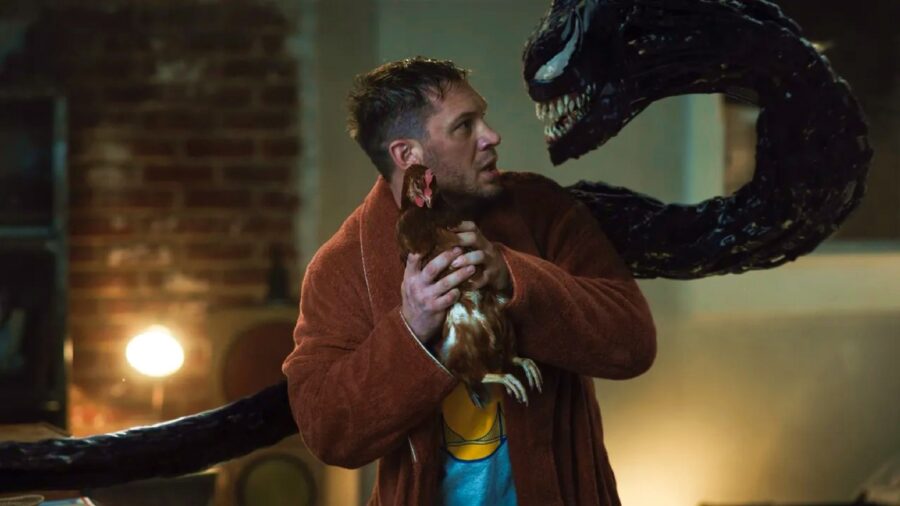 Living with people can be hard

For better of for worse, Venom: Let There Be Carnage focuses on comedy more than anything else. The Eddie Brock/Venom dynamic receives a lot of attention with it playing out as a dysfunctional and often abusive relationship where both parties are dependent on the other but can’t find a way to get along. This works well enough thanks to Tom Hardy’s manic energy making a return from the first film. He plays Eddie Brock and voices Venom which makes it all the more impressive that the characters are so distinct in their various heated arguments. Tom Hardy owns the space he inhabits with his often physically absent companion and makes great use of his talents to make the bizarre situation believable. Venom is best defined by having a childish attitude while also feeling marginalised and underappreciated while also experiencing a great deal of boredom. It all adds up to him acting out and wanting more from the life he shares with Eddie.

With this being the core relationship it takes up a lot of the film but the exploration of it is completely surface level. The shortcomings in the writing are mitigated to some degree by Tom Hardy’s performance elevating the material which prompts some genuine laughs throughout. Eddie and Venom are engaging characters to watch when they interact with one another so it was the right decision to build so much of the running time around that.

The rest of the plot centres around the birth of another symbiotic foe named Carnage with Woody Harrelson’s Cletus Cassidy as his host. Cletus Cassidy is characterised in the way that many modern serial killers are with insane ramblings about the beauty of taking lives and bizarre unsettling poetry readings. His motivation is founded on reuniting with his love Frances Barrison aka Shriek (Naomie Harris) with their relationship failing to resonate in the way the film thinks it does. The symbiote being weak to intense sound and Shriek’s mutation being the ability to let out a superpowered scream is the very definition of a toxic connection but the film has no interest in developing what does or doesn’t work about their relationship. She is simply a goal that Cassidy must attain and off the wall dialogue fills in for any actual tangibility to their connection. 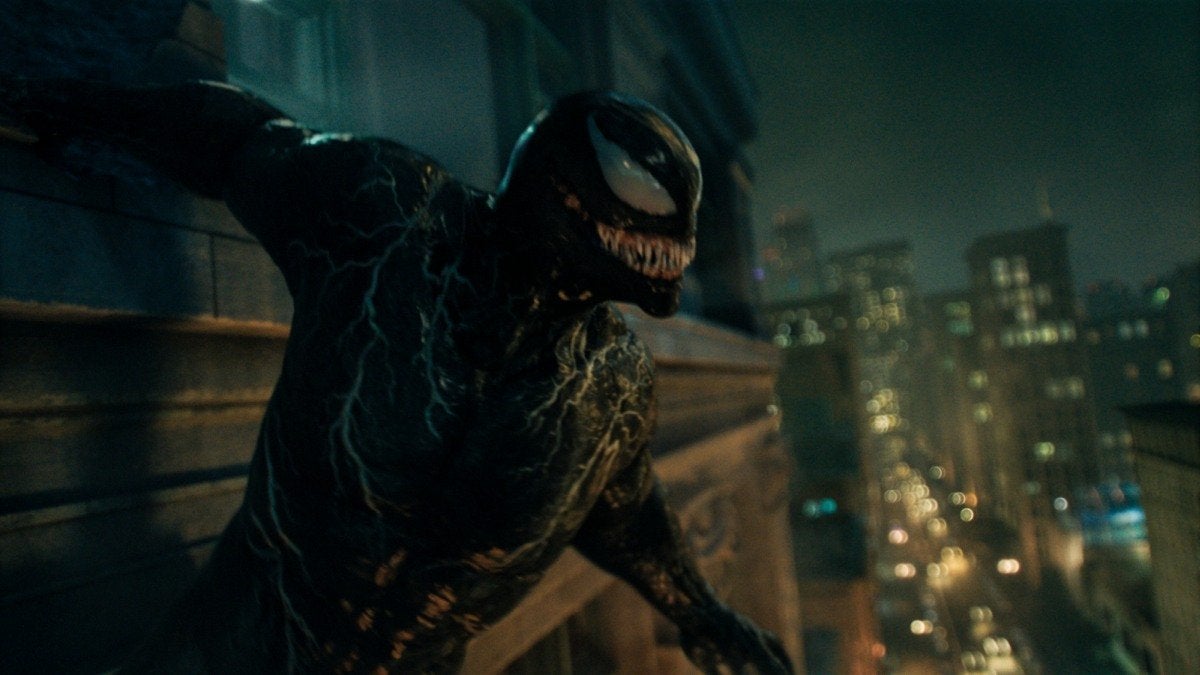 Night on the town!

Cletus Cassidy himself is a very thin character with or without his love interest. As with Tom Hardy, Woody Harrelson greatly enhances the material he is given and makes for a memorable presence even if there’s very little to the character. His insanity defines him as does his love of killing and desire to cause Carnage -which he barely does- but beyond that there’s very little to latch onto. The design of the Carnage symbiote is impressive and the abilities it grants are used well throughout.

Carnage is notably distinct from Venom in fashioning spikes and using tendrils where Venom is far more traditional in the way he fights. It makes the action easier to follow and the available abilities are used well in the climactic action sequence especially. The birth of Carnage sequence where Cassidy escapes the lethal injection is also very impressive.

The climactic action sequence falls down in that there’s very little in the way of a meaningful connection between Eddie Brock/Venom and Cletus Cassidy/Carnage though it’s not for lack of trying. Much of the early part of the film features Eddie interviewing Cletus Cassidy to profile him and learn where he stashed the bodies of his victims. In theory this creates a connection between them where Eddie starts to understand how he thinks and Cletus feels a kinship with him but as with most things in this film nothing exists beyond the surface. These scenes exist and the actors make them work but the material doesn’t back it up which makes the antagonistic relationship come across as very weak overall. This lets down their inevitable fight sequence because the necessary grounding isn’t as strong as it needs to be. 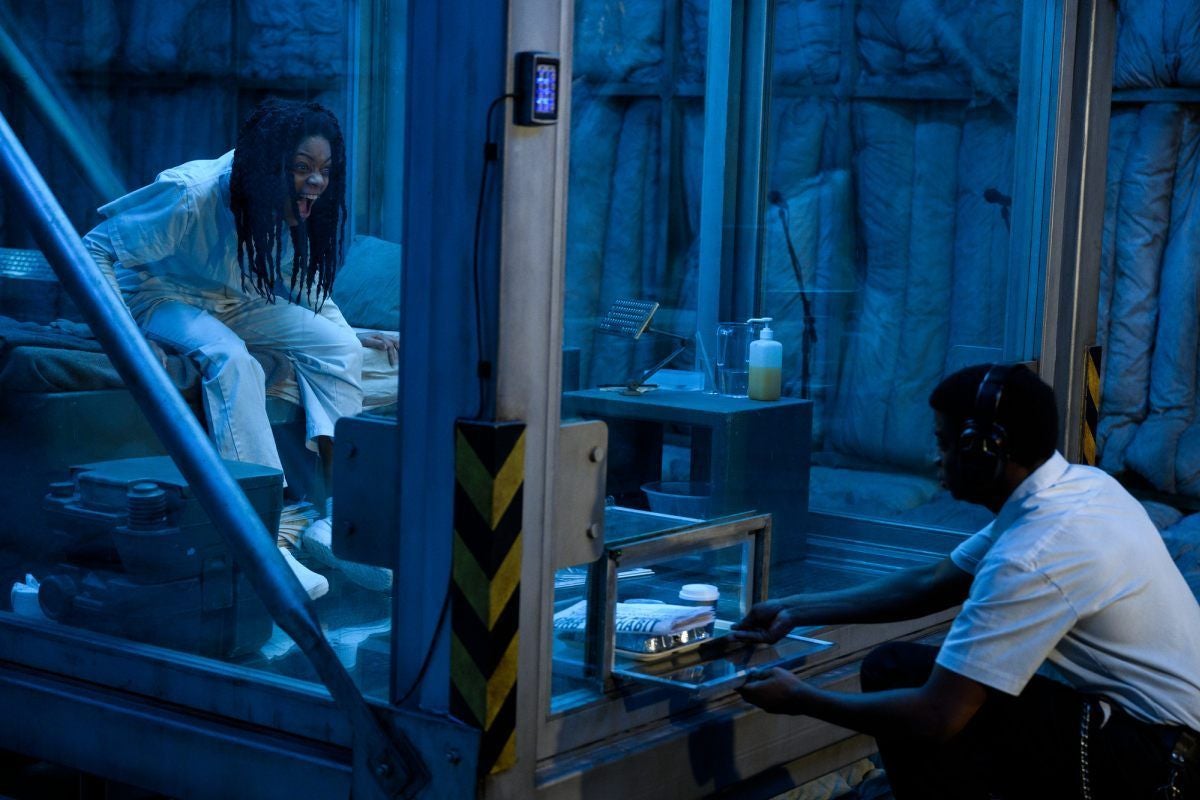 Some quiet time is needed

Other characters exists within the narrative but don’t make too much of an impact. Michelle Williams returns as Anne but is very underused though does well in the key scenes she appears. The breakdown of her relationship with Eddie was a major plot point in the first film and is followed up on here but little more than lip service is paid to it. Reid Scott’s Dan serves very little purpose though manages to entertain here and there. A character with far more potential than the film has time to make use of is Stephen Graham’s Detective Mulligan. As with Michelle Williams he does well in the key scenes he appears in but ultimately is as shallow as almost everything else this film has to offer.

One thing this film has in its favour is the pacing. It has a very lean running time and never slows down. It is constantly barrelling along to get to the climax and it remains entertaining throughout. This is at the expense of depth which makes it frustrating when the film introduces ideas that are worthy of exploration such as acceptance within relationships, understanding and adapting to the needs of a partner in order to find a balance that works and how to move on with your life following crippling setbacks. All of that is in there and Venom as a character is well placed to comment on the notion of wanting to be accepted for who you are rather than changing yourself for the comfort of others but there is no time to give these ideas their due. Ultimately Venom: Let There Be Carnage is an entertaining watch that had the potential to be more but lacks the time to realise it. 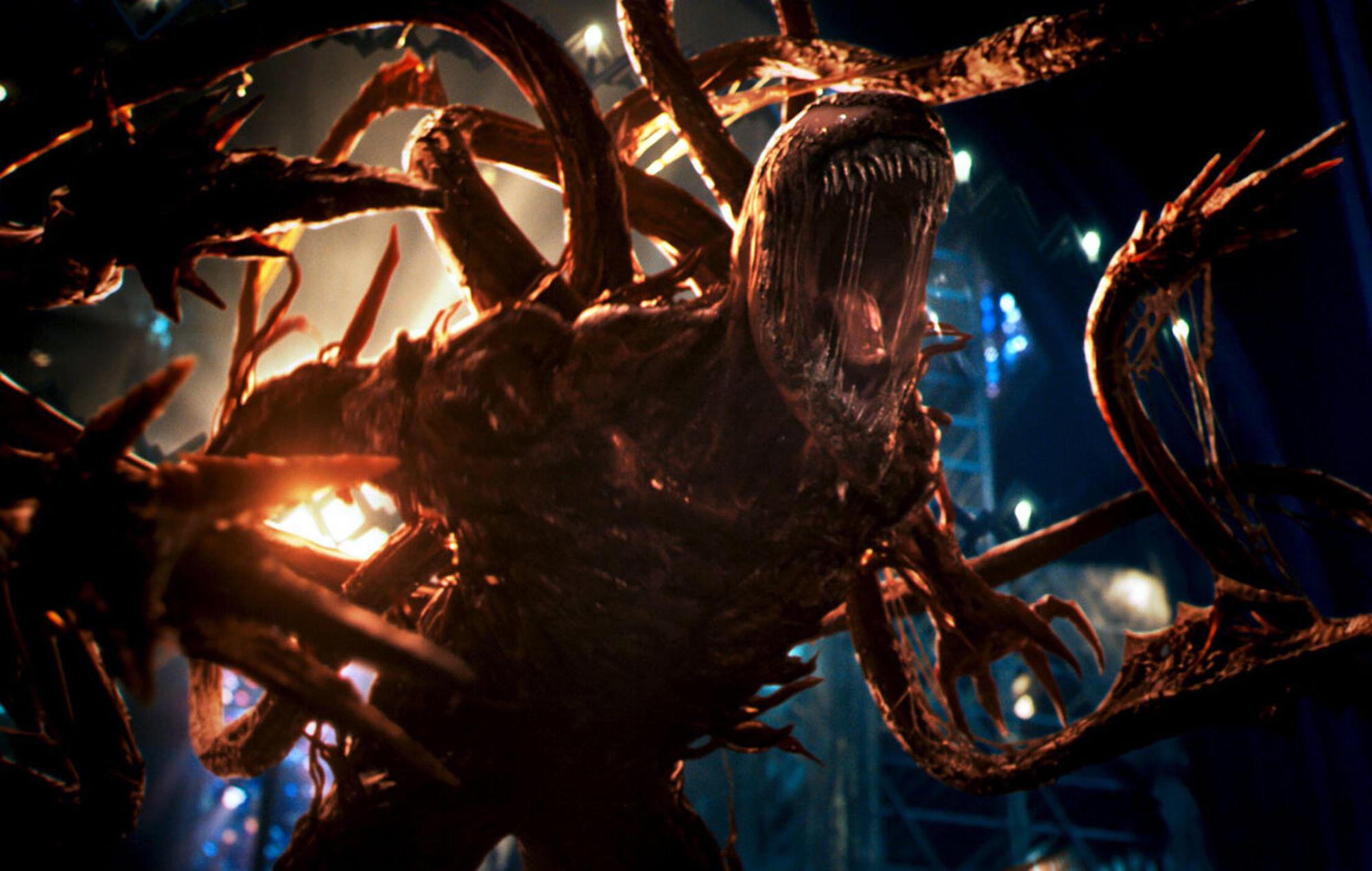 Time to fight a red one

An entertaining watch that had the potential to be more but lacks the time to realise it. Tom Hardy’s manic energy as both Eddie Brock and Venom elevates surface level material and provides an engaging dysfunctional to the point of abusive dynamic. Woody Harrelson similarly enhances the material with his performance which hides how underdeveloped Cletus Cassidy is. His relationship with Shriek in uninspiring with her being little more than a goal for him. It also suffers from the lack of a strong connection between Eddie/Venom and Cletus/Carnage which makes their conflict feel somewhat empty. The design of Carnage is great and the set pieces involving him are really impressive, particularly the climactic sequence. One of the biggest advantages the film has is its pacing and lean running time. It barrels along never stopping and remains entertaining throughout but fails to dig into the interesting ideas that do exist within the narrative. Ultimately it leans into what worked best in the first film and delivers an entertaining if somewhat disposable experience.