A Navy SEAL embarks on a campaign to avenge his wife’s murder and finds himself in the midst of a massive conspiracy in Stefano Sollima’s Without Remorse.

Many would say we live in a very cynical time where there’s widespread distrust of government, long established institutions, law enforcement, the military and pretty much anything else you can name. A lot of that comes from a light being shone on what is really going on and greater insight into what agendas are actually at play is gained by the general public. Arguably that lack of trust is healthy as it encourages a greater sense of accountability along with big questions being asked about what those things are supposed to stand for. That idea is somewhat at the root of Without Remorse albeit explored in a fairly clumsy way. 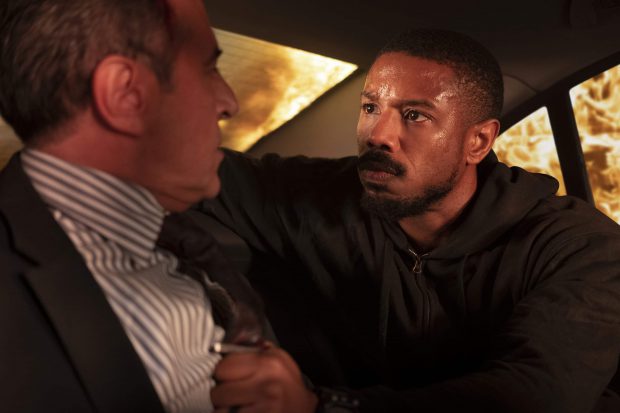 The early part of the film looks as if it will head in the direction of a revenge thriller. John Kelly (Michael B. Jordan) seeks to avenge the murder of his wife and unborn child after she is gunned down in her sleep while he is in the house. Essentially he is consumed by grief and wants to express his feelings by killing the final assailant so sets about using his extensive skillset in order to make that happen. Greater complexity is quickly added when it becomes clear that there’s a conspiracy at play that John is only a small part of. Chess metaphors are liberally deployed to outline what part John is expected to play in the whole thing. A not insignificant amount of time is devoted to him internalising that he’s nothing but a pawn in a game he had no idea he was playing. The film bends over backwards to make the conspiracy plot as complicated as possible though only by adding extra details that ultimately mean very little rather than developing it in ways that deepen an engaging mystery.

A number of compelling ideas are touched on without being fully explored such as soldiers risking their lives in the name of service only to be cast aside or betrayed, people being fashioned into weapons by the military to carry out unspeakable deeds in the name of freedom, America being a nation in desperate need of an external enemy for the country to be united in their hatred of, shady governments willing to do anything that furthers their agenda no matter how morally bankrupt and many others. All of these ideas are worth addressing and exploring but the film burns through them as if crossing them off a checklist in order to showcase just how timely it is. None of them receive much more attention than being mentioned with a character passing some sort of obvious comment on the idea rather than taking the time to explore what that idea really means to them and how it relates to the current situation. More focus was required rather than rushing through them.

John Kelly is fairly basic as characters go with easily definable traits and motivations that propel him through the narrative. Michael B. Jordan’s performance does a lot of heavy lifting and creates a deeper character than actually exists. His portrayal of grief, purposeful emotional detachment and anger among many other emotional states excellently brings John to life with his natural presence and charisma. His physicality in the various action sequences is always believable and there’s never any reason to question that John has the necessary skills to complete a given task though his abilities often border on superhuman sometimes to unintentionally hilarious degrees.

The rest of the cast come and go as needed though there are a few standouts such as Jodie Turner-Smith’s Karen Greer who has a believable camaraderie with John that comes from so much time serving together, Jamie Bell’s Robert Ritter who usually shows up to move the plot forward while making a reasonable impression whenever he appears and Guy Pearce’s Secretary Clay who is delightfully slimy and is never overused. These characters are often used to comment on the various ideas being identified and are defined by very basic character traits but they are memorable in their own way and help the narrative be easy to follow.

There are numerous action sequences throughout the film and they are all very well directed. A particular highlight is a tense battle with a sniper that showcases impressive squad tactics and maintains a strong sense of urgency. Gunfights are well laid out making them easy to follow and the hand to hand combat is impressively visceral. The variety of the action sequences keeps them from becoming stale and they never feel extraneous thanks to how the narrative is constructed. 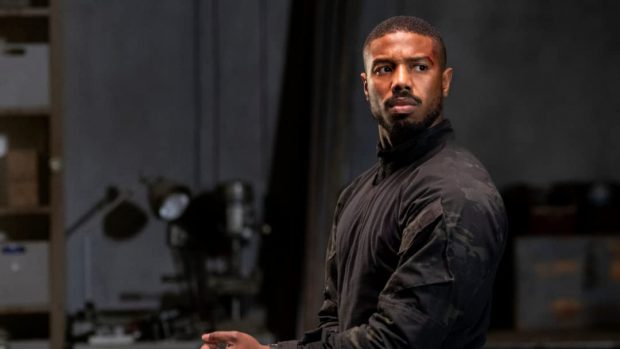 A serviceable if bloated revenge/conspiracy thriller with an engaging lead performance and impressive action sequences. One of the big problems this film has is that it overcomplicates what is actually a fairly simple story. A number of compelling ideas are addressed without being explored in any level of detail which makes it appear as if they’re being crossed off a checklist so that the film can be timely. Michael B. Jordan’s excellent performance adds layers to an otherwise basic character and the supporting cast successfully bring characters with easily definable character traits to life. The action sequences are varied and well directed with none of them feeling extraneous.