The X-Men find themselves faced with a threat from within when one of their own gains unimaginable power that they are unable to control in Simon Kinberg’s X-Men: Dark Phoenix.

It has been 19 years since the release of Bryan Singer’s X-Men; a film that would end up having a significant contribution to the superhero blockbuster as we know it today. Dark Phoenix is the twelfth -and probably final- film in this extended sort of connected franchise so it’s unfortunate that this enduring series goes out on a whimper.

The plot centres around Jean Grey (Sophie Turner) who becomes imbued with cosmic powers during a mission that takes the X-Men into outer space to save a damaged space shuttle. This influx of power quickly overwhelms Jean and she becomes a danger to both herself and everyone around her. Charles Xavier (James McAvoy) has to find a way to reach his wayward student before she becomes too powerful to control while other interested parties look to get their hands on the power to be used for their own ends.

This isn’t the first X-Men movie to do a version of the iconic “Dark Phoenix” comic book story. It’s something that is widely celebrated as a landmark in comics and with good reason though it’s not something I’ll get into here but it’s something that people are very attached to and want to see adapted with due care and attention. X-Men 3: The Last Stand wasn’t what people were looking for so now Fox is giving it another go and the results are largely the same. This is an adaptation that shows no real reverence for the source material that is supposed to inspire it. That wouldn’t be an issue if it managed to be something special in its own right but that isn’t the case either.

The main problem is a lack of focus. Reportedly Dark Phoenix was savaged by script revisions, reshoots and clashing visions on what the film should be. This definitely shows as there’s no sense of what the film is trying to be about. To its credit the plot does focus on Jean but it has no idea what to do with her and meanders through a number of concepts without settling on anything definitive. In the comic the story is about Jean gaining this power and struggling with how it changes her while trying to remain grounded in her own version of reality. This is touched on here but never properly explored. Other concepts creep in such as the suggestion of a destiny that needs to be fulfilled along with being corrupted by an external force but none of these stand out as being the true focus.

Other things are affected by this lack of focus such as McAvoy’s Xavier. Early on there is the suggestion that he might be the unwitting villain of the piece as he’s lost the objectivity and idealism that defined his goals before now. The X-Men have been accepted as superheroes and people in general are less prejudiced against Mutants so things are fairly rosy at this point. Xavier has become arrogant as a result of this as he believe the hype surrounding himself so there’s a suggestion that this ego is something to defeated. There is also something directly related to Jean that doesn’t paint him in the best light but the film barely bothers to explore that before moving onto the next thing.

The main series X-Men films are ensemble pieces that should have a team dynamic at their core. This film doesn’t despite all attempts to convince the audience that such a thing exists. There is the afore mentioned outer space sequence at the beginning to establish that they are a cohesive unit but none of the legwork is done to prove that this is the case nor does this persist over the rest of the film. In some ways the previous film has a lot to answer for here as it made a mess of introducing the younger versions of key characters so it left nothing to build on. The 10 year time jump doesn’t help as the audience is expected to simply accept how the relationships have developed rather than having that progression be earned.

I suppose Jean counts as the main antagonist but Jessica Chastain’s Vuk is also a contender. I won’t spoil who or what she is but she takes up a lot of screen time with very little to show for it. There was definite merit to her being a corrupting influence leading Jean down one path while Xavier is a counter corrupting influence trying to lead her down a different one. Vuk and Xavier could have been the opposing forces that help define Jean’s search for identity in the context of her new powers but this is far from the case. 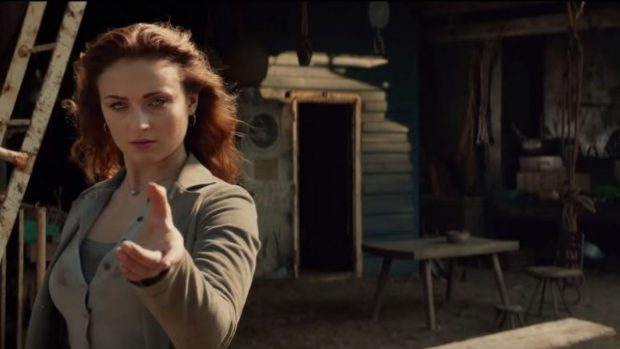 Jessica Chastain isn’t the only considerable star power wasted. Michael Fassbender’s Magneto makes a return but serves no useful purpose in the film beyond being entertaining to watch in his own right and Jennifer Lawrence’ Mystique has a bit more to do but is ultimately underserved. James McAvoy also isn’t trying very hard as Xavier but still does a competent job even if he constantly seems disinterested. For the most part the other actors are fine with Tye Sheridan being more or less good as Cyclops, Nicholas Hoult being competent if uninteresting as Beast. Alexandra Shipp’s Storm, Kodi Smith-McPhee’s Nightcrawler and Evan Peters’ Quicksilver are criminally underserved by very little screen time with nothing to do.

Another huge problem is that the film is a joyless slog for most of its running time. It’s a very dark story so shouldn’t be riddled with attempts at comedy but the onslaught of melodrama becomes tiresome very quickly. Practically every line of dialogue after a certain point is designed to sound dramatic and important to the point that it becomes almost laughable but never quite gets there. It’s almost as if the intention was to produce something akin to a Shakespearean tragedy but not having the skill to actually do it. The lack of a satisfying ending also brings it down significantly as does the overall blandness that ends up defining it.

It isn’t all bad; Sophie Turner is excellent as Jean Grey. She takes to the material wonderfully and plays the fear of what she is turning into really well. Her characterisation is inconsistent and the film gives her very little to work with most of the time but she never fails to sell what she has to for a given scene. There are moments where she is incredibly terrifying and others where she is intensely vulnerable. The range on display is impressive and she definitely deserved better material than was on offer here.

The action sequence are also fairly impressive in places. There is an extended fight sequence on a train towards the end -that is reportedly the result of extensive reshoots designed to inject some excitement into the climax- that is dynamic, well choreographed and makes good use of the various moving parts that exist within it even if some of the coherence is lost here and there. The afore mentioned space sequence isn’t bad either and the X-Men’s first confrontation with Jean isn’t without merit. None of this is enough to make up for what amounts to a failure in almost every other way. It is at the very least an interesting failure that may be worth revisiting to explore why it doesn’t work

A joyless slog that suffers from a huge lack of focus ending the long standing X-Men film franchise on a whimper. There are a lot elements at play within this film and some of them are really interesting in their own right but nothing receives the level of focus needed in order to stand out. This results in a patchwork mess of a narrative that buries the main character within it and fails to capitalise on the good ideas it has. Most of the cast are criminally underused and those that aren’t have little of interest to work with. The film fails because the core relationships aren’t believable and there’s a great deal of confusion around what it’s trying to achieve. Sophie Turner is excellent throughout and cuts through some of the problematic material she is given. Some of the action sequences are impressive as well but it isn’t enough to make up for what amounts to a failure in almost every other way.