Arrow heads to Russia so that the team can stop the sale of a nuclear weapon to terrorists by the corrupt General Walker.

I can’t believe Team Arrow are dealing with nukes again. Wasn’t the lesson learned last season about how bad an idea that was? This is something that should be beyond what a street level team deal with as the stakes are completely unrealistic. 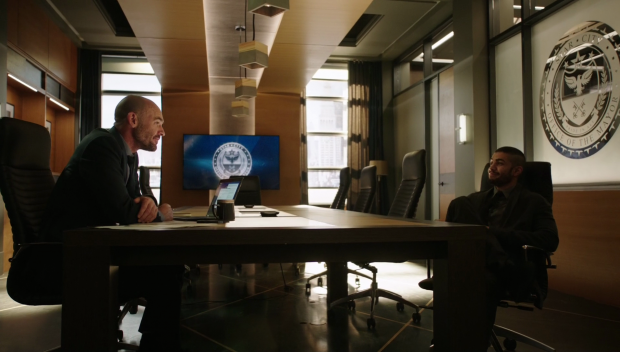 This wasn’t nearly as bad as the insanity of the season 4 finale as it did more or less play to the strengths of this show. It involved the team heading to Russia so that they were out of their comfort zone and their skills were being used in different ways.

The Nuke itself wasn’t actually that important as it existed purely as the reason to get them to Russia so that Diggle could get some closure on his conflict with General Walker while Oliver gets to revisit the Bratva after being estranged from the at the end of season 2.

I mentioned last week that Diggle’s innocence being proven felt a little big rushed and wasn’t as strong as it could have been due to it pretty much happening off screen. A follow up was necessary but I’m not sure this was the right way to do it. Having Diggle essentially out for blood against what Walker did to him and the threat made against his family definitely provides more than enough fuel for him to be encouraged to compromise his morality in the name of what he considers justice.

The line between revenge and justice has always been a thin one and this is explored through Diggle this week who torturers a man to get information on Walker’s whereabouts. Oliver is the one to pull him back and make him see a better way. This reversal in the normal dynamic is really interesting viewing because Diggle is usually the emotionally balanced one where Oliver is about to go too far. Oliver’s development can clearly be seen in his approach to this situation and it highlights how angry Diggle’s situation makes him feel. Essentially he feels betrayed by his country since Walker is never brought to justice for his crimes while oliver is on a journey towards becoming more emotionally stable. 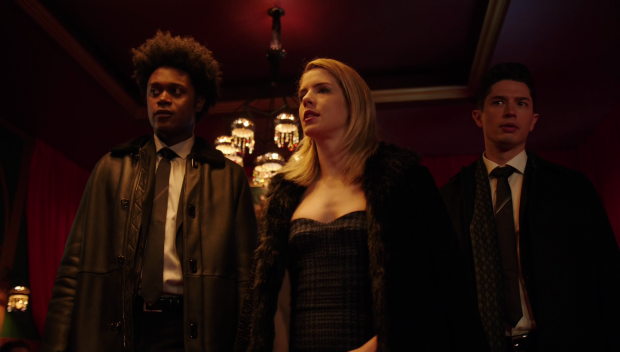 Felicity’s return to her roots is continued here when she uses the information given to her last week to help out with the current situation. The dynamic between Felicity and Rory is a really interesting one because Felicity risks going too far in her own way while he takes on the role of her conscience. Their connection has built on from Rory forgiving him for diverting the nuke to Havenrock and it has become a friendship that feels both natural and functional for the characters as well as the overall plot. Rory seems to understand what Felicity is at risk of becoming and wants to stop her doing that.

If Rory is really leaving the show then Felicity risks sinking further into her questionable morality which could be an interesting arc for her. I hope that Rory doesn’t leave because he has become an important part of the ensemble even if his rag based magical powers are somewhat ridiculous. Using them to absorb a nuclear explosion is laughable even for this show.

Flipping the normal script on the Felicity, Diggle and Oliver dynamic to having them going through their individual crises while Oliver acts as the voice of reason is a great idea. The original Team Arrow have earned the right to have the meatiest stories and the rest of the characters mainly exist to support them in whatever way is required to the character structure on this show is currently spot on aside from Thea not being around but hopefully that will be fixed soon. Diggle says it best when he points out that they need each other to become the best versions of themselves and that pays off when he is able to draw strength from the faith Oliver has in him to let Walker live. It’s a simple yet powerful character moment and a similar revelation is still to come for Felicity.

Oliver’s relationship with Anatoli at this point is interesting to watch but fractured relationships always are. He resents Oliver for breaking his connection to the Bratva when hunting for information on Slade back in season 2. It doesn’t take much to repair it which feels a little odd but it highlights that true brotherhood isn’t something that is easily broken. Oliver going after the target that Anatoli gives him is a really entertaining scene as it shows just how skilled he is. The take down is effortless and allows Oliver to team up with Dinah who feels largely along for the ride rather than being part of the team. Her saying that she has no time for brooding is funny though and hopefully marks a reduction in that. At the very least she should call Oliver out on it if he falls back into that pattern. 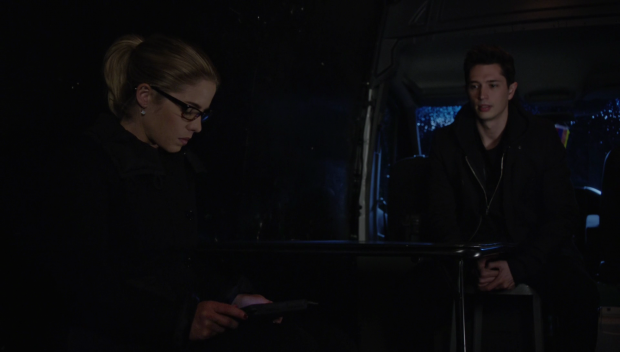 The flashbacks didn’t really connect to the present day this week but I liked the reversal of the visuals. Team Arrow spends most of the episode dressed in unassuming outfits to hide their identity while Oliver is in costume during the flashbacks. It’s different to what we typically see and stands out for that reason. I wonder how Oliver acting as Talia’s apprentice will tie into him becoming a Captain in the Bratva. It will have to connect at some point but I’m not sure how it will.

Susan’s role in the episode does connect to the flashbacks as she is continuing to investigate Oliver being photographed in Russia 5 years ago. It also turns out that there are images of him in costume from back then which is a bit of a leap but it ties into the theme of Oliver’s past crashing into his present. It has been so long since Susan’s investigation of Oliver’s Russian past has been mentioned that I assumed it had been dropped. Perhaps that is the reason for her relationship with him but I also get the impression that their connection isn’t a false one so we will have to see how that plays out. She seems to know that Oliver is the Green Arrow like pretty much everyone does so this will come to a head pretty soon.

Quentin makes a welcome return in this episode after a stint in rehab. He insists that he’s better and is ready to return to work a Deputy Mayor but he seems a little too sure of himself  in a way that suggests he is ignoring his problems rather than facing him. His contribution to the episode involves preparing for an interview with Susan who is sure to grill him so Rene steps in to help with the preparation. As I said above the new members of Team Arrow are in a good position to support the main cast while still managing to come into their own.

Rene is a damaged human being so can relate to Quentin on that level. He is able to cut through the self imposed denial and start to get to the root of his feelings. It’s a solid story and I like the way Rene challenges Quentin. The reveal that Quentin inspired Rene to be a better person when he was younger could have been corny but it works well enough thanks to the performances. It could be that a really interesting dynamic has been found through this. Whether Quentin will crumble under the pressure again remains to be seen but for now it seems like he is on the road to recovery. I would like to see him interact with Black Siren at some point as that would give Paul Blackthorne some really juicy material to play with. 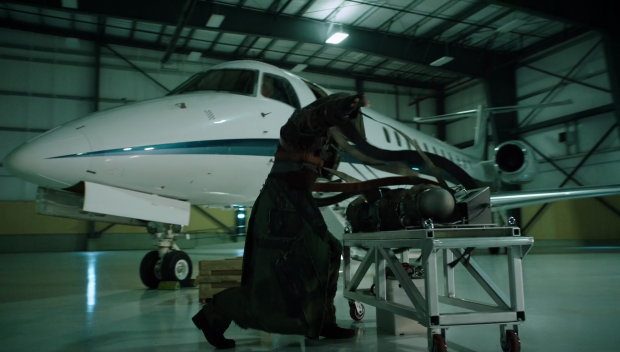 One disappointment here is that we didn’t get to see the Susan interview that was being built up to. It is mentioned that she goes easy on him which suggests that she does have some empathy but it’s something that should have been given some coverage.

Another excellent outing that takes the characters out of their comfort zone and tests them in different ways. Flipping the script on Oliver, Felicity and Diggle by having Oliver be the voice of reason was a really nice touch as it shows how much Oliver has grown as well as how conflicted Diggle and Felicity currently are. Diggle is able to use the faith that Oliver has in him to find enough strength to do the right thing but Felicity is still headed down a much darker path. Rory acting as her conscience is a dynamic that works but could be problematic if he really is leaving the show.

Dealing with nukes again seems over the top but at the same time it isn’t made a big deal of in this episode. There is the lunacy of Rory using rags to stop the detonation but other than that it is simply the reason for them to go to Russia. The real story is Oliver’s connection to the Bratva and restoring that which works really well despite not feeling connected to the flashbacks. At some point Oliver’s team up with Talia will need to connect to the Bratva flashback story but for now they feel separate. Quentin and Rene’s interactions are really interesting and an engaging dynamic is created between the two of them. The reveal that Quentin inspired him could easily have been corny but it manages to come across as sincere thanks to the performances. It’s a shame that we didn’t see Quentin be interviewed by Susan considering that is what the episode was building to.