Arrow has been taking its time establishing the new status quo and setting up how things are going to work this season. The focus has been on forming the team and moving back to a more street level approach when it comes to villains.

Tobias Church is a street level threat who is formidable enough for this new Team Arrow. They don’t gel well together as yet and are really in need of seasoning. Some of that is down to their individual inexperience and inability to work together but a lot of it is down to Oliver’s leadership skills. 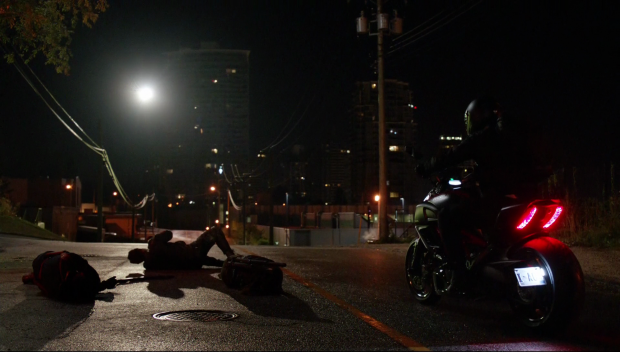 That’s what happens when you mess with Oliver Queen

In short, he’s brutal and doesn’t really give them any opportunity to make mistakes without getting chewed out for it. It’s a really toxic environment to train in and the cracks are definitely showing. It is easy to see Oliver’s point of view in all of this as he has seen people die while fighting to protect the city and any mistake could lead to death. In his own way Oliver wants the team to be safe but he’s going the wrong way about it.

Every episode seems to be about him learning a different leadership lesson. Two weeks ago he learned that he has to show trust in order to gain trust and last week he learned that he is accountable for the actions of his team. This week his main lesson seems to be that the team won’t blindly follow his orders. It could be argued that Oliver should have already learned these lessons but the dynamic he had with the old Team Arrow is far different to this one. The old team were all close to him as Oliver Queen so were able to challenge him in ways that these new recruits just can’t. If Diggle or Laurel decided they weren’t happy with something then they would have no problem telling him and he would eventually listen.

This new team doesn’t have that pull with him because he doesn’t really respect them and thinks he knows so much better than they do. When it comes to fighting crime and keeping the city safe Oliver knows a lot but when it comes to managing the needs of his new recruits he comes up very short. He has made no attempt to get to know them and it really shows in this episode.

I liked the sequence that was supposed to be training for Evelyn -with her new code name of Artemis- but resulted in Mad Dog taking things into his own hands. Naturally Oliver isn’t happy with that but Rene feels that he has to step in. Oliver standing on the sidelines trying to make sure the training is as controlled as possible was a really nice touch and the fact that Rene can’t help but join in shows that the team aren’t the well oiled machine that Oliver wants them to be. 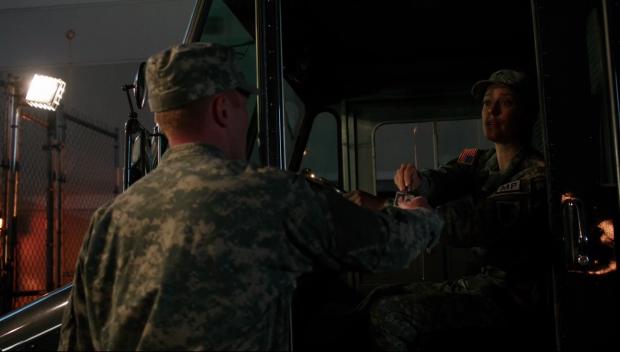 Oliver’s point is proven by the end of the episode when Curtis is badly injured and Rene is captured by Church. It feels like a big deal because Church is an imposing guy who can cause problems for street level heroes. I’m guessing that Oliver will feel guilty about what happened and blame it on the team for not being ready.

The team do act independently from Oliver in this episode when Felicity decides that his jailbreak mission is a stupid idea and sends them to deal with Church because there are no other options. It’s the first time we see them without their leader and it does go badly but it also shows that they are starting to come together and bond with one another. They will be a good team someday but need more work to get there. The fact that they enthusiastically go into action further shows Oliver’s shortcomings as a leader because he’s failing to consider that he is dealing with people who all have different styles and motivations.

Rory is probably the most interesting member of the team at this point as his tragic backstory is covered just the right amount without crossing over into angst territory and outstaying its welcome. His interaction with Felicity where they have an open discussion around how they feel about the destruction of Havenrock works really well and quickly gets to the point that they both need to find a way to move on before they are completely consumed by their grief. It’s a mature conversation and Rory is able to find a way to see the other point of view. It’s a nice piece of character work and the actors deliver it well. I also like the idea of the Ragman being a dynasty of sorts with Rory’s father and grandfather both previously wearing the mantle.

Outside of Rory the rest of the team are a mixed bag in terms of development. Some work has been done on Rene and his recklessness but  this risks becoming repetitive if there isn’t going to be any more to him. Evelyn is really badly underdeveloped and the problem gets worse as the weeks go on. I’m still not buying into Curtis being a meaningful part of the team either which is a big problem. 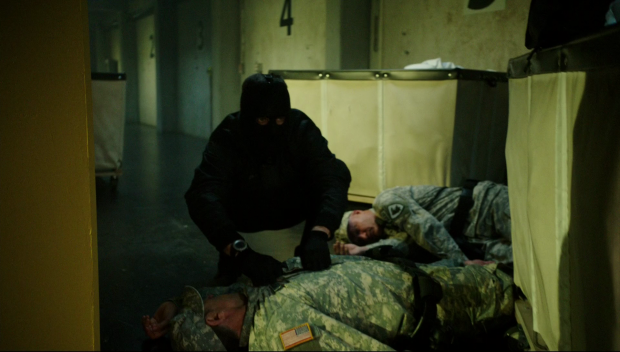 Oliver’s mission to free Diggle from prison is really well handled. This allows for a really engaging team-up between Oliver and Lyla that really should have come sooner in the run of this show. Lyla is just awesome at whatever she does and really conducts herself well here. The scenes of them infiltrating the prison were really well executed and a rare moment of pure stealth for the series. It makes sense as well considering Oliver completely outclasses any prison guard in terms of skill so the stealthy approach works better in this instance.

Oliver’s skills are something that really jumped out at me in this episode. When his team try to confront him about his reckless mission to save Diggle he is able to effortlessly bring them down and get them out of the way. This shows how much restraint Oliver exercises when fighting crime. If he really cut loose then he would do a lot more damage than he currently does. It’s a small character beat but it comes through stronger for it.

Saving Diggle is of course a foregone conclusion as the show can’t have him in prison for the entire season plus his plot risks falling into angsty territory already. Diggle needs to be involved in the story and committed to clearing his name because that’s who he is and how he works best. Oliver was a little quick to suggest that he rejoins the team as Spartan as that’s a conversation they can work up to but his justification for not letting Diggle abandon his son because he feels guilty about killing Andy. This is enough of a wakeup call for Diggle to agree to help Oliver and gives us the strongest friendship in the show back.

The whole prison mission is nicely complimented by the flashbacks despite how different they are. Anatoly is a great character who can switch between comedic and ruthless at almost no notice. In this case the relationship draws the parallel more than the situation does as Oliver becomes good friends with Anatoly later. The way the two time periods explore how those friendships form and work is incredibly well handled and I find myself interested in the flashbacks. 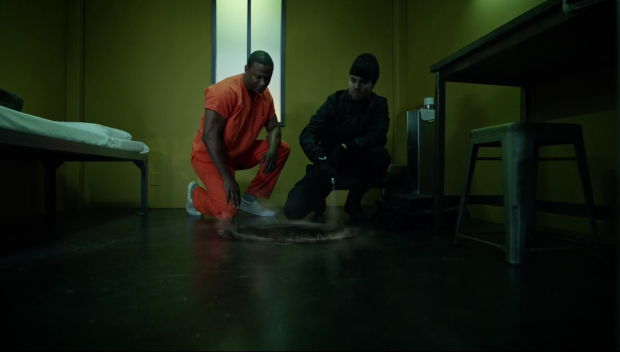 This episode develops Adrian Chase (Josh Segarra) a little more after his introduction last week. I didn’t talk about him last week because his contribution to the episode wasn’t really worth talking about but he has a lot to do here and we get an idea of the sort of person he is. He’s a very practical character who tries to get justice whatever way he can. Some of his dialogue points out that the only way to get things done in this city is through vigilantes and there’s a hint of resentment in his voice when he admits that. So far he’s an interesting character who has meaningful chemistry with anyone he happens to interact with and there definitely seems to be more to him than we see. Whether he will turn out to be Prometheus remains to be seen but it would make a lot of sense given that he has a grudge against vigilantes. Prometheus specifically has it in for Green Arrow so there is a link there and this would make him a hypocrite which has its own implications.

A really good episode that juggles different plots in ways that work well. Oliver and Lyla’s prison infiltration makes for great viewing and bringing Diggle back into the fold by reminding him that he has a responsibility to his son is perfectly in keeping with Diggle as a character. It will be good to have Oliver and Diggle interacting again too.

The team are a mixed bag so far. Curtis and Evelyn are badly in need of some development and Rene’s characteristics are starting to feel repetitive. Rory is well handled though and the steps he and Felicity take towards putting the past behind them made for some good character work. It was a nice idea to have the team act independently of Oliver and show that they are getting better but still aren’t good enough. Having Curtis injured and Rene captures raises the stakes in very real ways and lets us see more of Church. Even the flashbacks are still relevant which baffles me. Arrow is onto a winner this season.