DC’s Legends of Tomorrow takes the team back to 1863 Mississippi in the middle of the American Civil War to deal with Confederate zombies as well as an unhealthy dose of racism.

Racism is an issue that this show has largely sidestepped in the past. It has come up here and there but never been explored in any detail. The same applies to gender politics and how they apply to different time periods. Last season’s “Night of the Hawk” was the best example of both of these coming into play and there have been occasional references but this is the first time that the episode makes it a part of the story. 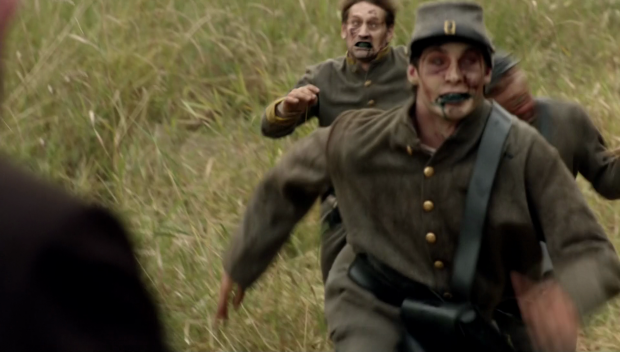 Jax becomes the audience avatar for experiencing this for obvious reasons. It is finally mentioned that being black means that there isn’t really a time period where he will be fully accepted. Timeless handled this in the very first episode so it’s good that this show is finally catching up with this. Jax’s awareness of this fact and the acceptance of that shows a maturity to him that we rarely get to see. Not seeing this often is more down to Jax fading into the background in most of the episodes.

Interestingly, fading into the background is a big part of this episode as it is the reason Jax goes undercover in the first place. He’s confident that black people are invisible enough in this time period that he will be able to complete the mission with no problems.

Of course this isn’t the case and his modern sensibilities get him in trouble. It is noticed that he addresses a white woman directly which is a sign of disobedience according to the plantation owner. Any attempt to talk his way out of it makes the situation worse and he is chained up with the other slaves. It’s a brutal thing to show but also reflective of the reality of life for black people in 1863. Jax may know the facts surrounding it but living it is something entirely different and Martin points out how angry and scared he is by what he is experiencing.

I think the episode could have handled this issue with a lot more depth and done something really interesting with it but the handling of it was fairly superficial. Jax being chained up with other slaves should have been the perfect opportunity to explore the hardships they have endured and the difficulty maintaining hope. The conversations while chained up didn’t quite scratch the surface on that but the attempt was appreciated. 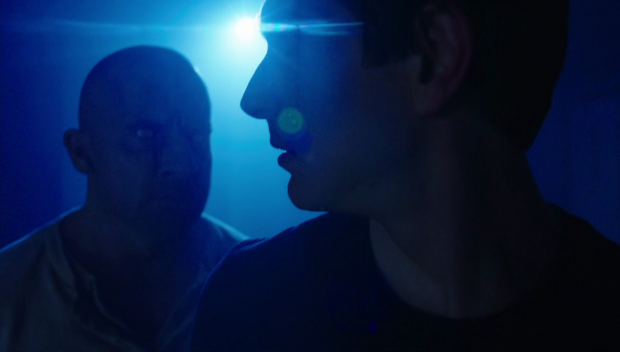 Attack of the Zombie Mick

Despite that there was a really powerful moment when the plantation was burning down. Jax simply wanted to stay for a few more seconds to watch it burn because there was satisfaction in that. It was subtle and perfectly encapsulated how cathartic such a sight would be for anyone who was put through that.

Franz Drameh did a good acting job in this episode and there was a lot asked of him. He did a lot with facial expressions to show Jax’s disgust at the situation and there were moments of genuine terror on his face. It was a tough episode for Jax to endure and that came across well.

Amaya was involved in this plot as well but she wasn’t used as well as she could have been. Her insight on the treatment of black people could have been valuable as well but she mostly runs support and is used to ask why Jax won’t get more involved by stopping a woman from being whipped. It makes sense from the point of view of not wanting to blow his cover and having the timeline at stake. This pays off when Jax decides that he can’t sit by and do nothing but Amaya’s role could have been far stronger.

The zombie plot was a mixed bag. Beyond the novelty of Confederate zombies there wasn’t an awful lot to it but it was fun enough to see. The best part was having Mick infected with Ray and Martin working to cure him while the Waverider became a haunted house for the week. These scenes were genuinely creepy with the Waverider easily turning into a claustrophobic, dimly lit deathtrap. 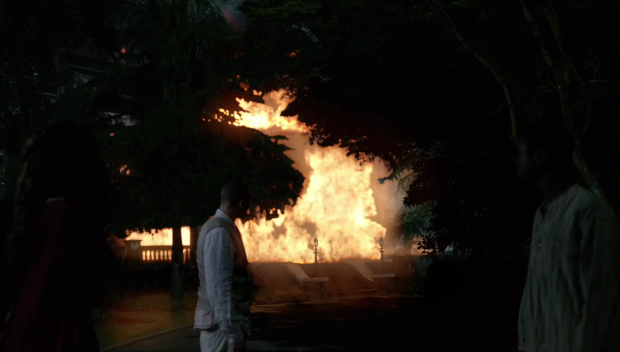 Mick is one of the best characters on this show so having him become a mindless zombie is a bit of a mistake since it means he has limited zingers but it did allow for important development in his friendship with Ray.

Ray is struggling to find out how worthwhile a part of the team he can be now that he has lost his suit and has every reason to feel useless when Sara benches him. It’s clear that she feels that he will be a liability in the field at this point and it hurts for Ray to think of himself in that way. Science is something he can embrace at least and he uses that to cure Mick.

Mick is very grateful and he realises that Ray has lost something important to him. This is something that Mick can relate to as he still feels the loss of Snart and is looking to honour him in some way. He decides that Ray is worthy of wielding the cold gun and being his partner which takes Ray by surprise. It’s a logical progression for their relationship as MIck has always had a grudging respect for Ray so is now ready to give him the benefit of the doubt and see what he’s made of. Ray becoming the next Captain Cold could be good fun and I’ll certainly welcome more scenes between these two as they contrast each other wonderfully.

Martin was the weakest part of the episode as the running gag about him being terrified of zombies got old very fast. It was repeated far too often and didn’t really work in the context of the episode. He has a really tired arc of having to face his fears when the situation gets out of hand but the fear was never properly established so it just feels empty. 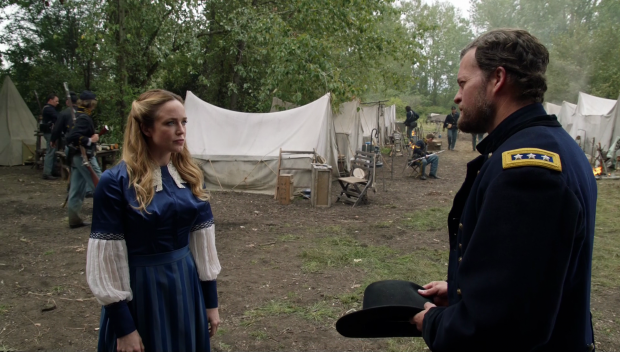 Outside of the Waverider, Nate and Sara help the Union with their zombie problem. This leads them to interact with none other than Ulysses S. Grant (John Churchill). It sounds more exciting than it is to have such a notable historical figure on hand but Grant is written to be blandly heroic. As I understand it the real life figure was far more colourful so to see none of that here is a disappointing missed opportunity. His final scene with Sara where he talks to her captain to captain was really on the nose and not something I feel Sara needed to hear.

The action sequences here and throughout were really good fun despite being fairly typical zombie fare. It was all impressively chaotic and each of the characters had an opportunity to show what they can do in one way or another.

Sara and Nate make for a fun pairing as they both want to take the lead with valid arguments for why they should. It’s surprising how easily Nate has folded into the group dynamic and he’s a lot of fun as the history nerd. I mentioned last week that the trigger for his powers seemed to have been found without any real work done build to it. According to this episode he still doesn’t quite know how to work his powers but he’s able to find a way to bring on the change when the plot really needs it to. A lot more work needs to be done on this to make this arc wortwhile.

One thing the episode suffers with is that it doesn’t tie into the overall story in any way. The team are chasing after a random time pirate when it could easily have been Reverse Flash behind this in his vaguely defined attempts to alter history. As such the episode does feel a little disposable with the only tie to any larger story is a repeat of the Barry Allen message from last week with one extra line about a coming War. 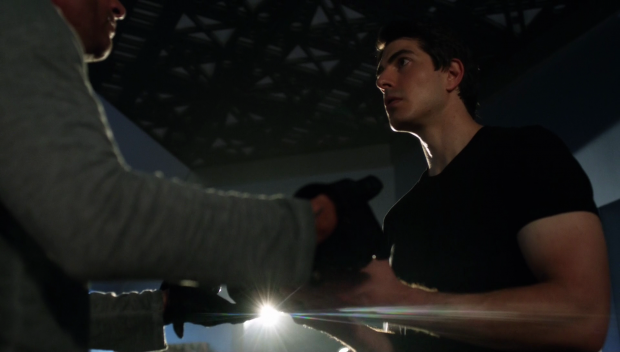 Ray finds a new use for himself

A solid episode that attempts to tackle the heavy theme of slavery through Jax’s experience of the American Civil War. It’s well done in places and Franz Drameh delivers a good performance but overall it’s fairly superficial and could have been handled with more sophistication. Ray dealing with zombie Mick was really entertaining despite losing access to Mick and his zingers for much of the episode and it allowed Ray to explore his potential worth to the team with an unexpected offer from Mick to cap it off. Martin’s fear of zombies didn’t really work for me as it was a joke that was really played out.

The zombie story was a mixed bag but overall came off fine. Ray and Martin on the Waverider dealing with Mick was appropriately creepy and the Sara/Nate parts of the plot worked well enough despite being standard zombie fare. I wonder why this wasn’t tied into Reverse Flash’s plan as the episode feels a little disposable with the team only going after a random time pirate.