DC’s Legends of Tomorrow assembles the loom of fate and deals with a threat from within the Waverider.

Even placeholder episodes of this show are immensely fun. In other shows an episode like this would represent a forgettable holding pattern as the hunt for the plot device is over but it isn’t quite time to start aggressively moving towards the climax of the season. In the case of this show an episode like this is another opportunity to have some crazy fun and provide some meaningful characterisation at the same time. 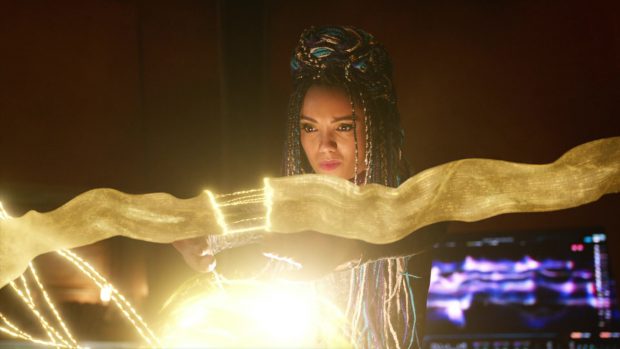 The strands of fate

The loss of Behrad weighs heavily on the team; particularly Zari who demands that the first fate rewritten be his. This creates some tension between the team and Astra who feels that she should take priority but Charlie uses her authority as a Fate to make the decision for them and opts to rewrite Behrad’s fate as a test. If you’ve watched TV before then you’ll know that such a thing could never go according to plan and Charlie’s attempt causes an explosion that cripples the Waverider. The rest of the episode focuses on the characters scrambling to solve the mystery of who or what is acting against them in the wake of this chaos.

In terms of plot there’s not much more going on here as the meat of the episode is to be found in the characters. In general there could have been more going on in the plot, especially where the Loom of Fate and Charlie were concerned but it didn’t detract from the entertainment value too much. This episode does allow Astra and Zari to be brought together by their similarities and reach an understanding because they both understand what it means to lose someone close to them. Zari wants Behrad back and Astra wants her mother back. Early on the episode sets them up as rivals defined by being opposites and slowly transitions to this understanding that makes them working together so that they can both get what they want believable. Zari 2.0 has slowly but surely been embracing aspects of the former version and Astra represents almost a dark mirror of the old Zari that is now gone so there are similarities there for the show to play with. The final scene they share where Zari offers her as close to a hand of friendship as she can get given the circumstances in an effort to break the cycle of either the team using her or her using the team to achieve their own goals is great because it showcases Zari’s values and her belief in the possibility of redemption. Astra’s insistence that she won’t be staying long sets up an arc that will likely lead to her changing her mind on that eventually and knowing that Zari has offered her an alternative to the constant antagonism opens the door for things to change.

Astra’s presence in the episode is to be the obvious suspect when things start going wrong. This causes tension when John doesn’t want to believe that she would do this where the rest of the team have no reason to trust her. It’s a fairly standard setup and does its job in ensuring that the characters aren’t aligned in their assessment of the situation. Astra finds herself in a hostile environment where she isn’t interested in proving her innocence to those who will never believe her and John finds himself on the fringes of opinion as usual when he thinks that something else might be at play. Even when video footage of practically everyone except Astra sabotaging the ship she still gets the blame which highlights how reluctant everyone is to accept Astra as part of the team. Her presence is a means to an end as far as she’s concerned and nobody except John is eager to welcome her aboard at first. 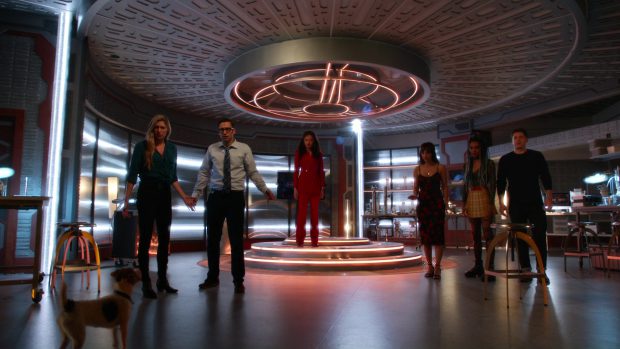 The threat is among you

Sara’s newfound blindness has also granted her the ability to see visions of the future whenever she touches another living being. This leads to he being wary of herself as some of her visions include her brutally murdering the rest of the team. Considering she’s had previous for being controlled and turning on the team it’s reasonable that she would be worried about this happening again so she does everything she can to keep away from the others because she knows how dangerous she can be even when she can’t see. Her new ability proves instrumental in smoking out the real enemy when she touches Gary’s emotional support dog; Gary Jr. and gets a vision of the unassuming canine ordering her to kill Gary before she promptly complies.

Knowing this show it’s expected that the dog would end up being the villain but it’s no less satisfying when it’s revealed. Getting a second look at the clips of the team performing various acts of sabotage with the dog just out of frame barking at them is hilarious. Seeing how excited he is with his wagging tail and constant barking just completes it. I wonder how many times Gary’s sheer idiocy has almost doomed the team at this point because he really shouldn’t be allowed anywhere near the Waverider at this point considering how often this happens. The fact that he fails to learn his lesson and produces an emotional support Bunny at the end of the episode prompts the perfect facial expression from Ava where she says without words “here we go again!”. The dog itself is a fairly shallow antagonist with little in the way of depth but he was never supposed to be a well developed villain as the focus was more on the problem he created which means that he becomes relegated to an obstacle that none of them imagined. Once the truth was known he was dealt with relatively easily while still creating a believable level of threat for the team to deal with.

Mick’s recent story has been an unusually weighty one for him. It’s not that he hasn’t had meaningful plots over the years. The loss of Snart was particularly strong because of the self reflection it prompted for him and the ongoing plot where he was nervous about indulging his creative side was inspired but much of the time he adds in a few choice moments of hilarity into a given episode and returns to the background which works for him most of the time. This particular plot where he bumbles around trying to figure out how to be a father is working really well because of how volatile he is. I like to see him try to convince himself that he doesn’t care only to come back later even more committed to doing his version of the right thing. He knows he’s far from the best role model and will forever be haunted by the memory of killing his own parents so he’s worried that what he perceives to be wrong with him will affect Lita and ruin her life. Despite that he wants to be a part of her life and makes a genuine effort even if he almost always gets it wrong, at least at first. His major issue in this episode is that he assumes he knows what Lita wants to do and has no idea how to react when he finds out that she doesn’t want to do that. He also frequently panders to her when she resists him such as showing her the Waverider when she would rather study than spend time with him or showing her his stash of stolen items when she challenges his competence as a father.

This plot is proving to be a revelation for Dominic Purcell who is getting plenty of opportunity to deliver excellent performances as Mick navigates the unpredictable waters of parenthood. Mick’s determination is always evident but the way he expresses it is often less than ideal which provokes a confrontational response from Lita who has no real idea how to engage with her father. Their relationship at this point is largely defined by an inability to communicate properly and it’s preventing them from finding a baseline to start building a relationship from. Mina Sundwall is great in the role of LIta and makes a great foil for Dominic Purcell. They bounce off each other really well and their scenes together are really strong. I’m unsure if Lita’s talk about investing Mick’s stolen assets at the beginning of the New York Stock Exchange will amount to anything though her presence in the show does likely have a connection to the ongoing plot in some way even if she will just present a challenge at a crucial moment. Even if the only reason this character exists is to provide an opportunity for personal growth for Mick then it has been more than worthwhile. 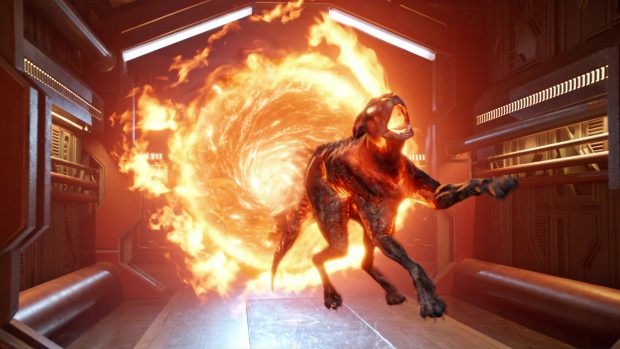 A strong character focused episode with a hilarious villain reveal. The episode could have done more with the plot as there isn’t much to it but the meat of it comes from the characterisation. Zari and Astra finding common ground over having experienced profound loss and wanting to undo it is a natural fit that makes their interactions work really well. Zari offering Astra the opportunity to break the cycle of using or being used is great because it showcases her values and belief in the possibility of redemption. Astra’s insistence that she won’t be staying long sets up an arc where she may change her mind on that and Zari’s offer to put an end to the antagonism opens the door for change. Sara’s newfound blindness coming with the ability to see the future is an interesting development that brings back her fear of how dangerous she can be. Even blind she could be lethal and the visions she has where she brutally murders the team cause her to become very fearful. Using Sara to reveal that the dog is the real villain worked well and the footage depicting the dog manipulating the team just out of frame was hilarious as was anything involving the cute dog urging the team to kill each other. Gary being the cause of this current problem comes as no surprise as he has previous for this which leads me to wonder why he’s allowed anywhere near the Waverider.

Mick’s continued efforts to forge a relationship with his daughter is a really strong plot for him. Their relationship being defined by an inability to communicate at this point causes frustrations for Mick who sees no way out beyond pandering to her. Dominic Purcell has plenty of opportunity to deliver rich and varied performances with Mina Sundwall acting as a great foil for him in the role of Lita. Whether she will factor into the main plot in a meaningful way remains to be seen though her interest in investing Mick’s stolen goods sets up a potential challenge at a crucial moment. Even if this amounts to nothing more than a character development opportunity for Mick then it will have been worthwhile.