DC’s Legends of Tomorrow travels back to the time of George Washington to stop the newest member of the Legion of Doom from killing him.

It’s February so of course it’s time for a Christmas episode! In a show about time travel that almost makes sense. This isn’t really a Christmas episode in the traditional sense but it it set during Christmas day in 1776 so it sort of counts. The team certainly decides to embrace it and celebrate it anyway. When people live outside of time the concept of holidays could easily fall away so it’s good that they were able to have that moment together as a team. 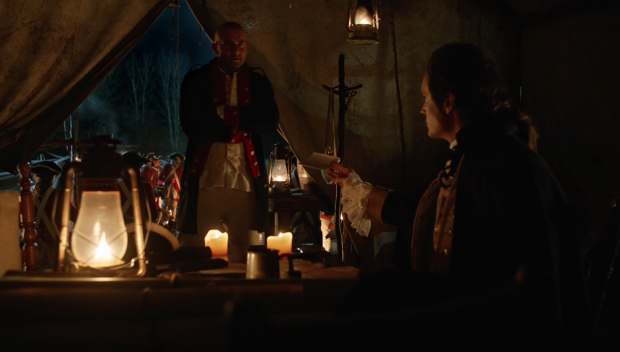 As cheesy as it was I really enjoyed the Christmas scene as it allowed the entertaining team dynamic that has been building since the show began to come out for fresh air. So much time in the episodes is spent talking about their mission or pairing up the characters in varying combinations so seeing them just sitting and having fun as a group was really refreshing and definitely something the show should do more of. Sara’s speech about family was pretty corny and out of character for though unless she was drunk when giving it which is a definite possibility.

Christmas aside, the team are tasked with saving George Washington (Randall Batinkoff) from none other than Rip Hunter. It feels like familiar storytelling; especially this season but the presence of Rip Hunter adds extra weight to it that would otherwise be lacking.

It’s a good thing that Rip’s around because nothing about George Washington is interesting or memorable. He comes across as a calculated list of what audiences might expect about George Washington rather than delivering a worthwhile spin on a famous historical figure. Doctor Who often adds character to well known historic figures and I would like to see this show try that rather than having something like this. He gives impassioned speeches and talks about honour a lot but there’s nothing else to him.

Pairing him up with Mick was an inspired choice because he embodies pretty much the opposite of what George Washington believes in. His opinion on what it means to be American a really interesting spin on it considering that this period in history was about securing freedom from the British. According to Mick, Americans are traditionally the outcasts not afraid to fight dirty in order to win. It’s not the traditional “God Bless America” platitude but it works for Mick Rory and I like that George Washington is inspired by these words to change his approach a little and ends up commissioning a statue in Mick’s honour. Historical Irony is a lot of fun and Mick Rory being branded an American Hero could be the dictionary definition of that term. 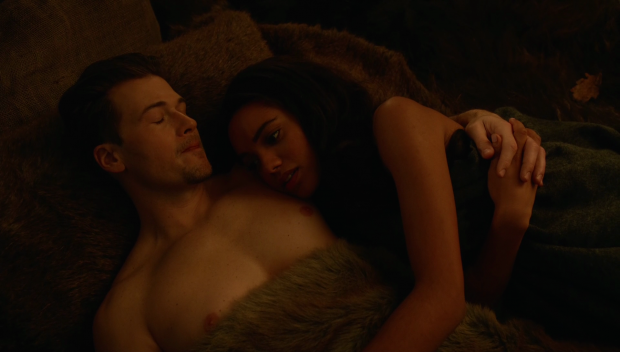 This episode gives us a relationship of sorts between Nate and Amaya and I’m in two minds about it. Unless I haven’t been paying attention the show hasn’t really done much work developing a romantic connection between them until this episode. Amaya and Mick seemed a more natural pairing in an unconventional couple sort of way so this feels like it comes somewhat out of the blue for me. Nick Zano and Maisie Richardson-Sellers have excellent chemistry so are able to sell the connection that they have but it doesn’t quite fit.

It doesn’t help that the circumstances forcing them together are completely ridiculous. I rolled my eyes when the Waverider being hit by a Time Quake forced Amaya to fall into Nate’s arms and hypothermia forcing them to remove their clothes so that Amaya’s body heat could keep him alive. It’s all ridiculous and a really forced way to bring them together.

Parts of this pairing do work really well though. Their discussion on the differences between courtship in Amaya’s time and dating in Nate’s time were a really natural way to get these characters talking. They talked about their lives before meeting one another and compared how different their experiences are. Nate telling Amaya about Tinder and casual dating genuinely feels like it opens her mind to possibilities that she hadn’t considered which is an important step forward for a character who seemed very set in her ways. Experiencing other time periods is definitely a good way to have your outlook on life challenged.

Amaya sleeping with Nate represents her acceptance that things are different for her and the way she views relationships has changed. Her stance is still that teammates shouldn’t fraternise but she let her guard down to have a fling with Nate so it definitely won’t end there. I’ll be interested to see where they take this but I hope it’s more sophisticated than having Amaya sleep with anyone across time that she happens to find attractive. It looks like Nate will be the one to develop feelings in this pairing based on the looks he was giving her which suggests it meant more to him than it did her. I just hope there’s a minimum of angst and that a good story is told. 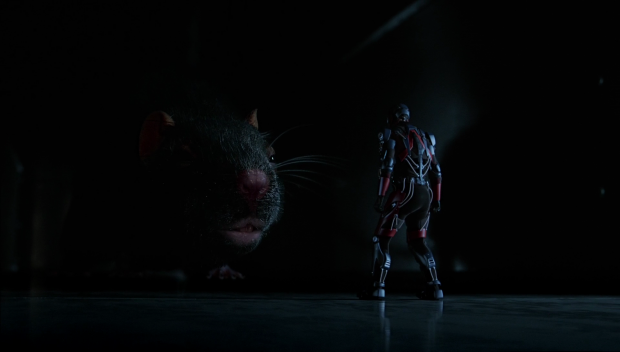 Rip Hunter was a great villain. I was concerned that there might be no place for him on the Waverider now that Sara has taken command and it seems that the writers know that as they are going to delay his return as much as possible. When the delay involves him using his knowledge of the team and the ship to bring them down then it’s a very welcome diversion.

It would have been so easy for him to come across as a mindless brainwashed drone who represented a threat to the team simply because he’s Rip Hunter but so much more is done with him that attacks the team on a very personal level. He remembers everything about his time with them and resents every second of it. His old life is clearly something he hates and the sadistic way he threatens his former teammates is really chilling in places. Arthur Darvill clearly has a great time playing the evil version of Rip Hunter and manages to keep a lot of the personality quirks he once had but give them a darker edge. It’s wonderfully over the top and a joy to watch.

The main conflict he has is with Jax who has been left in charge after Sara was seriously injured by him. Jax has a tough time being in charge because he is immediately faced with deciding what to do about their former Captain turned enemy and the piece of the Spear of Destiny. There is a really tense moment where Jax looks ready to pull the trigger and kill Rip but Sara manages to talk him out of it using the Spirit of Christmas as a reason. It seems comical on paper but Caity Lotz makes it work and it comes off as a really resonant character moment. Jax grows a lot in that scene as he realises what it takes to make the tough calls as a Captain. Ultimately Rip escapes with the piece of the Spear which effectively puts the team back at square one. It’s pretty typical of this show but here it works.

I’ve often mentioned that this show doesn’t really know how to have fun. Sometimes that’s not true and this episode is a great example of that. Lots of what I mentioned above is a lot of fun to watch but none of it even compares to Ray running around the Waverider’s ventilation system being chased by a rat. It’s silly, hilarious and tense at the same time. The writers need to find more ways to make use of Ray’s ability to change size because this was just too much fun not to repeat. 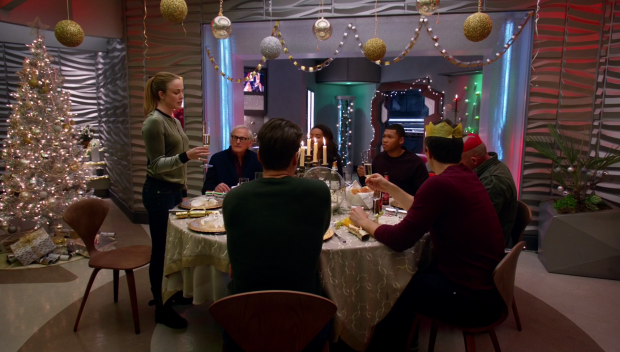 Another strong episode that manages to have fun while moving characters on in meaningful ways. George Washington may have been fairly uninspiring but Mick’s interactions with him were great. Hearing his views on what it means to be an American are perfectly suited to him and having them inspire George Washington was a nice touch. Amaya and Nate sleeping together both works and doesn’t work. The corny circumstances forcing them together are less than impressive but the conversation they have comparing dating in their native time periods works brilliantly. Having this pay off with Amaya deciding to explore a more casual experience with Nate is an important step forward that could develop in interesting ways as long as it’s kept as angst free as possible.

Rip Hunter acting as the villain was inspired. Arthur Darvill plays this part great and the fact that Rip remembers everything but resents his old life as well as his old self was a really nice touch. Allowing Jax to develop by realising how difficult it is being a Captain in Sara’s absence was well handled as well. The episode in general is a lot of fun to watch and Ray being chased around by a rat when he isn’t able to return to his own size was definitely the most fun part about it. The Christmas scene was very cheesy as well but it also worked because it let the team interact outside of a mission which is very rare.