DC’s Legends of Tomorrow brings a new recruit to the team and shows a bleak possible future banning religion and Metahumans.

Warped alternate futures are the bread and butter of time travel stories because they’re an easy concept to capture the imagination of the viewer. The hard part is making them engaging enough to hold the attention of the audience and this episode largely succeeds in doing so but lacks the necessary scope. 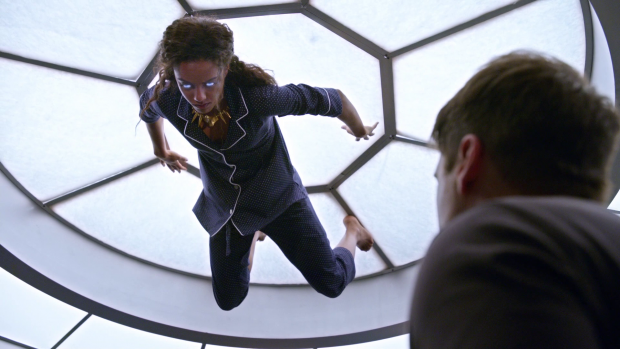 This alternate future depicts A.R.G.U.S. as the agents of a fascist dictatorship rounding up anyone who opposes the doctrine of the state. They also go after Metahumans as they have been made illegal. This works because it’s not too far a stretch for A.R.G.US. to become this had Amanda Waller remained in charge.

All of this serves as the backdrop to introduce the newest member of the team, Zari (Tala Ashe); a Muslim woman with access to an elemental totem like Amaya’s. She’s introduced as a criminal with a long list of offences and a knack for getting herself into trouble. The character is based on DC Comics character Isis but has had her name changed for reasons that should be obvious.

One notable thing about the character is her that she wields the aforementioned totem. There are five Anansi Totems -read the link for an explanation- that seem to be quickly showing up this season. Amaya wields the Spirit Totem, Kuasa possesses the Water Totem and Zari seems to make use of the Air Totem though this isn’t explicitly stated. It does seem very likely considering her ability to travel using tornadoes and so forth. I suspect the other Totems will be accounted for as the season progresses as it seems to be heading down a more mystical route. 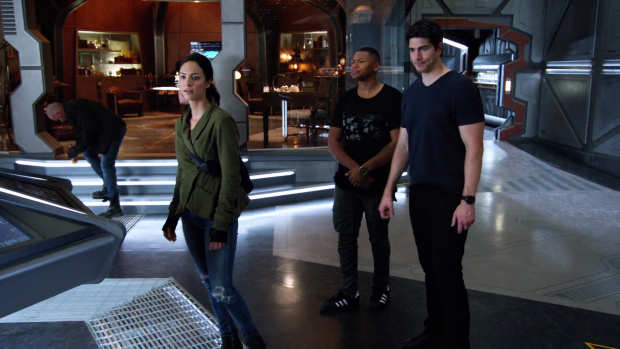 Zari is a good character who blends in well with the rest of the cast. She has charisma to burn, interacts well with the rest of the team and forges her own identity very quickly. Tala Ashe’s performance has an intensity that doesn’t feel overblown and there’s a mysteriously tragic edge to the character that leaves her with plenty of room to develop. There’s also an unpredictability to her shown by when she tricks the team into helping her retrieve the Totem rather than save her brother. So far her key relationships are with Mick -who is glad to have another criminal on the team- and Amaya who connects to her through their Totems. There’s a lot to play with here already and she makes a welcome addition to the team.

This episode wastes no time in making use of the introduction of Kuasa last week. Her role so far is to travel through time with targets she is tasked with killing. It’s a simple role but also a clear one and makes for one of several references to the Terminator franchise in this episode. Little is known about Kuasa as a person but she’s a very capable threat thanks to her water powers and her physical prowess. Sara is the benchmark for hand to hand combat in this show so anyone who can hold their own against her is automatically a significant threat. Her motivations and allegiance are so far unclear though it’s a good bet that she is tasked with rounding up the Anansi Totems.

Amaya’s arc in the episode involves getting her Totem under control which involves hallucinogenic drugs and a vision quest. It could definitely be seen as culturally insensitive given how the whole plot is portrayed and Nate’s behaviour when under the influence does the episode absolutely no favours though there’s no denying that it gets the job done. Amaya communes with her ancestor who tells her that the Totem has grown in strength because a powerful threat is looming and the key to control lies in trusting it. By the end of the episode she takes this lesson to heart and use the Totem to face off against Kuasa without losing control while receiving a tease of her connection to Kuasa who teases their connection before leaving. 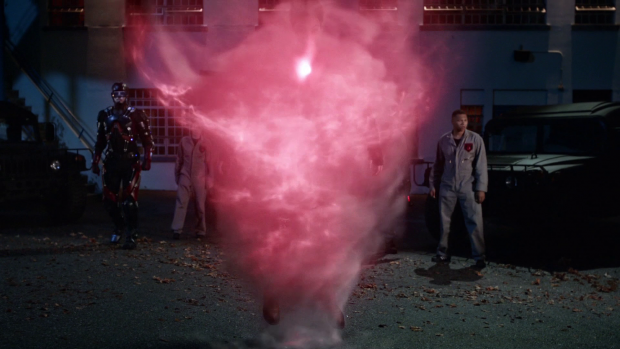 The portrayal of the authoritarian future is the weakest part of the episode as it largely lacks in context. A through line for this season is the Legends working to fix anachronisms across the time which is fine as it clearly sets up this bleak and oppressive future as the thing that needs be fixed. This isn’t the case as the anachronism is Kuasa’s assassination attempt which means that this future is something that is supposed to happen as far as the Time Bureau are concerned. This concerns me as it makes them suspiciously similar to the Time Masters in season 1 who rigidly committed to letting a terrible future happen. Rip Hunter’s entire character was based on preventing a horrible future so the shift doesn’t make a lot of sense.

This show being part of a shared universe means that the 2042 future we see in this episode won’t come to pass otherwise it means that the efforts of all of the present day heroes are for naught. It’s mentioned that the madness began in 2021 which puts it only a few seasons away for any of the shows that will continue.

Interestingly the episode does deal with the fact that the future is wrong and shouldn’t be allowed to happen though it is specifically related to Zari. Jax makes a case for understanding Zari’s behaviour and questions Sara on whether she is comfortable with being responsible for putting Zari back in a prison that brutally mistreats Metahumans. This argument could easily be amplified to covering the future itself. Are the Legends really comfortable allowing such a terrible future to happen as it spits in the face of their entire mission. How can they allow such a future to exist when they know that it renders everything they stand for useless? It’s a debate the episode doesn’t have though there’s still time to use Zari as an example of that which would then turn her into an anachronism.

There’s something of a repetitive structure to the episodes this season though admittedly this is only the second episode that explores it. Basically we have whatever the plot of the episode is followed by the Legends making a mess of some kind which leads to the intervention of the Time Bureau who oppose the Legends and their methods. The team then pull together to outwit the Time Bureau who promise that any leniency is over with. It’s fine for now and creates some entertaining action as Agent Sharp is a formidable presence for Sara but the longer it continues the more toothless the Time Bureau bxecome. Maybe the show will give it a rest for a little while or find some other way to have the Time Bureau challenge the Legends. 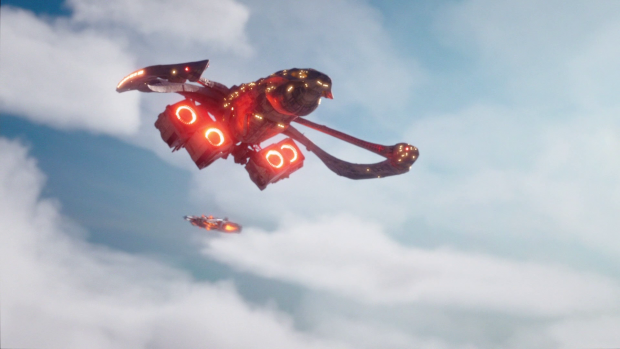 The Time Bureau have bigger toys

Another entertaining if problematic episode that introduces an engaging new character in the form of Zari. So far she fits in well with the rest of the team and her connection to Amaya through their Totems is already interesting enough to keep my attention. Kuasa is also a fun presence as a villain with cool powers and the ability to match Sara in hand to hand combat.

The subplot involving Amaya gaining control of her Totem was serviceable though somewhat culturally insensitive especially when it comes to the behaviour of Nate. The episode also misses an excellent opportunity to explore the morality of allowing such a bleak future to continue when it means that all of their efforts essentially amount to nothing. So far I’m enjoying the Time Bureau as a challenge to the Legends as Agent Sharp and Sara have a really fun antagonistic dynamic but I’m concerned that this will quickly become repetitive.