Doctor Who further reminds The Doctor that having a relaxing holiday is impossible when and idyllic resort comes under attack from vicious aliens.

It should be clear by now that relaxation is an alien concept to The Doctor. Every time an attempt is made to have some down time disaster inevitably strikes. This episode is no exception to that continuing the theme of The Doctor and friends finding themselves thrust into the middle of a dangerous situation. 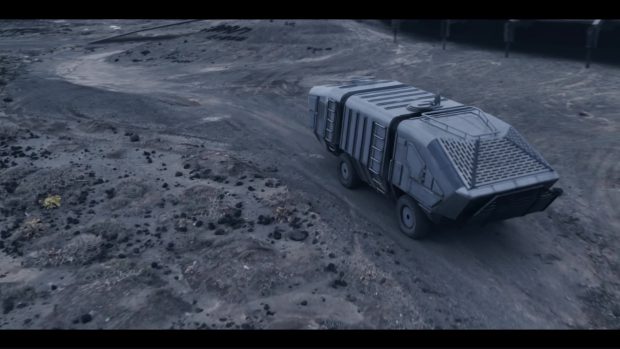 No time is wasted shifting from relaxation to life threatening danger. The situation begins to deteriorate almost immediately which is both a good and bad thing. It’s good that that the episode gets right into the meat of the story without much time spent on setup but the drawback is that there isn’t enough time to get a sense of the location they are in which robs it of some of its character. This might have worked better if it had any defining features but it was just a sterile looking set that failed to be memorable in any way.

The resort is being terrorised by creatures known as Dregs; mindless life forms with an instinctive desire to kill and no obvious way to stop them. their lack of sentience has some appeal as they are an enemy that can’t be reasoned with so they are effectively a force of nature and ultimately secondary to the main problem that makes itself known as the episode progresses. The Dregs are basically obstacles that create a constant sense of tension and act as a barrier to the continued survival of the characters which works well enough. In terms of design they look good and are shot effectively enough to create the intended feeling of dread. In some scenes the limitations of the practical suits are known and rob them of their menace to some degree but for the most part they fulfil their function.

If The Dregs aren’t the real threat then what is? As is common for Chris Chibnall’s tenure the real problem is Humanity. In this case this is on multiple fronts though the immediate threat comes from Bella (Gia Ré); a saboteur posing as a holidaymaker intent on bringing down the resort. Her motivation for this is simple revenge against her mother, Kane (Laura Fraser) because she abandoned her family in order to focus on making as much money as possible. It’s a motivation that’s really easy to understand and immediately points the audience sympathy towards Bella. The problem is that the episode doesn’t focus on the conflict between Bella and Kane so it’s very superficial in its execution. It’s late in the episode before it’s even revealed that they’re related which leaves very little time to do anything meaningful with it. There is some pointed dialogue about greed and abandonment before there is something of a resolution when Kane comes to her estranged daughter’s defence towards the end but none of it feels earned and the characters are too ill defined to allow any meaningful connection to them or their fractured relationship. This is an example of a good idea that is sloppily executed. There is also a half baked attempt at moralising when Bella’s actions are condemned by Ryan because of how destructive they are but Bella never properly answers for the lives she indirectly ended because of her selfish desire to get revenge on her mother. 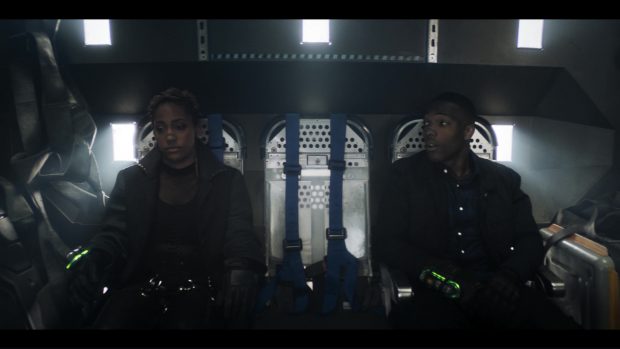 There is some entertainment to be had in Ryan’s attempts to flirt with Bella. Their back and forth is a lot of fun to watch and grows organically throughout the episode while never overstaying its welcome. Yaz’ attempt to interrupt them suggests a romantic dimension to their friendship that I don’t think is wholly justified though another possible reading is that she doesn’t trust Bella and doesn’t want Ryan to get hurt. The Doctor sitting right in-between them as they attempt to flirt while on the mission is amusingly oblivious and adds further texture to the quick attracting that exists between these characters.

The other companions don’t fare quite so well. After giving Yaz more to do in the first episode of the season she is sadly relegated to a supporting role and outside of some holiday themed banter from Graham he has very little to do as well which really makes the overall blandness of the guest characters stand out. It’s a shame they weren’t put to better use as Laura Fraser is capable of so much more than she was given here and there was clearly a lot more that could have been done with Gia Ré. Characters like Hyph3n (Amy Booth-Steel) are really thankless roles as they perform no other function than adding to the potential body count and delivering exposition at the right moments.

It’s a very oddly paced episode and the section where the characters venture outside the relative safety of the dome feels cut to the bone in order to meet the running time or the budget limitations. Important developments happen off screen to be later talked about and it’s very awkwardly edited in general.

The big twist revealed late on is that the planet they’re on -designated Orphan 55- is Earth in a future where climate change has left the planet as an uninhabitable wasteland. The Dregs are what the remaining Humans became following the man-made catastrophe that destroyed the planet. Another hallmark of the Chibnall era of Doctor Who is heavy handed messaging. In this case the message is about the importance of taking care of the planet and reacting to the situation before it’s too late. Climate Change is a severe issue going on at the moment and science fiction has always been an excellent medium to explore real world issues through an exaggerated lens. The trouble with this attempt is that it’s too heavy handed and didn’t need to be. Letting the reveal that the desolate wasteland threatening all of their lives was Earth all along sink in naturally rather than following it up with commentary on the state of the planet and how it isn’t too late for the right decisions to be made to prevent such a future. The Doctor makes valid points and Jodie Whittaker delivers her cautionary speech with the right kind of passion but it’s a point that makes itself and the script should trust the audience to come to that conclusion themselves rather than beating them over the head with it. With a bit more sophistication this episode could have been a really powerful commentary on how destructive we are to the planet we live on. 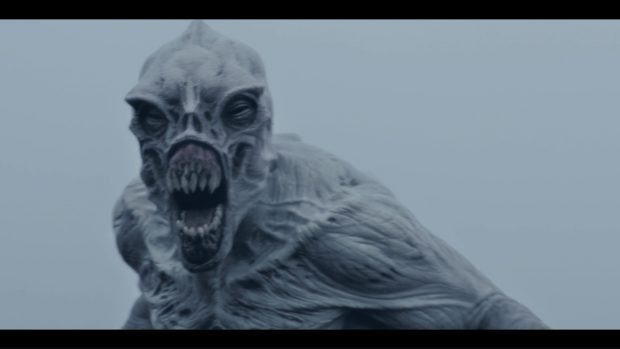 Take care of the planet…or else

An underwhelming episode that does some things well but suffers from rushed plotting, poor characterisation and beats the audience over the head with a heavy handed environmental message. It’s both a blessing and a curse that the episode establishes the danger so quickly as it means that no time is wasted but also highlights that the location has no memorable features that help it stand out. The Dregs are a decent enough threat and the fact that they lack in sentience means that they can’t be reasoned with which means that they are more of a force of nature that acts as an obstacle to supplement the real threat. As with many Chibnall era episodes the real threat is Humanity and this particular example is on two fronts. The first is the direct threat of Bella who wants to destroy the resort in order to get revenge on her mother for abandoning her and her father. It’s a reasonable enough motivation but their connection is poorly explored due to leaving the reveal that Bella is Kane’s daughter until too late. The second Humanity based threat is Climate Change and becomes clear following the reveal that the planet they’re on is actually Earth and The Dregs are Humans that never made it off the planet. It’s a good idea in theory but the episode delivers such heavy handed commentary on the issue that the impact is lost. Jodie Whittaker delivers her speech well but it didn’t need to be there.

There is merit in Ryan’s attempts to flirt with Bella. Their back and forth was entertaining to watch though Yaz butting in to put a stop to it felt out of place. The Doctor obliviously sitting between them was a nice touch and the characters had decent enough chemistry to carry their scenes together. There were some pacing and editing issues within the episode, particularly the segment where the characters leave the relative safety of the dome. It came across as if it were cut to the bone either for time or for budget. With a little more care and attention this episode could have been a powerful commentary on the dangers of Climate Change and the damage we’re doing to the planet we live on.